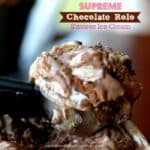 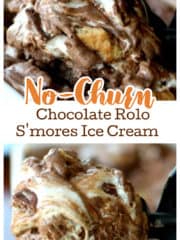 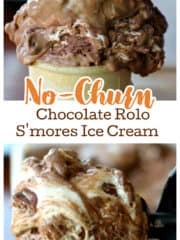 Came up with this fluffy, decadent Supreme Chocolate Rolo S'mores Ice Cream when I was craving some creamy, chocolate home-made ice cream the other day. Since I adore S'mores, why not add in some fluffy marshmallow cream and graham cracker bits to the ice cream too.  Ahem...I didn't stop there.  I chopped up some Rolos as well. OMG! Talk about a sinful combination!!!

Then I started reminiscing about my chocolate ice cream memories and this came about! 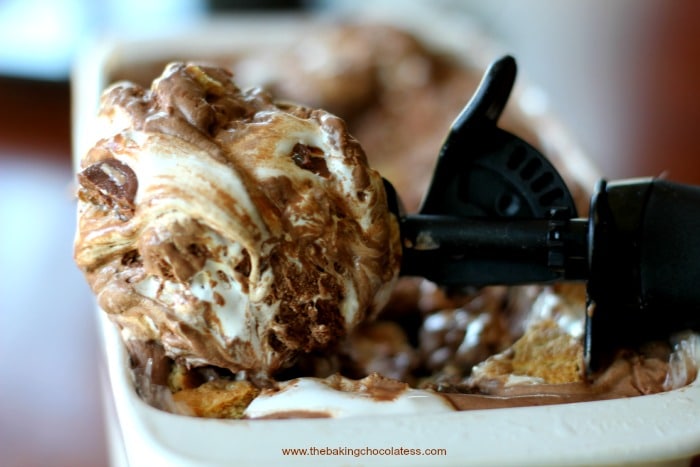 My favorite ice cream of all time is good ol' chocolate.  I love it when it's partially melted the best.   It's such a wonderful, decadent treat for summer.  (But in my case, any time of the year works...are you like this too?) 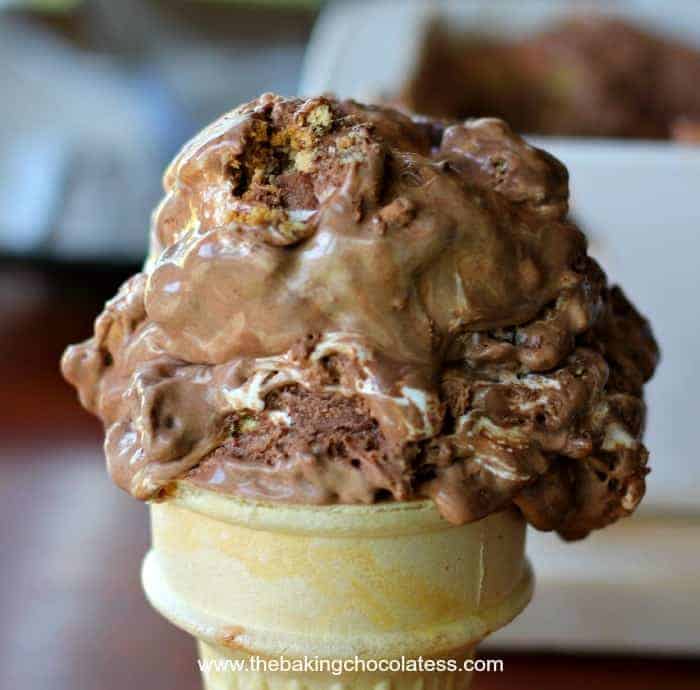 Over time, here are 3 of my favorite childhood memories of Chocolate Ice Cream.  (P.S. -- I ate a lot of it!!)

#1. I can remember going to my Uncle Just and Aunt Bea's on Sundays and holidays.  They had a dairy farm and we would have vanilla ice cream and add lots of Hershey's syrup to it, which made it chocolate ice cream, because I would let it melt and stir it up like a rich, chocolate malt! Yum!

#2 Going to the Flagpole!  Every Sunday, my Dad and Mom would take the whole family to the Flagpole to get frozen custard after a round of golf.  I always got a scoop of chocolate custard and a scoop of orange sherbert or lemon custard in a cone. It was the best!

#3 Going to the Root Beer stand with girlfriends and getting a Rocky Road Ice Cream Cone after a Spanish hot dog, fries and a frosty root beer. Rocky Road is the bomb! 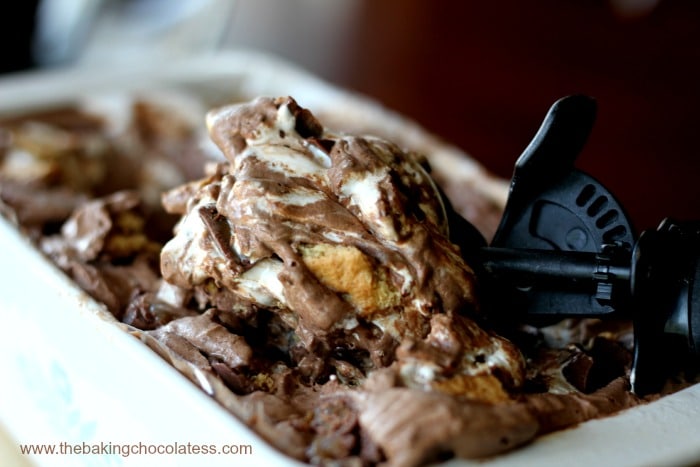 This is a super, easy recipe.  Anyone can make it.  It's that easy and it doesn't require an ice cream machine.  Just a freezer. 🙂

Fluffy marshmallow, golden graham cracker bits and Rolo bits that taste like crunchy, chocolate covered toffee until they soften, all in a luscious, creamy chocolate ice cream just waiting for you to devour it!

Hope you enjoy it as much as I did.  That would mean, me and me alone and my Supreme Chocolate Rolo S'mores Ice Cream.  Told ya, it's my favorite. 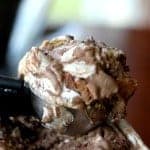 This mixture will be all the way to the top of the container. So if you are using a smaller container, you will need another container. Rolo Tip: You can also leave the Rolos out of recipe until you serve the ice cream, if you want soft caramel.  Otherwise chop the caramel up and add in it to give it a chewy, toffee caramel.
Keyword candy, caramel, chocolate, frozen, graham crackers, ice cream, marshmallow, no churn, rolos, s'mores, sweetened condensed milk
Tried this recipe?Let us know how it was!

Other Chocolate Ice Cream Recipes I am swooning over!