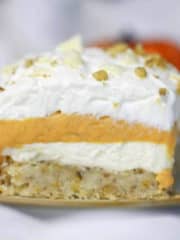 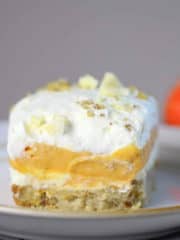 This is wonderful for potlucks, holidays and crowds!  There's enough for 18-24 servings depending on how big your servings are and when I said this was sinfully delicious in the first paragraph, I was not kidding, one little bit! 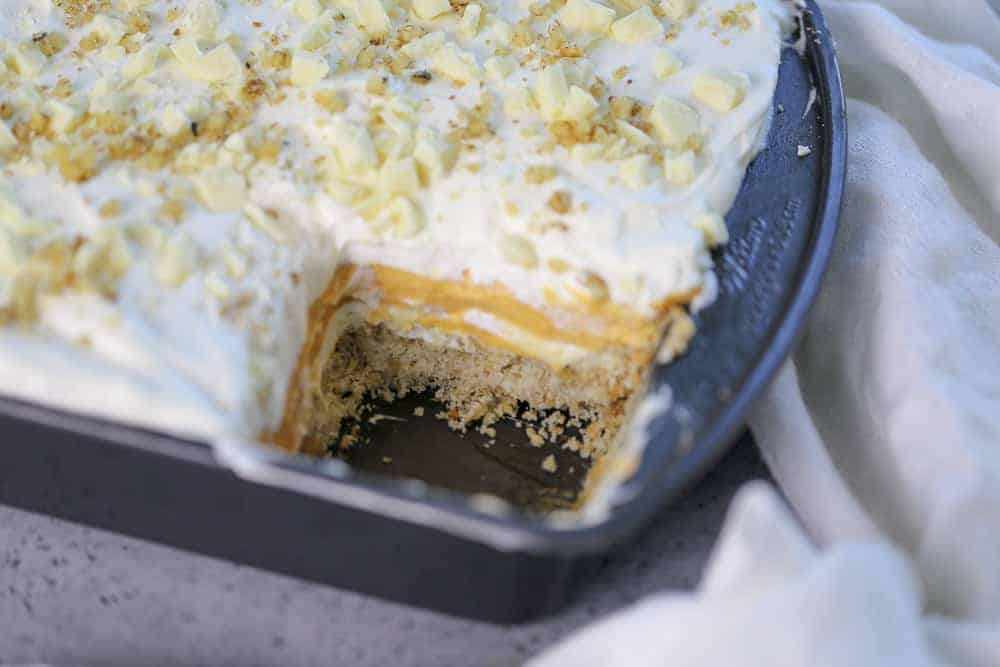 You can leave the nuts out if you want.  I wanted to add some crunchy toffee on top, but the hubs was like umm...no, but it would be good, ya know!  But I did add some chopped white chocolate and walnuts, but you can modify to your own liking, right?  Still would go for toffee!

He likes it when I ask his opinion and he does have a lot of good ideas, but sometimes he thinks all of his ideas are the best, which a lot of them are, except "Houston!", we have a slight problem.

He always turns his nose up when I suggest I'm going to make something with peppermint, banana, lemon, apple, walnuts, marshmallows, or with Whoppers and that's just the tip of the iceberg.   I have to mix it up honey!

Anyways, I knew he would give his stamp of approval for this dessert.  He loves pumpkin and whipped cream and everything else in this luscious pan, so it was a win-win at the homestead for sure!

This a dessert you can make a day or two ahead of time. In fact, preparing it and letting it set in overnight in the fridge and serving it the next day is the best.  It does need to set up at least 3 hours. 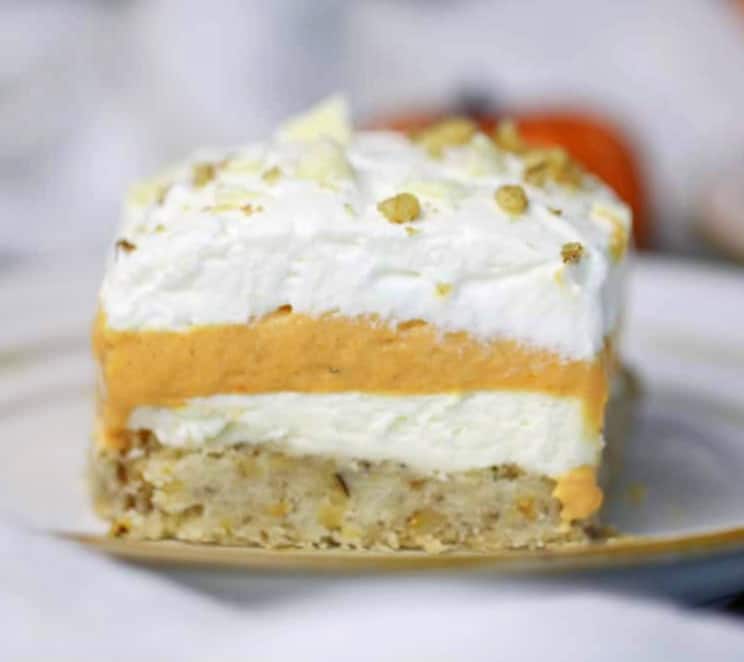 If you want the chocolate version of this, go here!

If you want more pumpkin ideas, here's a bevy of them! 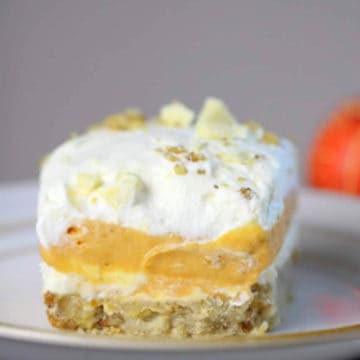