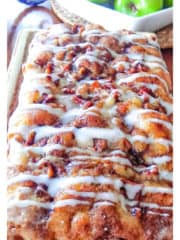 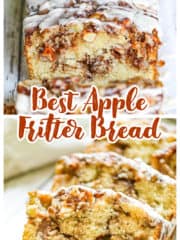 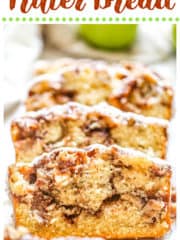 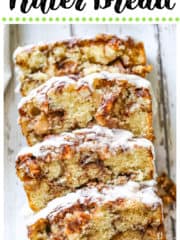 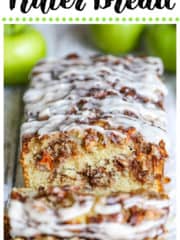 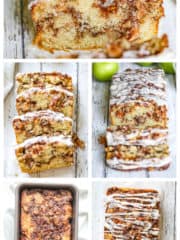 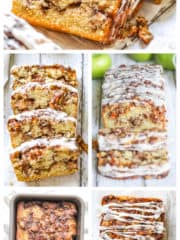 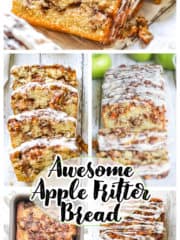 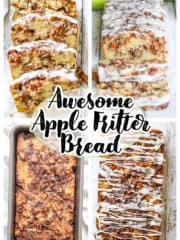 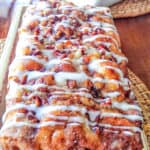 Give it up my sweet friend!  You cannot resist the temptation of Awesome Country Apple Fritter Bread!!!  Trust me, once you start smelling that country apple fritter bread filling the house with it's intoxicating, awesome aroma baking. . .it's pretty much over. You really never did had a chance. . . not even for a second...or two!  Come to Mama! 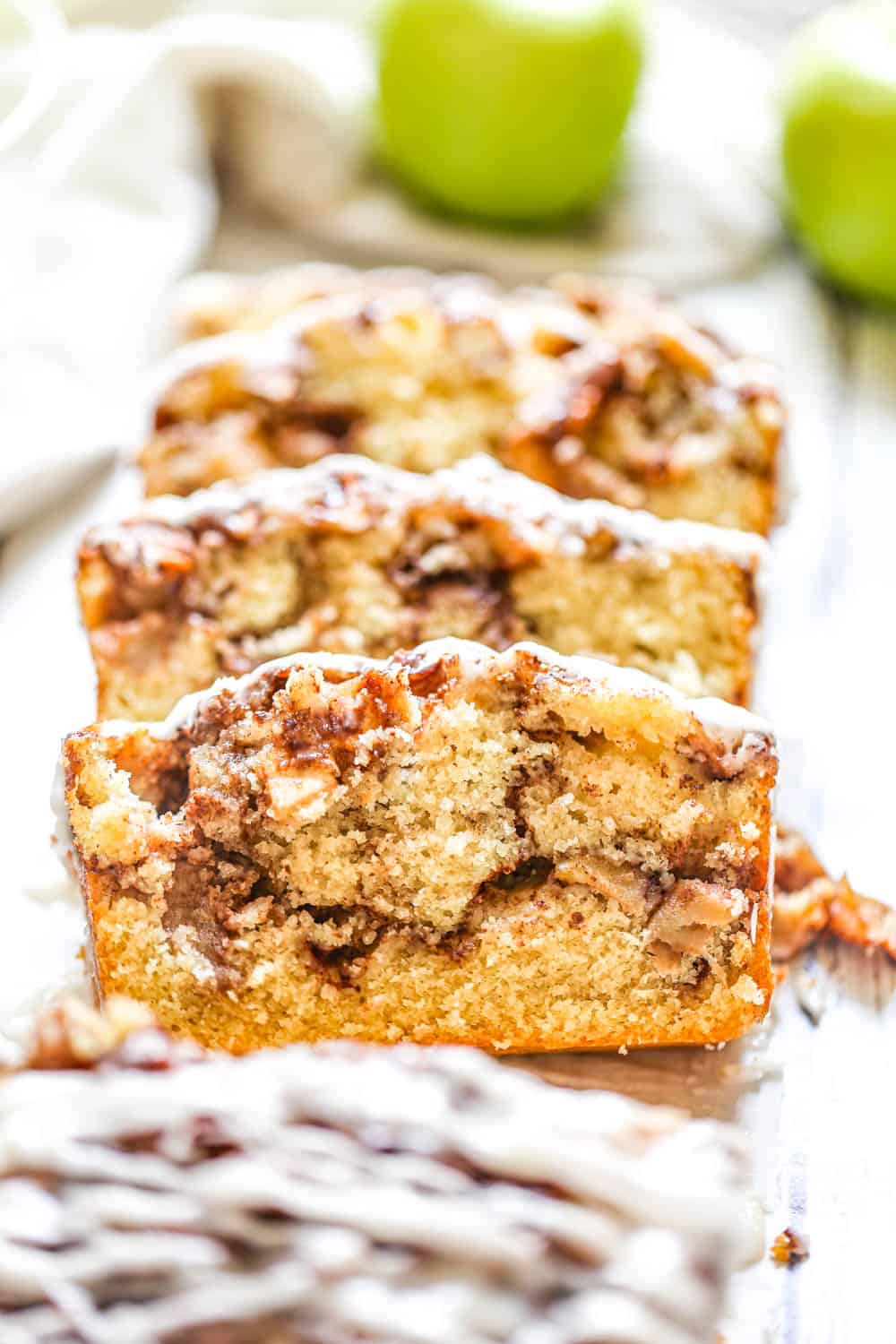 Do you love Apple Fritters?

Have you ever had an apple fritter transformed into fluffy, buttery, white cake loaf with chunks of juicy apples and layers of brown sugar and cinnamon swirled inside and on top?

Drizzle with some old-fashioned creme glaze and devour with this Awesome Country Apple Fritter Bread! 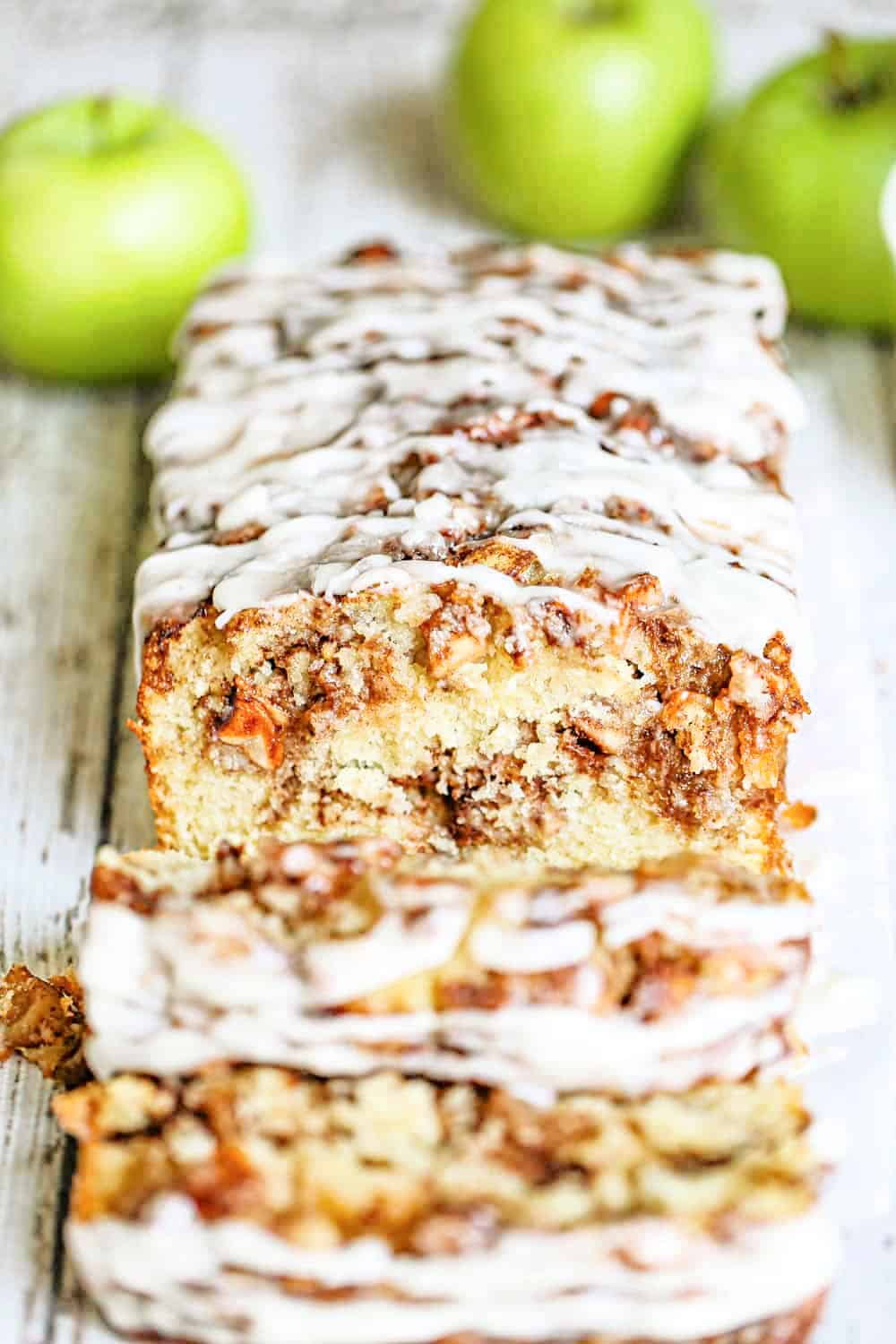 If you bake this, you'll get *Lots of drooling and lots of happy smiles*

What's nice about making this Awesome Country Apple Fritter Bread is, you don't have to be an expert baker.  All you need is a 9x5 loaf pan to bake it in and it only takes 15-20 minutes to prepare and 60 minutes to bake.

My all-time best tip is to not over-mix quick breads.  If you want more tips, check out these “Secret” Baking Confessions for Quick Breads! 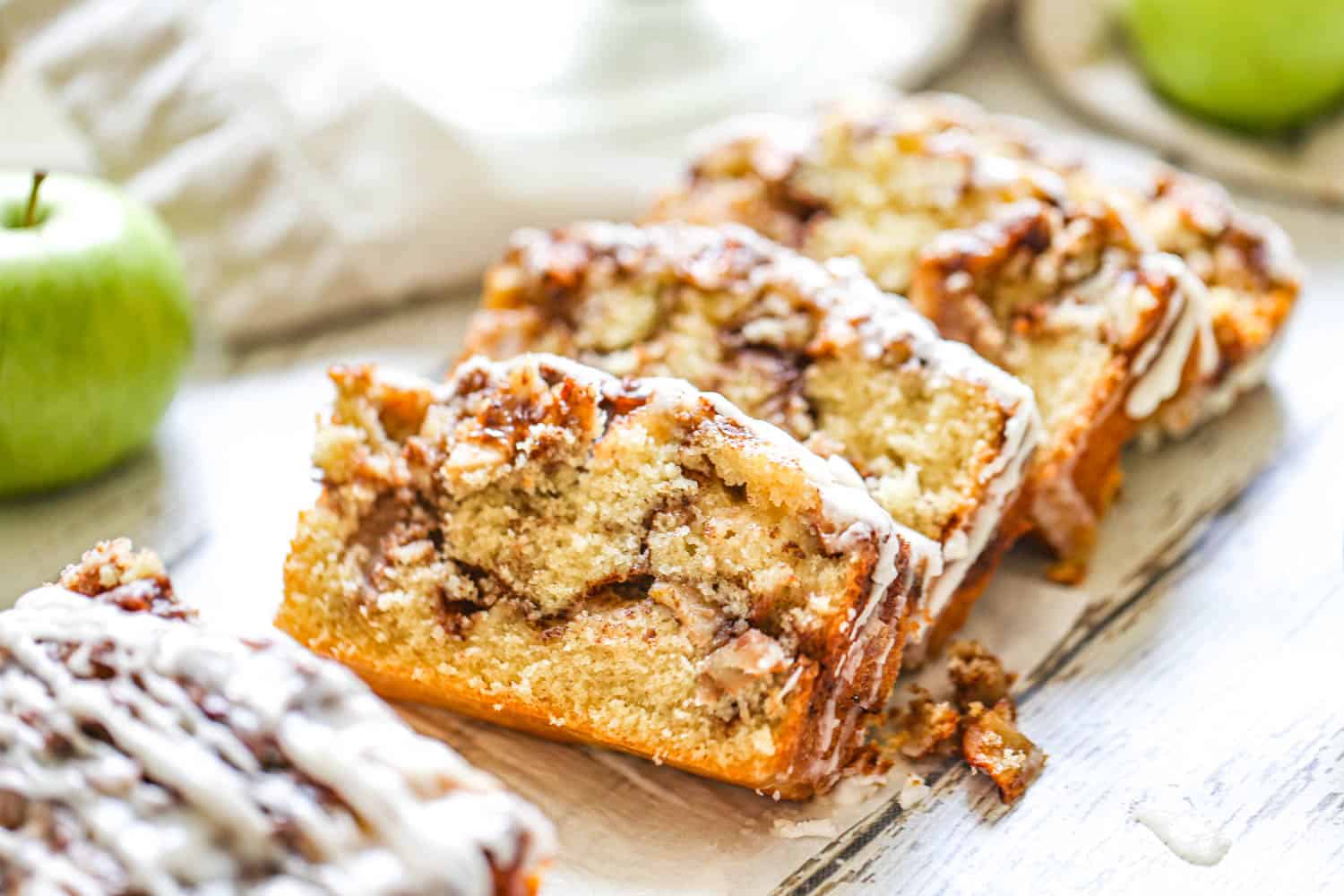 BTW...Better bake 2 loaves of apple fritter bread!  One for a friend and one for yourself!

Trust me on this one. It's the perfect fall bread! 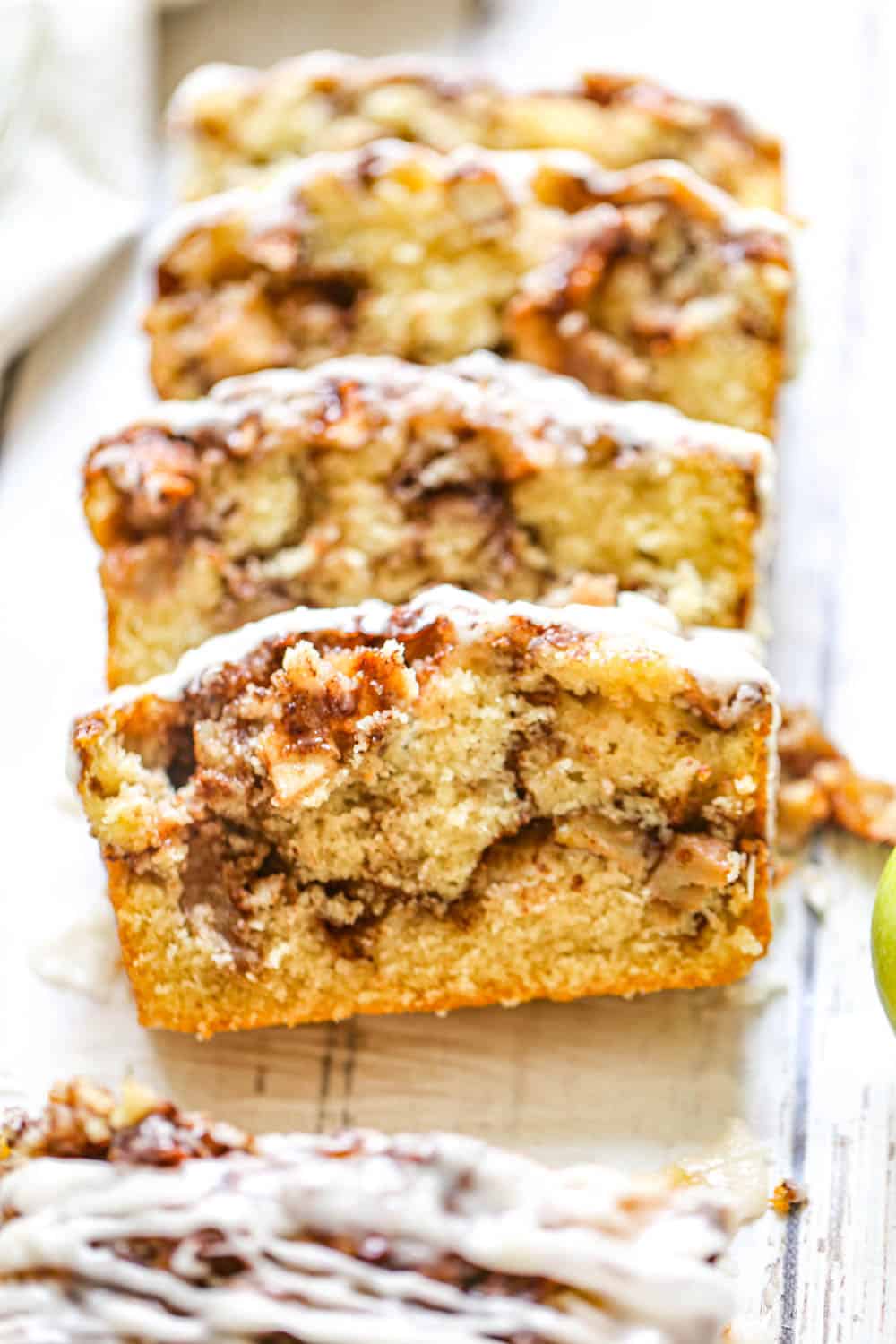 Maybe it will inspire you to make some more quick breads...

Proudly, this Awesome Country Apple Fritter Bread is the Most Popular Apple Recipe on Pinterest on Food Network and on Pinterest. It's been pinned over a million times and has also been featured on Food Network's 'The Kitchen' Show.  If you haven't seen me making this bread on Food Network, you can watch it on YouTube any time Season 20! 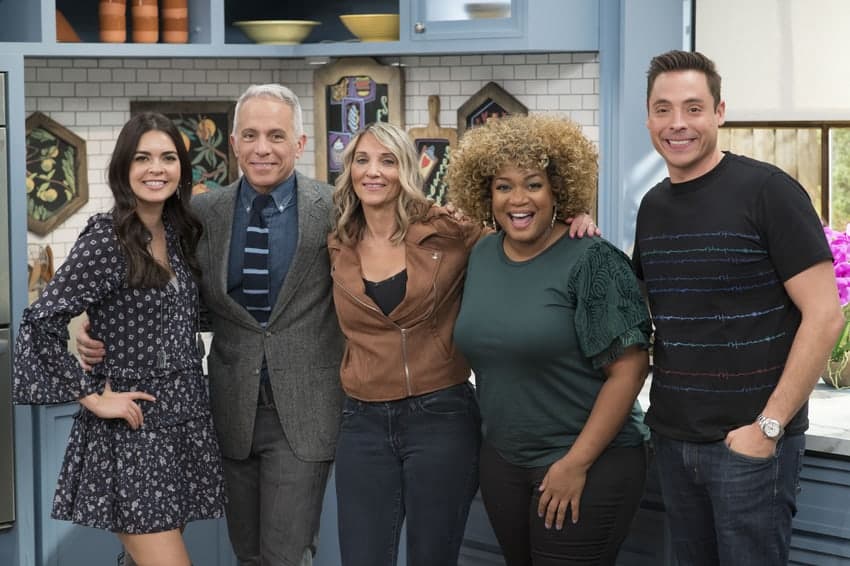 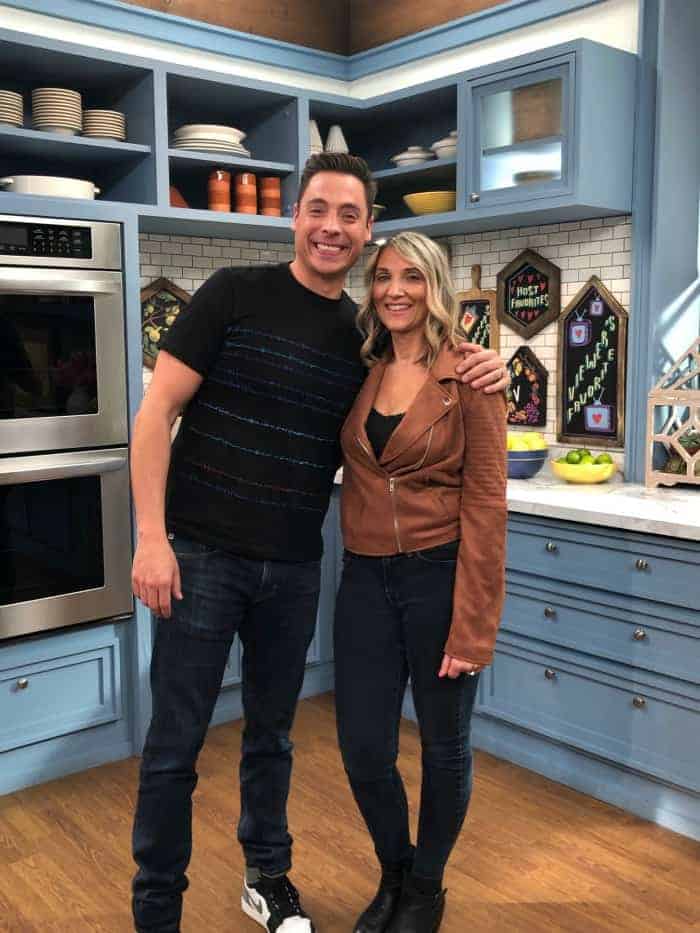 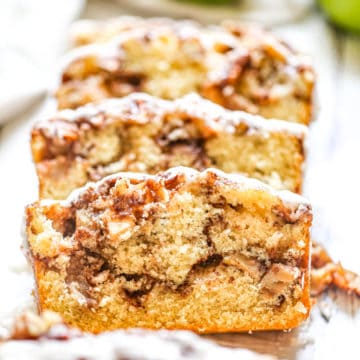 Optional:  Add in ½ cup to 1 cup walnuts because YUM! You can always use other fresh fruits, or you could add in chocolate chips too! (Of course!) Depending on thickness of glaze wanted, you can go for thick or thin. Substitutions: CrockPot Express Tips below!
Keyword apple, apple fritter, BREAD, breakfast, brunch, cookies, brownies, brookies, snack, fall desserts, quick bread
Tried this recipe?Let us know how it was!

Here’s some tips from my baking co-worker & friend Gerri Ruiz, if you want to use your Crock Pot Express to make this bread! 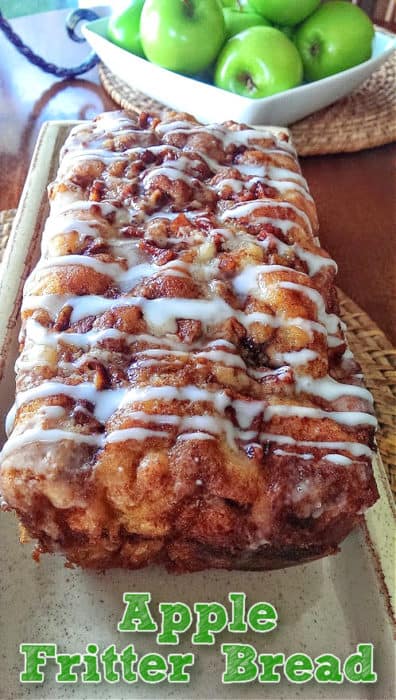