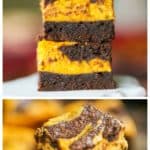 Get that mouth ready for Pumpkin Cheesecake Swirl Brownies!  The combination of  luscious pumpkin cheesecake and rich chocolate brownies with notes of cinnamon spice together is completely mesmerizing and super tasty!  They practically melt in your mouth! 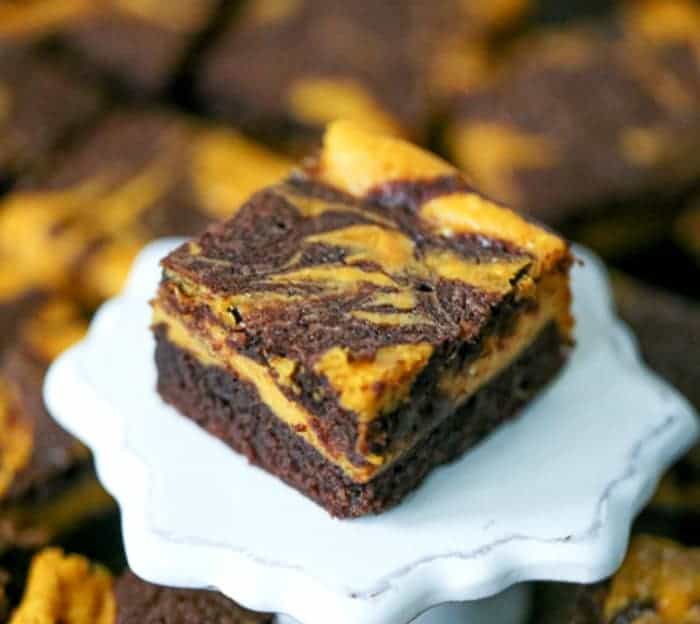 Can you imagine devouring the whole tempting pan of these?

Initial thought? Yes!  I certainly wanted to...as I have a serious brownie addiction.  Can ya blame me? 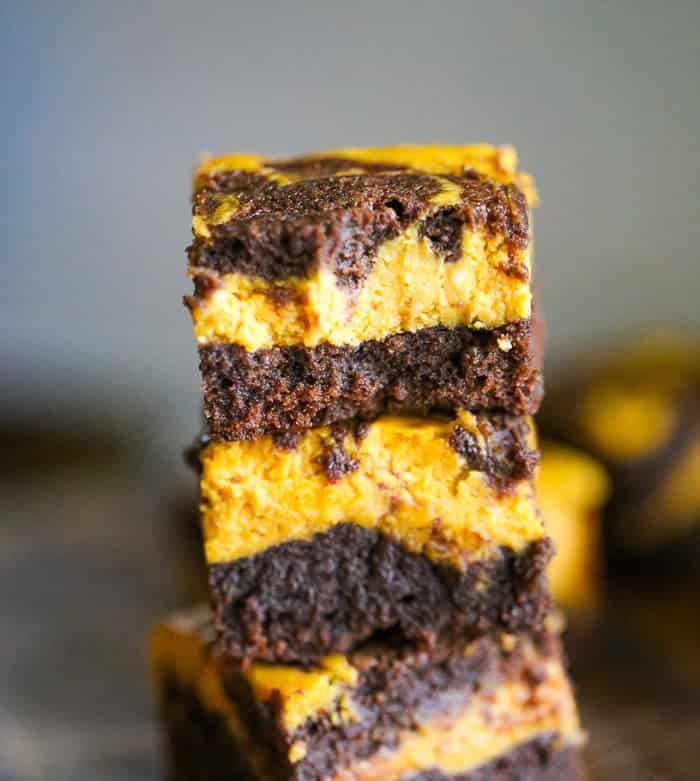 What can I say?  I won't apologize for it.  Brownies make me happy.  So, if you ever want to make me happy, brownies are the true way to my heart. <3

If you want to see how insane I am about them, check out a helluva lot of Brownies here, with more to come, because I can't stop baking brownies...LOL 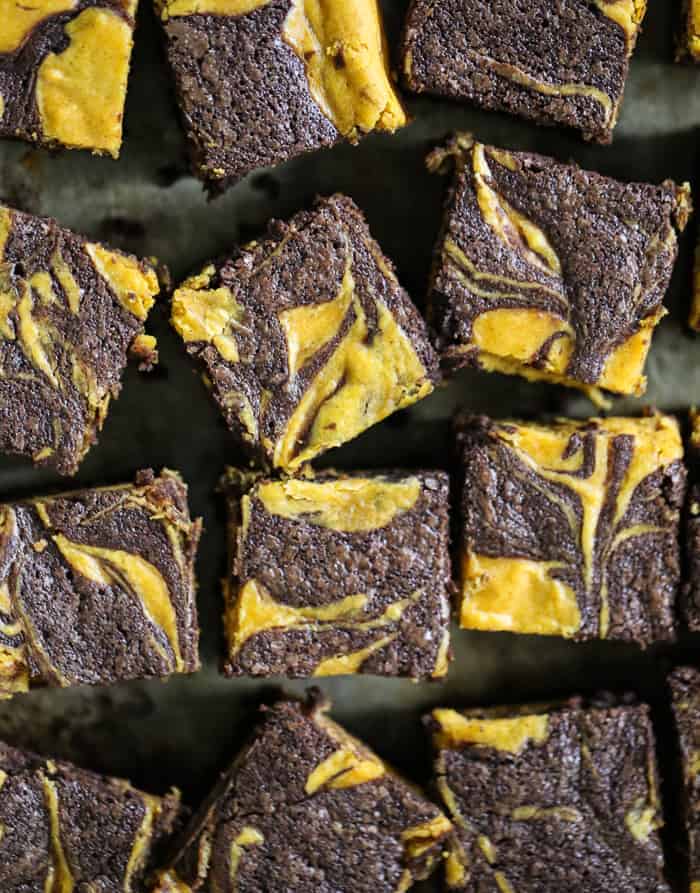 I've been wanting to add a pumpkin cheesecake brownie to the blog, but I tried a recipe last year and didn't get the cheesecake result I wanted, so I went back to the drawing board! 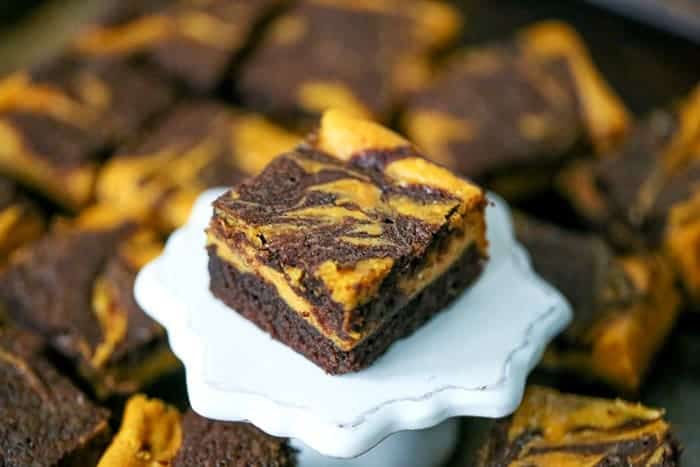 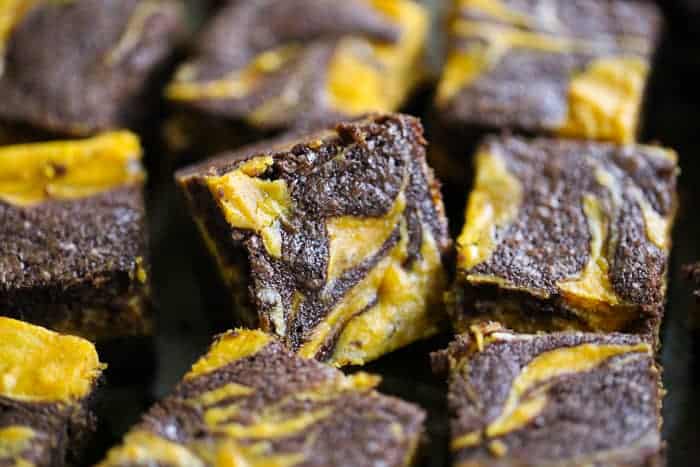 Glad I did.  I'm happy with these brownies, so much!  These are a real treat, decadent and so elegant looking.  Perfectly suited for Halloween and all the holidays!  Chocolate and pumpkin are so seasonably graceful - they were meant for each other. 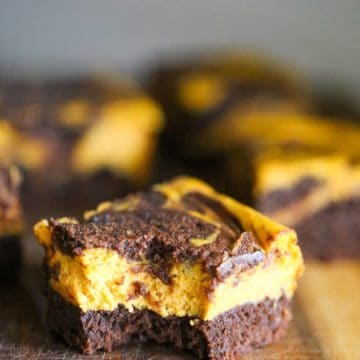 Kim Lange
Pumpkin Cheesecake Swirl Brownies!  The combination of  luscious pumpkin cheesecake and rich chocolate brownies with notes of cinnamon spice together is completely mesmerizing and super tasty!  They practically melt in your mouth!

Store airtight for up to 2 days or refrigerate for up to 5 days. To freeze,  place fully cooled brownies uncovered on a pan in the freezer and allow to freeze entirely. Remove and wrap fully in plastic wrap and aluminum foil till ready to eat. Brownies will last up to 3 months.