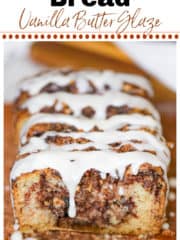 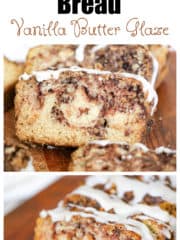 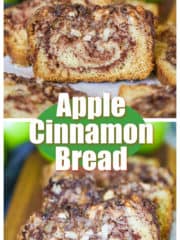 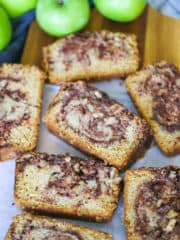 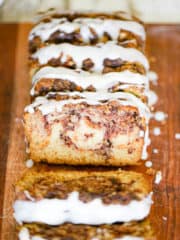 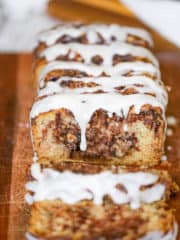 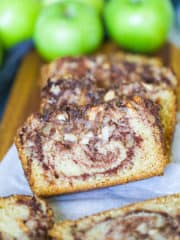 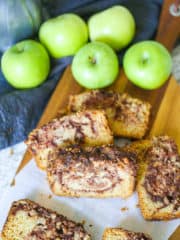 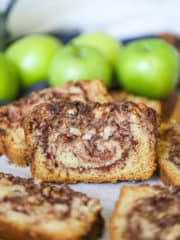 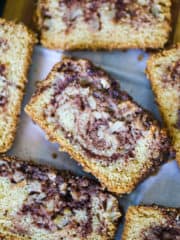 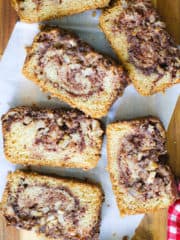 Devour this delectable, gooey Apple Cinnamon Bread like nobody's business!  Understand, this is what you crave when apples, cinnamon and Fall all come together and baking season begins.  In essence, quick breads are the definition of cozy and this one is easy to whip up!  Drizzle with a vanilla butter glaze, serve at room temperature or warm it up in the microwave!  YUM! 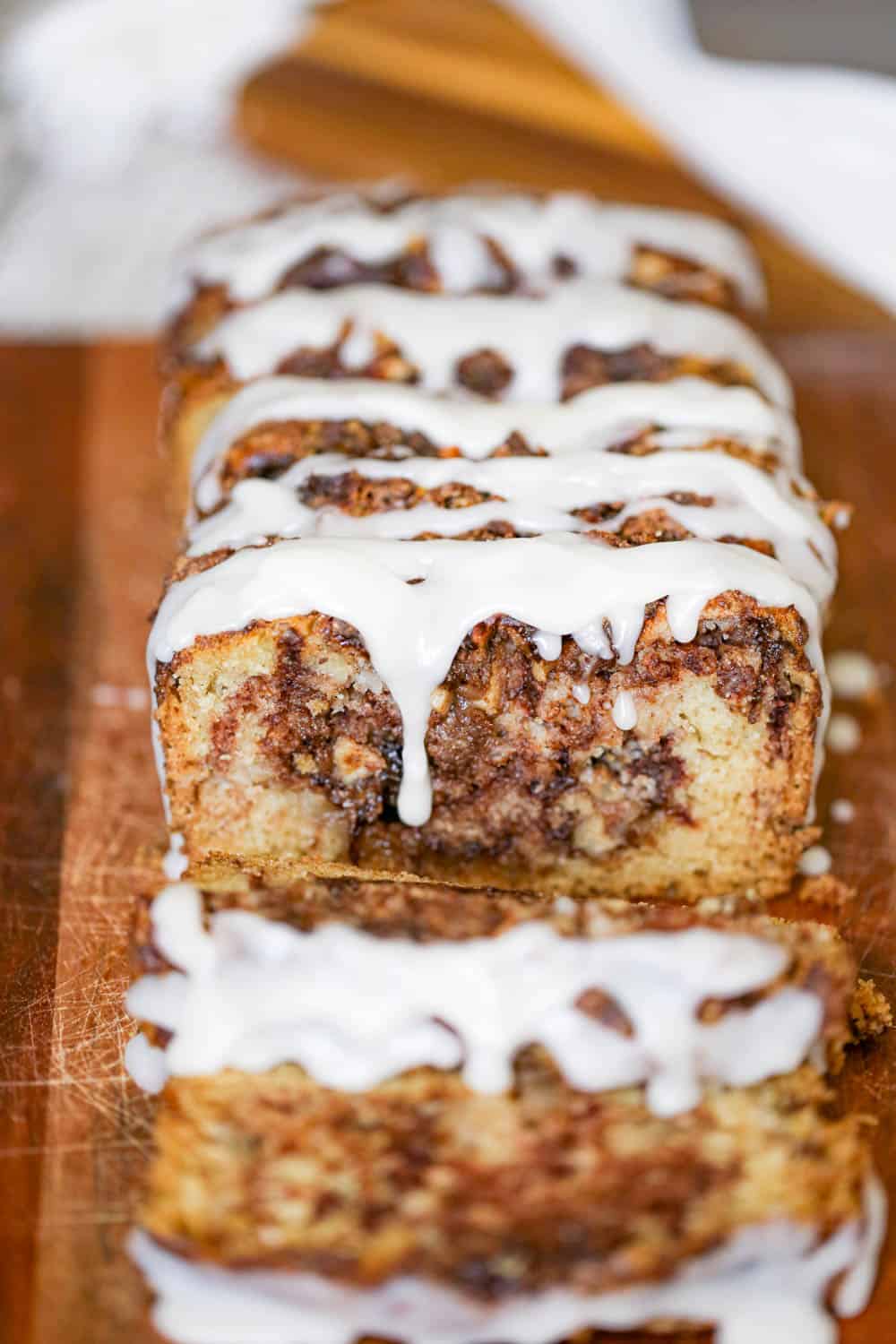 The most common spice that goes with apples is cinnamon.  It's got a warm, spicy zing and most Americans associate the fragrance of cinnamon cooked with apples with comfort and warmth.

If you’re looking to add more cinnamon to your cooking and baking, look no further than natural cinnamon pairings like these.  Of course, it shouldn't surprise you, apples top the list of cinnamon pairings!  Cinnamon is such a great match for so many ingredients and we can't get enough of it!

Cinnamon is also widely used in cooking due to its intense aroma and flavor. It is intoxicating! It can be used in its bark state (cinnamon sticks) or ground to a fine powder.

There are four main species of commercially cultivated cinnamon.  We used Vietnamese cinnamon

(or also called Saigon cinnamon) in this bread, but to get to know your cinnamons better, what goes best with sweet and savory, check out Types of Cinnamon. 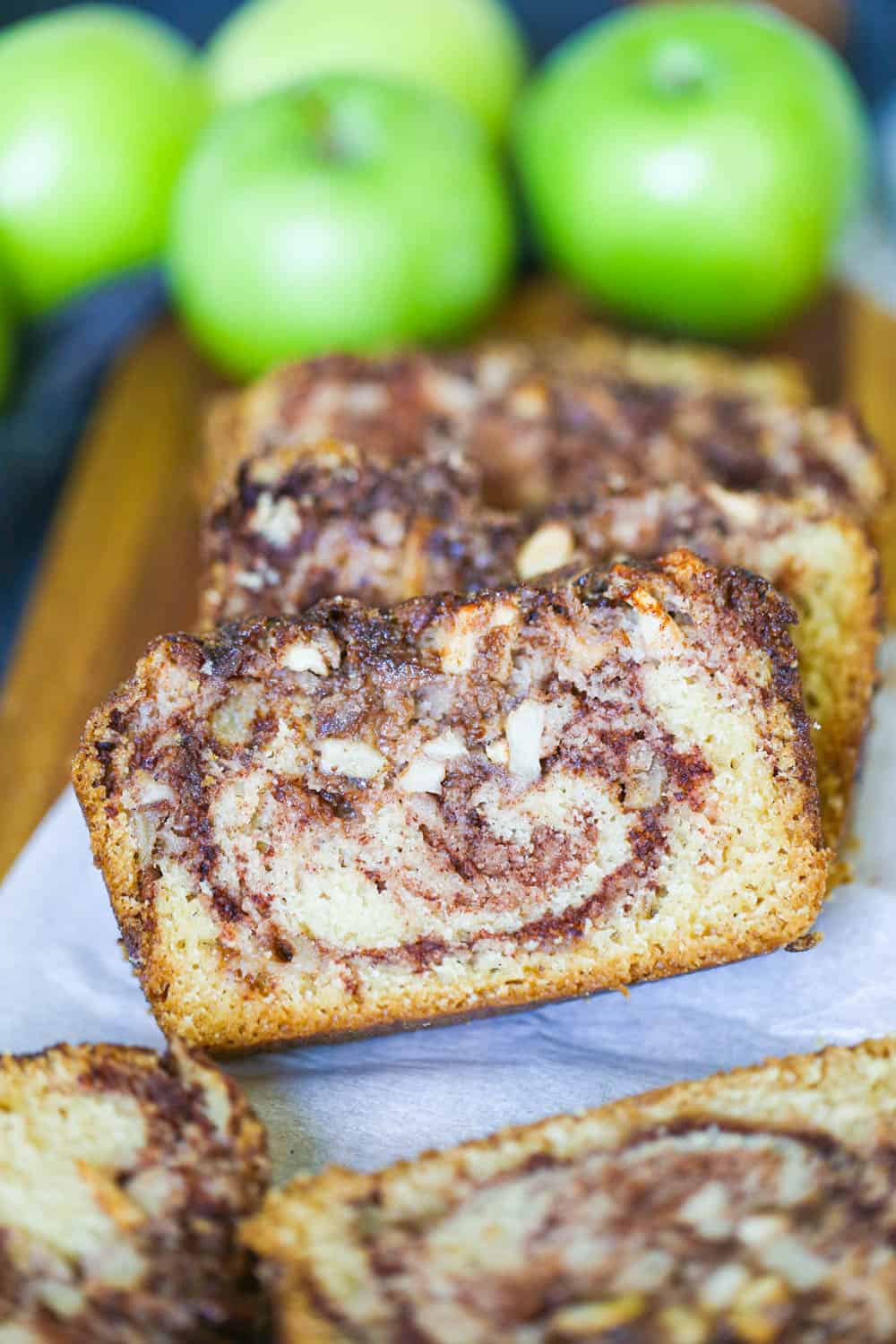 The whole house is going to smell like cinnamon and apple heaven!

Baking with cinnamon, you get sweet and spicy swirly flavors going on throughout the bread, with delicious bits of baked apples in every bite!  It quite nicely, resembles a coffee cake, only it's baked in a loaf pan! 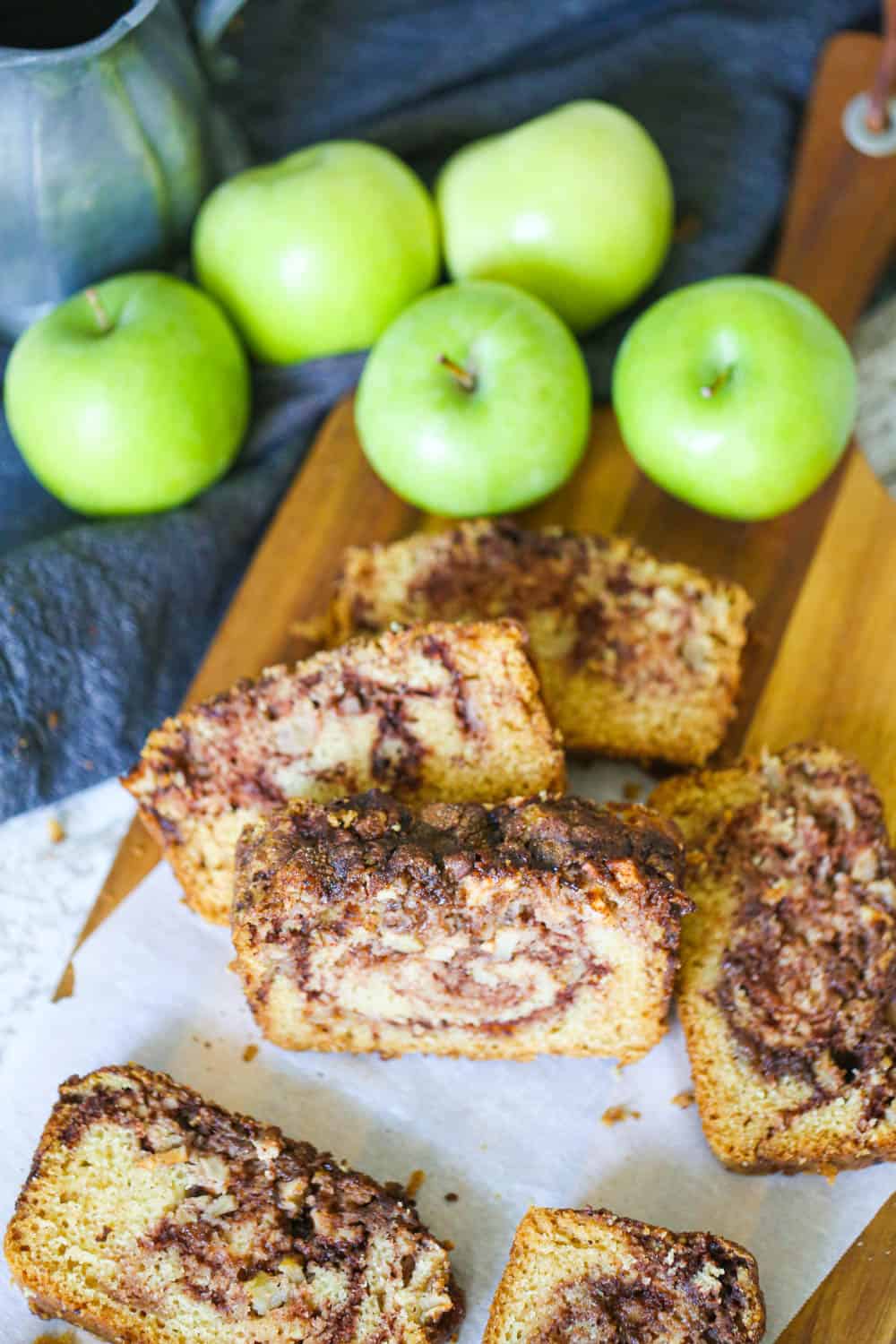 OUR most important tip is to not ever over-mix your batter.  Mix only until the dry ingredients are just combined with the wet ingredients to avoid tunnels and a tough texture.

We used buttermilk. If you don't have buttermilk, which most of the time, we do not, just do this easy trick!  All you need to make a substitute for buttermilk in baking recipes is milk and white vinegar, or lemon juice. Use 2%, whole milk or even non-dairy milks will work to make your buttermilk.  Add measure 2 teaspoons of white vinegar or lemon juice into ½ cup of your milk choice, stir and let it sit for 5 minutes.  Ta-dahhh!  Instant buttermilk!  That way we get some twang!

Bake your bread fully.  This is not the time to under-bake like you do with cookies, bars and brownies.  Try using a thin-bladed knife, like a paring knife and push the blade into the center and draw it out. Do this several times to make sure you do not see any wet batter or moist crumbs clinging to the blade.  Since the bread has the gooey cinnamon swirls, do the text several times for consistency. 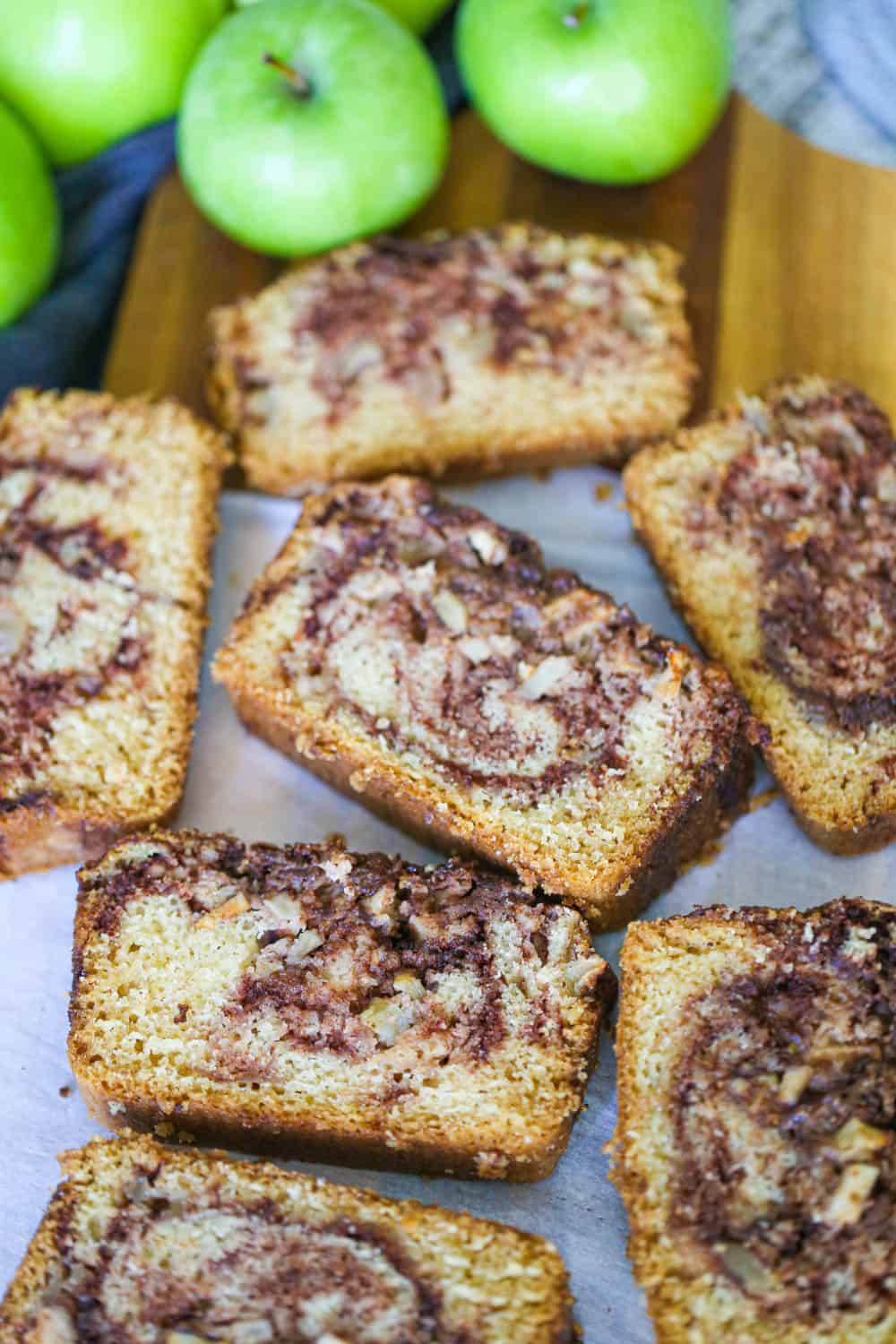 This is just what the doctor ordered!

Store your cinnamon apple bread at room temperature covered for up to 1 week. Reheat in a microwave for about 15 seconds for amazing out of the oven tastiness!

The whole family will love and don't forget you can also freeze up to 3 months!  Slice the bread into individual slices. Next, wrap each slice of homemade apple bread in cling wrap, then in aluminum foil. Place into a large freezer bag and store in the freezer flat, so bread doesn't get smooshed.  When ready to eat the bread, defrost first. Defrost at room temperature or put it in the microwave for about 30 seconds or so. 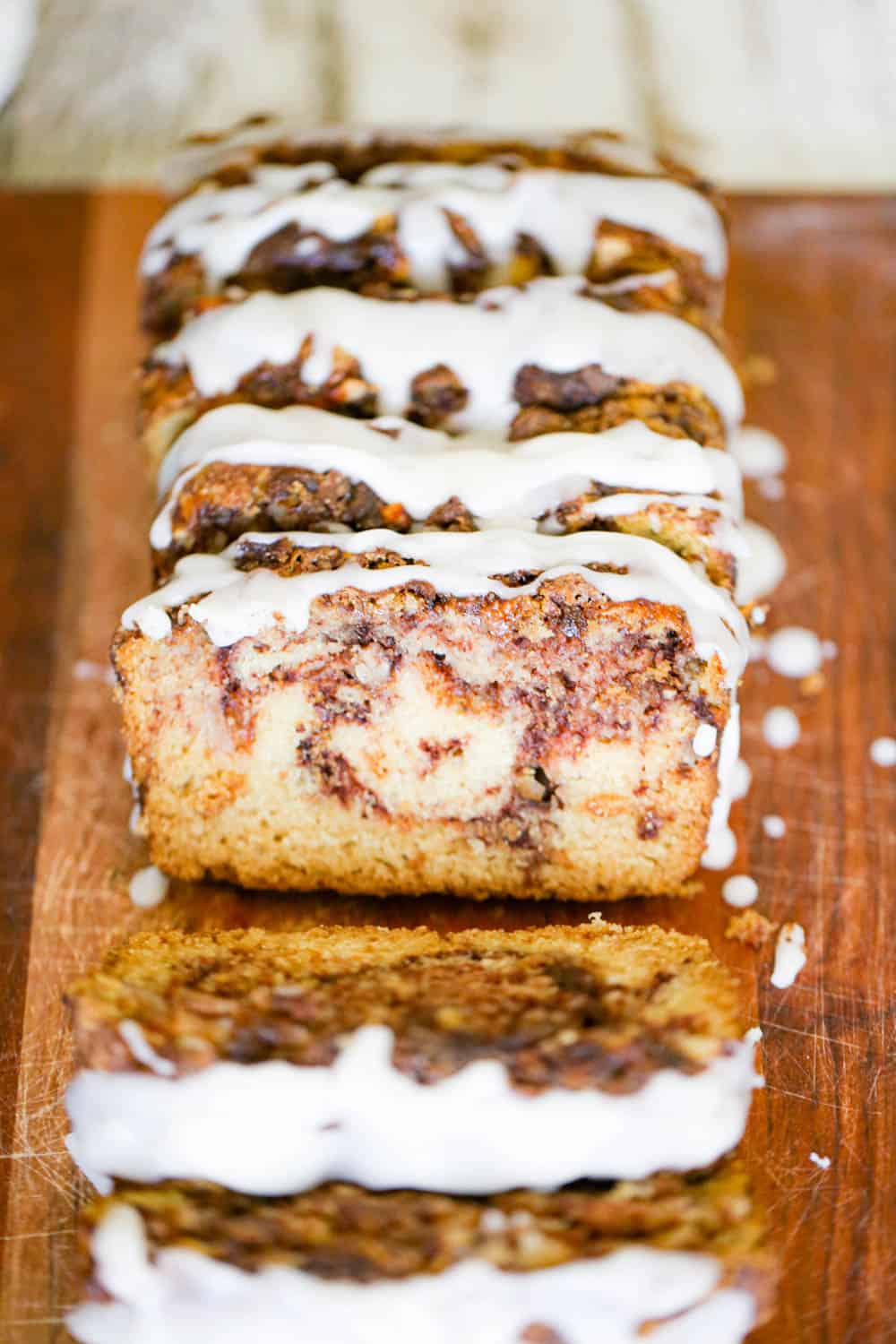 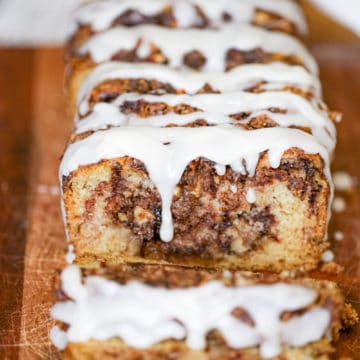 Kim Lange
Devour this delectable, gooey Apple Cinnamon Bread like nobody's business!  Understand, this is what you crave when apples, cinnamon and Fall all come together and baking season begins.  In essence, quick breads are the definition of cozy and this one is easy to whip up!  Drizzle with a vanilla butter glaze, serve at room temperature or warm it up in the microwave!  YUM!
4.58 from 7 votes
Print Recipe Pin Recipe
Prep Time 15 mins
Cook Time 50 mins
Total Time 1 hr
Course Breakfast
Cuisine American
Servings 8 Servings
Calories