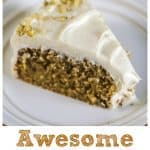 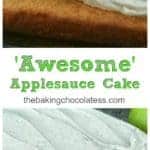 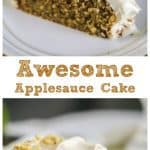 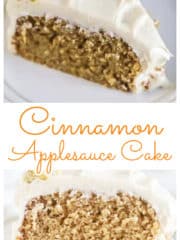 This 'Awesome' Cinnamon Applesauce Cake is exactly what I needed to kick off the season this Autumn! Are you ready to *swoon and sniff* baked, scented apple and cinnamon aromas swirling around your cozy, little home?

Let me tell you, THIS moist luscious 'cake'....It's BEYOND magnificent!

So, don't mind me.....While I sit here and eat this 'Awesome' Cinnamon Applesauce Cake with Cinnamon Cream Cheese Frosting while I write this post, without you here! 🙂  I hope I'm not being being rude as I stuff another bite into my mouth...yum!

Psst....Wish you were here though!!!  Otherwise, I might eat all of it. Luckily, I had friends to share it with. 🙂

This cake definitely screams Fall!  It's so moist, apple-iciously bliss, homey, cozy and did I mention MAGNIFICENT??

I believe I did cover that...LOL 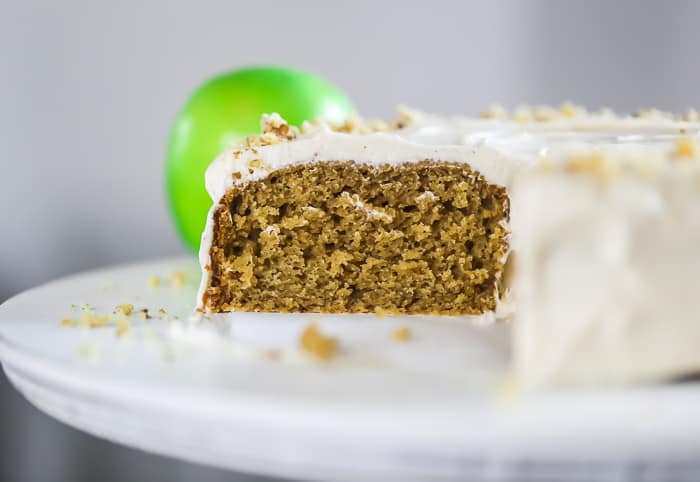 The brown sugar, cinnamon and nutmeg flavors infused in this applesauce cake are intoxicating!

Because this cake is so moist, it will last more days than the usual cake.  In fact, on the 3rd day, it is still as fresh as it was baked the first day. It can even last a week, but I really doubt you're going to have a chance to sample it by then, because I'm 100% sure, it's going to get gobbled down by whomever is in your home, guaranteed!! 🙂

The Cinnamon Cream Cheese Frosting is to die for! 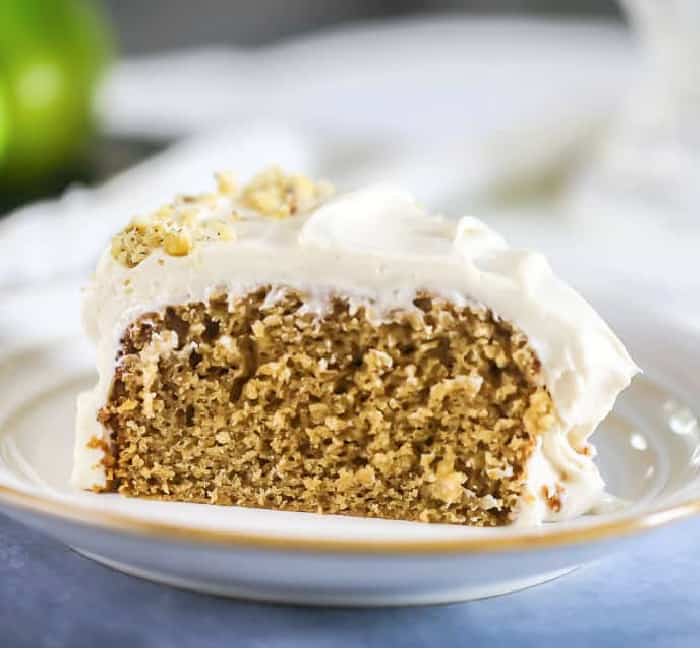 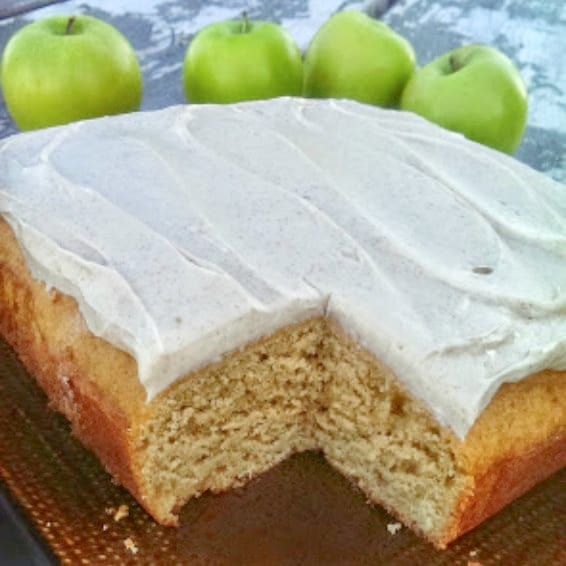 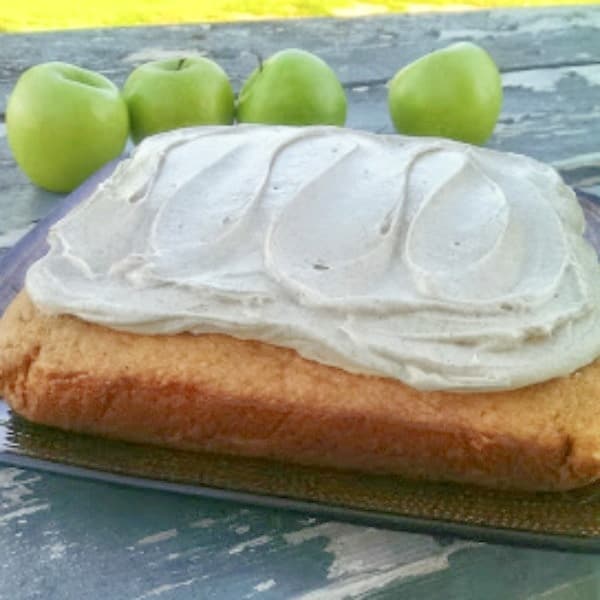 For more Apple-icious recipes that will make the doctor stay away, try these tasty yums! 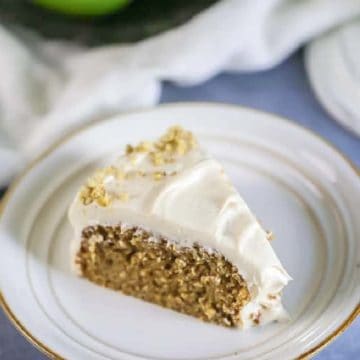 Delish!
If you would like to make these into cupcakes, bake for 15 minutes at 350 degrees and double the frosting if you want to frost them generously.
If baking the cake in advance, you can wrap it and freeze it until the day you need it. Leave it out to defrost and frost it up to a day in advance.
Keyword applesauce, cake, cinnamon, cream cheese frosting, fall desserts
Tried this recipe?Let us know how it was!
« Flourless Halloween Reese's Cookie Bars
"CopyCat" Starbucks Pumpkin Pound Cake »
14.1K shares