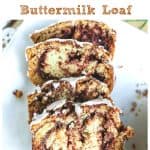 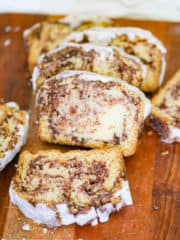 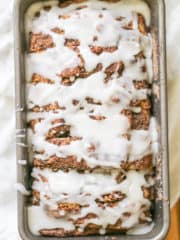 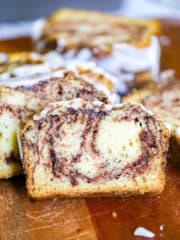 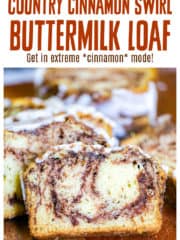 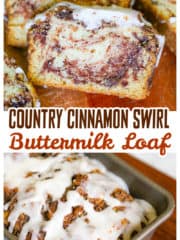 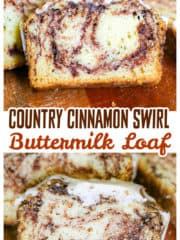 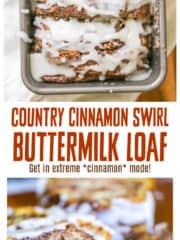 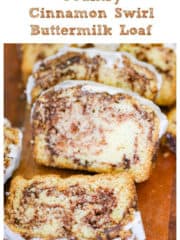 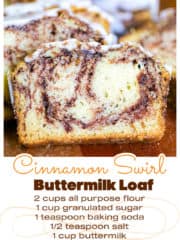 Super moist Country Cinnamon Swirl Buttermilk Loaf is infused with caramelized cinnamon sugar swirls that will make your head spin! (In a good way!)  Get in extreme *cinnamon* mode with this luscious cinnamon quick bread!!  It's smells so delicious baking in your kitchen, but wait until you have a slice, or two! 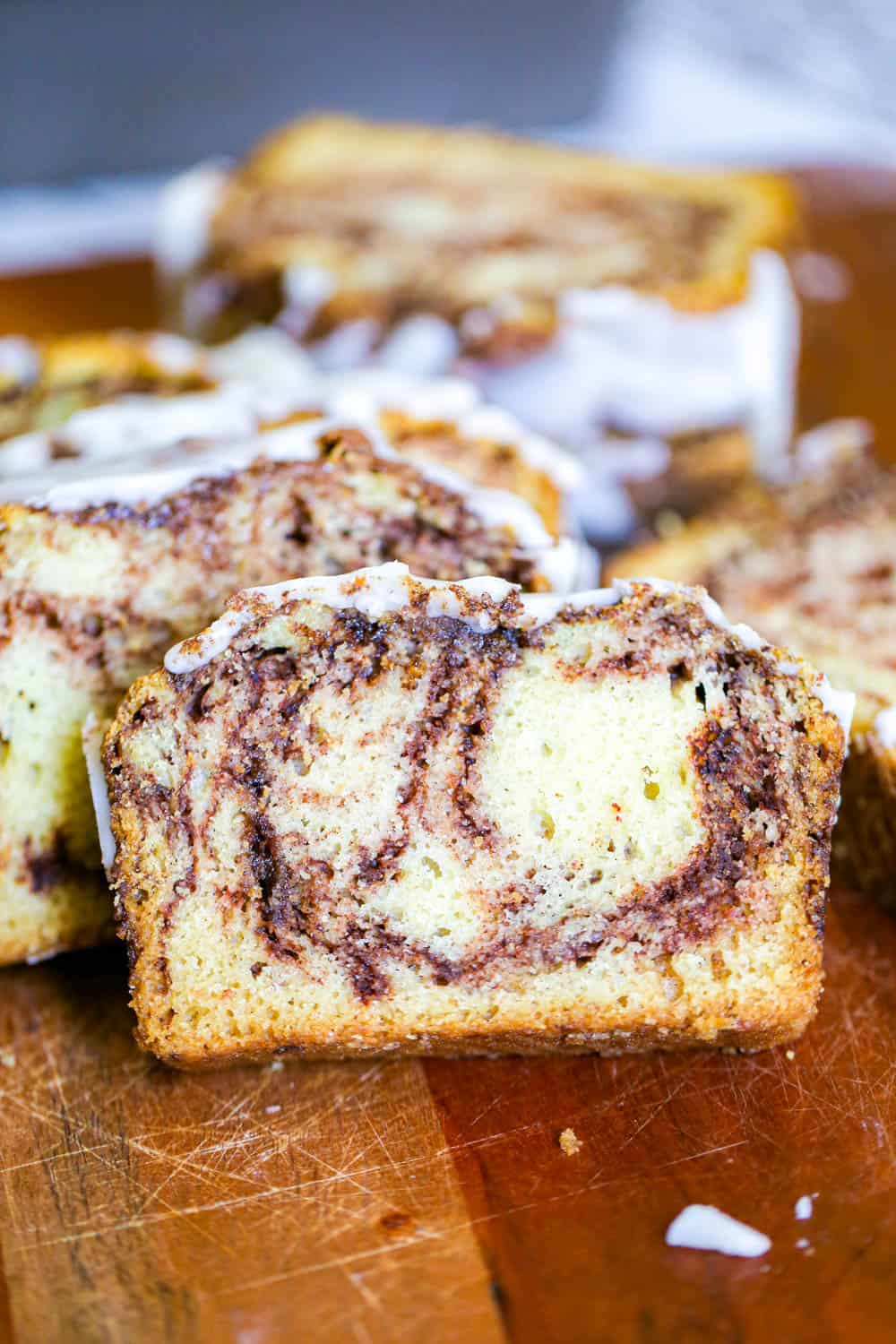 I'm in LOVE with this Country Cinnamon Swirl Buttermilk Loaf!

Shhh!  Don't tell the hubby!  Hands down, this bread is so freaking moist (thank you buttermilk) and those swirls of cinnamon sugar are glorious!!

I'm sorry...but I have to brag!  Hear me out.  You would too, if you made it or make it?  Then you'll see what exactly what I'm bragging about.  Whoa...This is a quick bread, so mix it up and bake it away quickly after mixing it up before the effect of the leavenings begin to dissipate.  Meaning no rise. 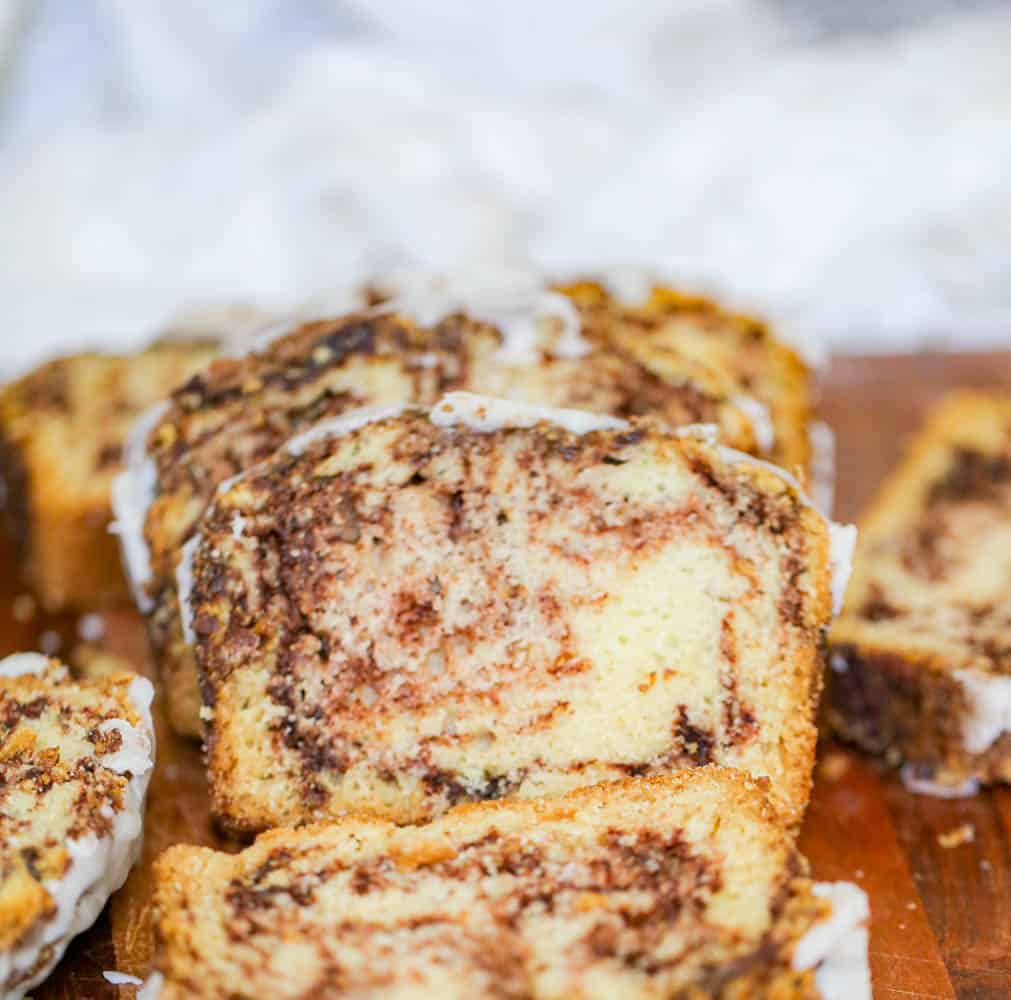 Wish you were here... 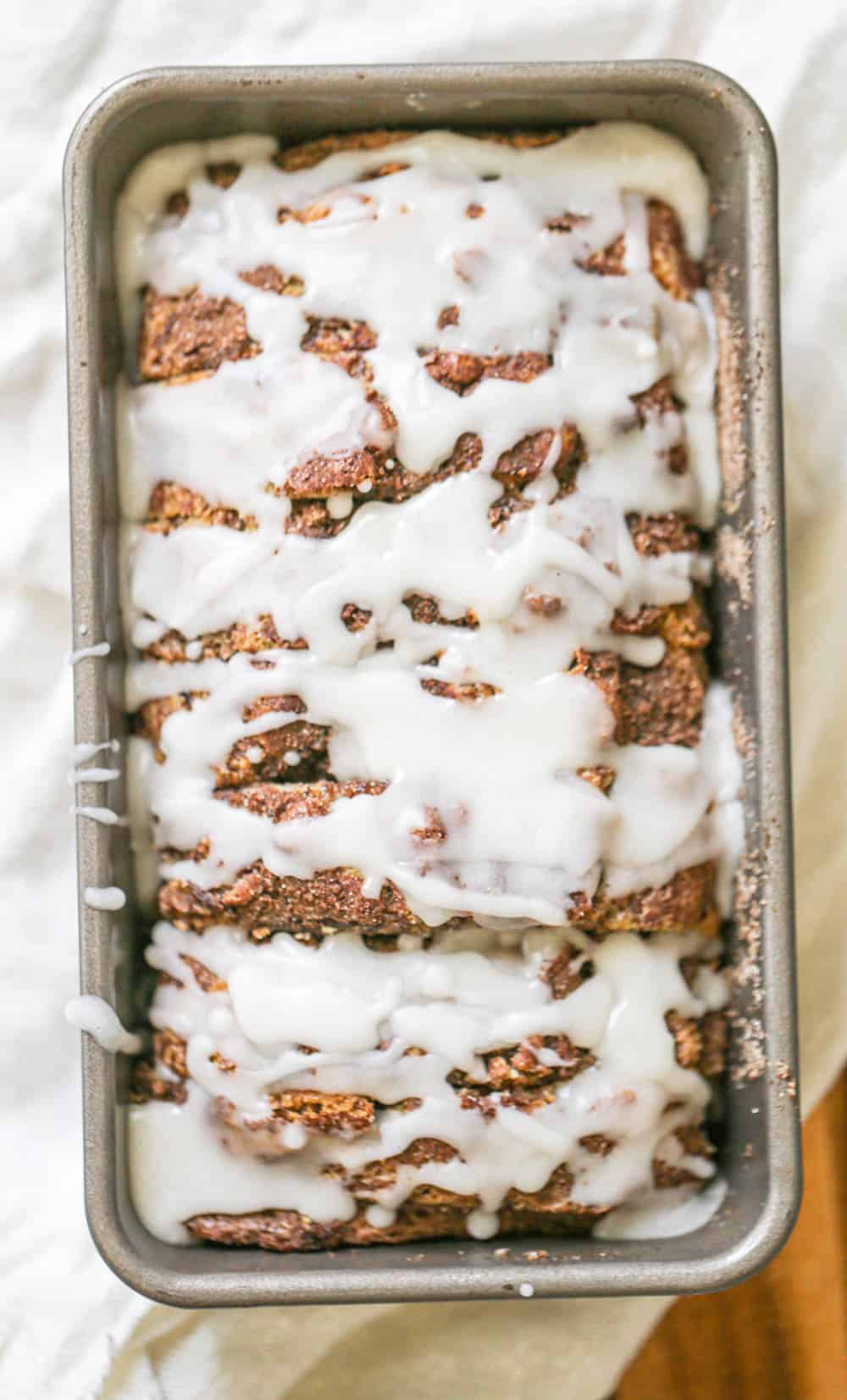 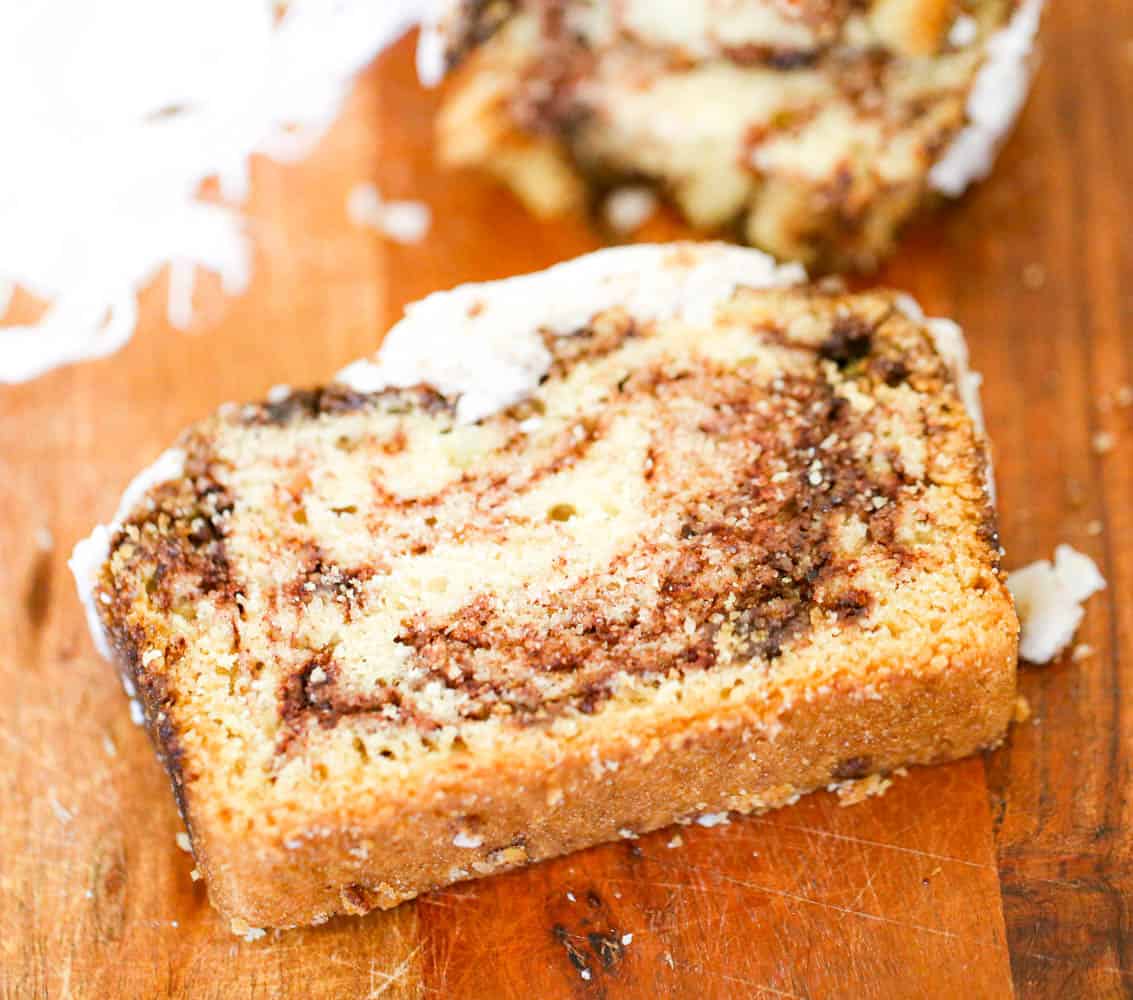 Many things can go wrong with baking quick breads, even for the best of the bakers out there.

I think the most important tip is to not ever over-mix your batter.  Mix only until the dry ingredients are moistened to avoid tunnels and a tough texture and sinkage.

If you don't have buttermilk, which most of the time, we do not, just do this easy trick!  All you need to make a substitute for buttermilk in baking recipes is milk and white vinegar, or lemon juice. Use 2%, whole milk or even non-dairy milks will work to make your buttermilk.  Add measure one tablespoon of white vinegar or lemon juice into 1 cup of your milk choice, stir and let it sit for 5 minutes.  Ta-dahhh!  Instant buttermilk!

Bake your bread fully.  This is not the time to under-bake like you do with cookies, bars and brownies.  Try using a thin-bladed knife, like a paring knife and push the blade into the center and draw it out. Do this several times to make sure you do not see any wet batter or moist crumbs clinging to the blade. Otherwise, use a digital thermometer

Slight Modification Used:  I used Taste of Home's recipe, but changed it up slightly by adding a little butter extract to give it a buttery flavor burst to go with the rich cinnamon sugar layers, but it's not necessary if you don't have it on hand.  I also changed up the cinnamon sugar by adding in some brown sugar too, to make it even more caramelized.  The whole family will love!! 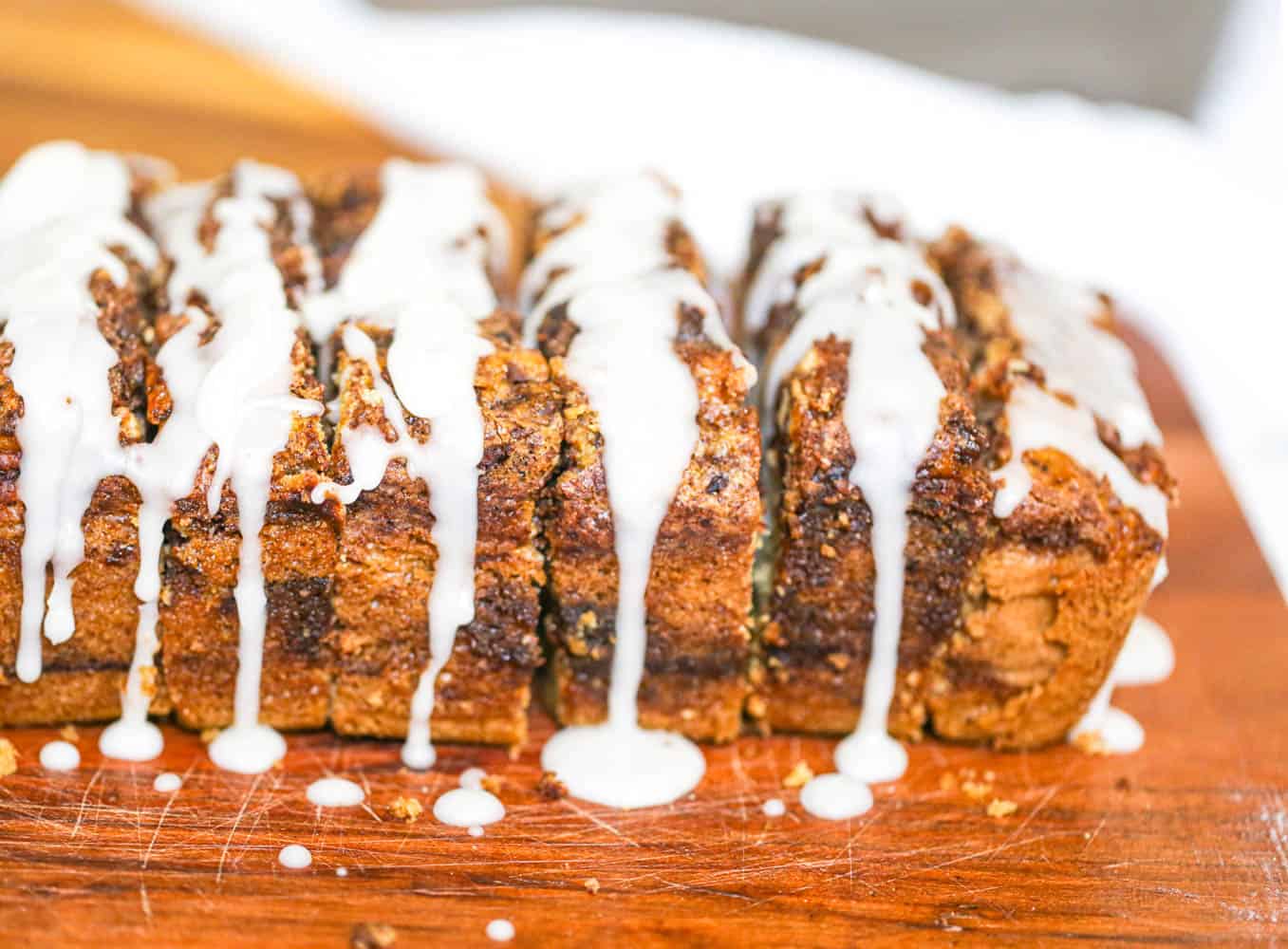 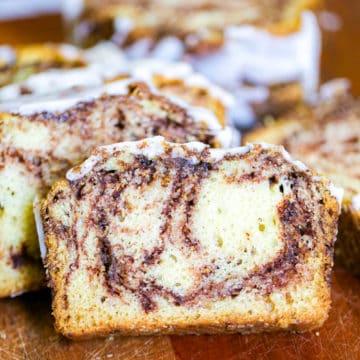