OMG Chocolate Oreo Cheesecake Brownie Trifle is such a wonderful dessert to impress for the holidays and that's awesome, because it also will feed a small army! 🙂 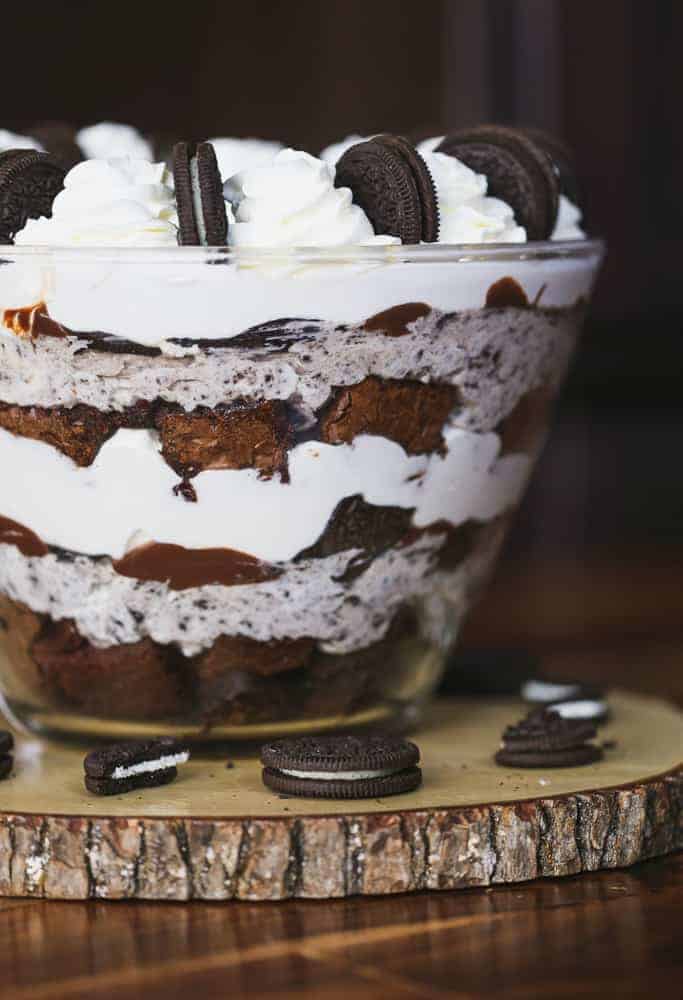 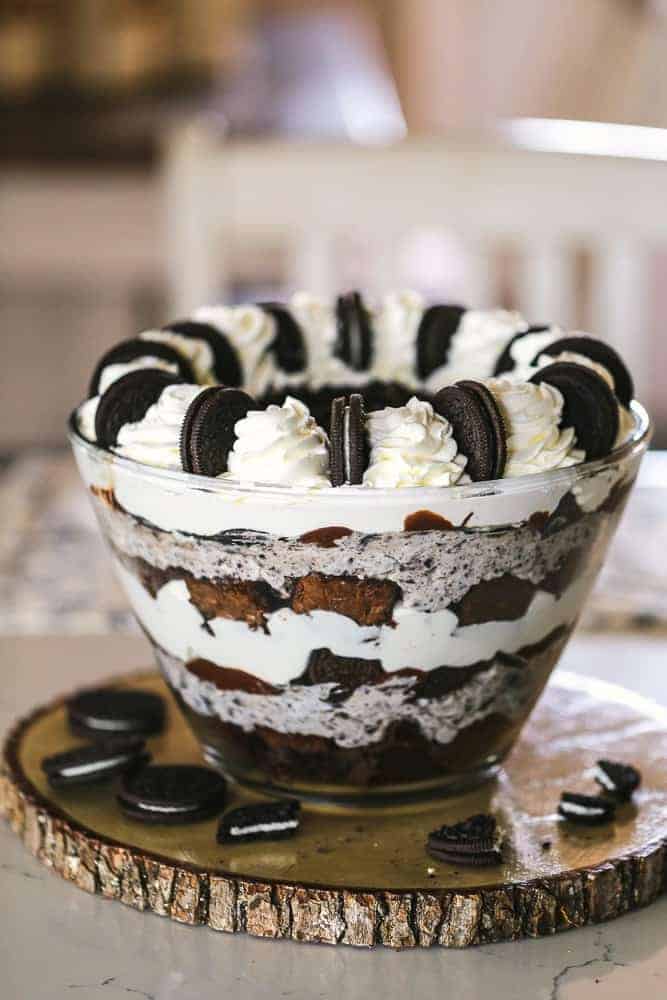 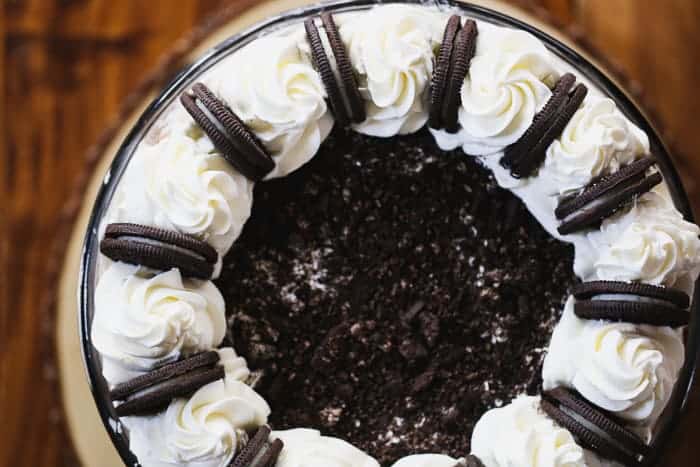 The kids loved the Oreos on the top and dipped them in the whipped cream, while the rest of  it was dreamily devoured by adults.  It's a fun dessert!

I had debated if I should put ½ cookies or whole ones on top, and I definitely made the right choice.  Go whole Oreos!  YUM! 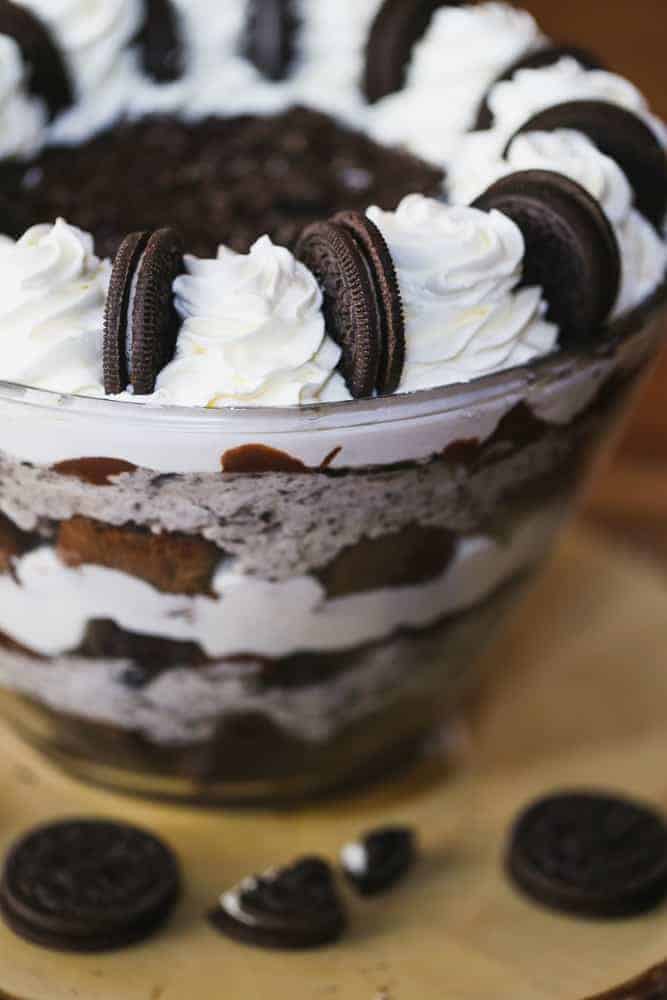 So, there are Oreos galore in this dessert.

bits in the cheesecake, crumbles on top of the trifle, whole cookies in between the whipped cream swirls on top and broken-up Oreos sandwiched between a river of chocolate ganache and yummy brownies bites.

Is that enough Oreos?  😉 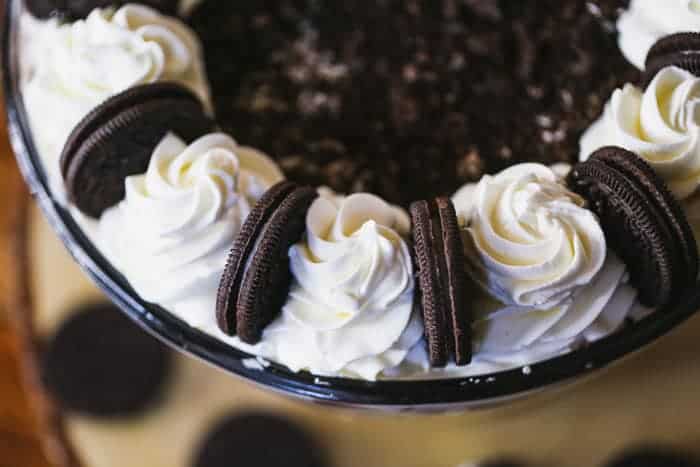 Some people say never!  What do you say? 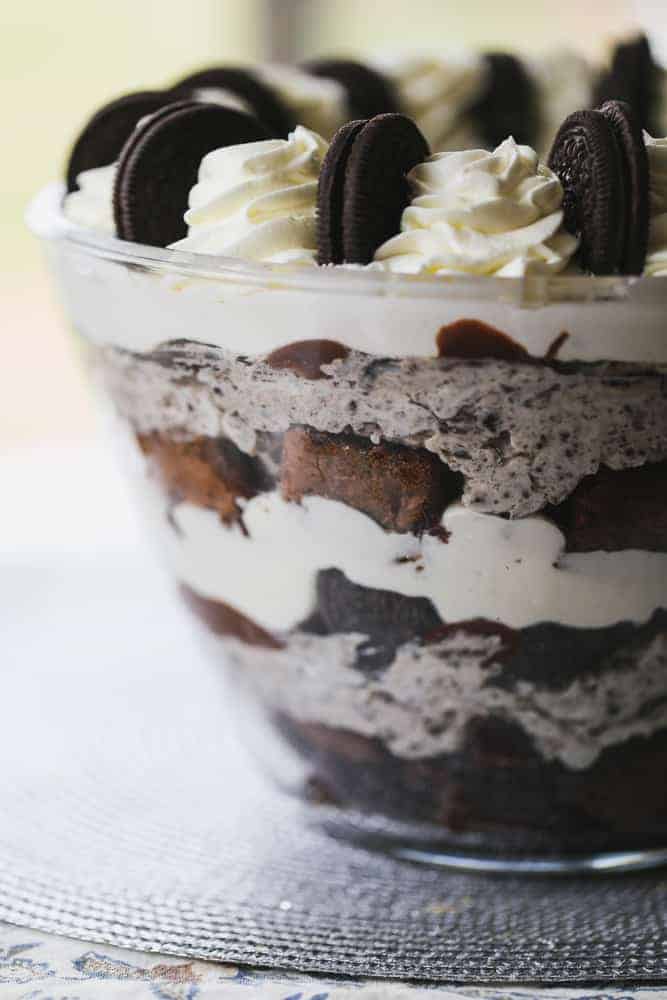 BTW...This dessert is addicting.  I think it's better, even a day or two later.  I think it's because the Oreos are more softened.  I hope you try it!  It's perfect for every holiday and special event you could ever think of. 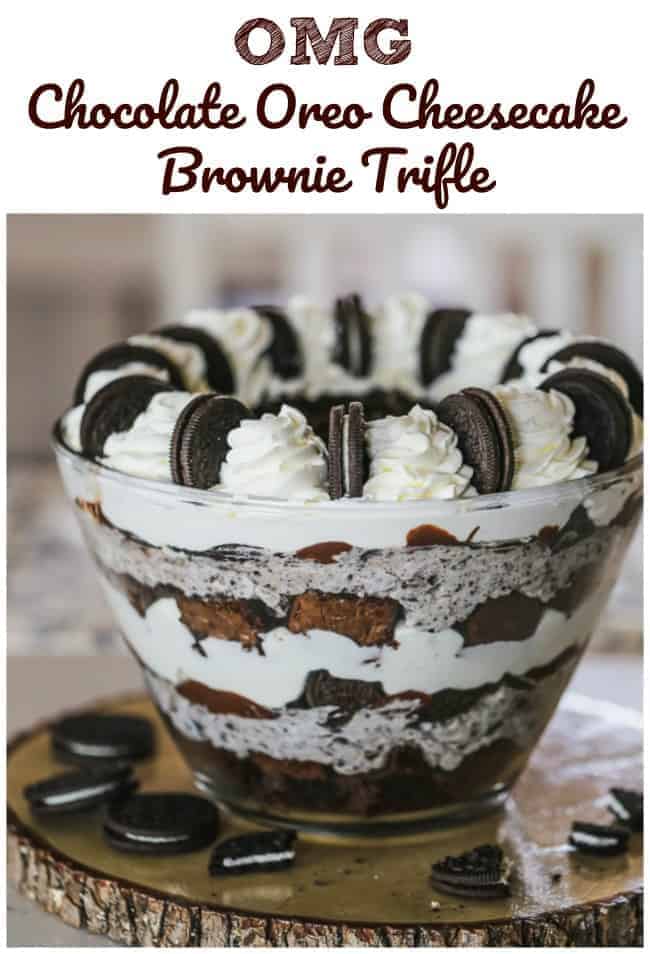 Trifle Tip: To show off the layers using a straight-sided glass dish is best. If you do not have a trifle dish, get creative, Use a glass bowl or make individual trifles in wine glasses, tumblers, or jam jars. 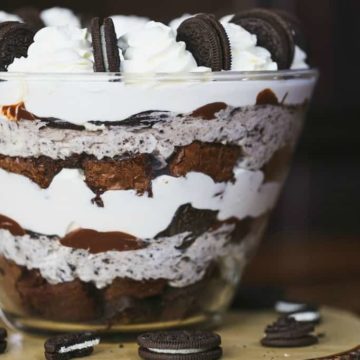 1 pan of boxed Fudge Brownies, with ingredients called out, baked in a 9x13 pan, cooled and cut into 1 inch squares OR

Top of the Trifle

If you use Cool Whip, the whipped cream on top of the trifle will not look as pretty as the real whipped cream.  So, you could just do the real whipped cream on top for the swirls.  Any way you do it will be fine though. 🙂 Also, I said to add the cookies before you serve.  You can also make the whipped cream for the whipped cream swirls on top at the time as well.  I found doing it later, I could cover my trifle much easier with saran wrap.  It's not necessary to add saran wrap or seal if you add your swirls as the directions call out, but if you have any leftover, you need to make sure it's sealed or covered with saran wrap. 🙂
Keyword brownies, cheesecake, cookies, holidays, Oreos, trifle
Tried this recipe?Let us know how it was!
Pin76.33K
Share170
Tweet
Email
Yum2
76.51K Shares