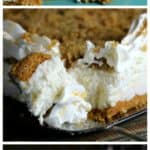 Old School 'Heavenly Hash' was one of our family favorite desserts growing up.

It consisted of crushed pineapple, whipped cream, walnuts or pecans, mini marshmallows, green grapes and cooked white rice all mixed up, refrigerated and it was creamy, refreshing and delicious when served! 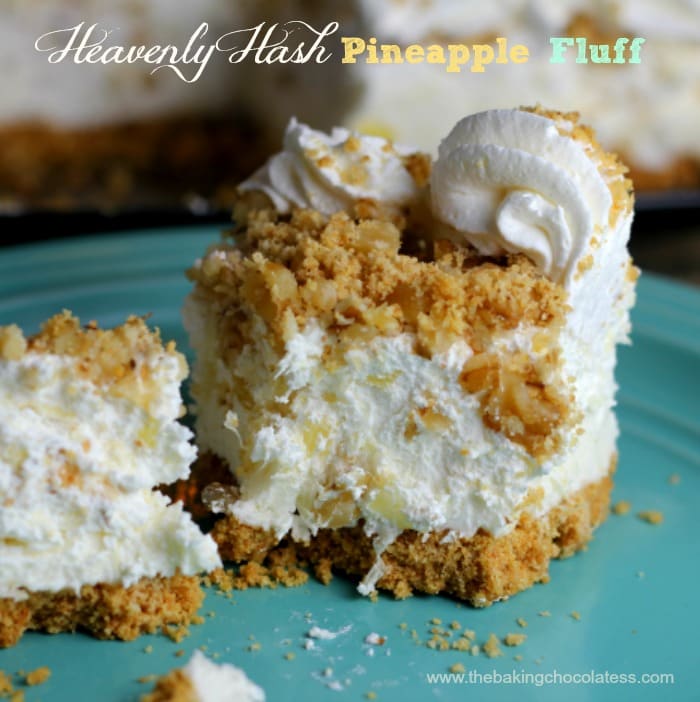 This Heavenly Hash Pineapple Fluff Dessert is along those lines, except it's a condensed version made with a little cream cheese, whipped cream and crushed pineapple atop a graham cracker crust and it's served like a cake or pie. 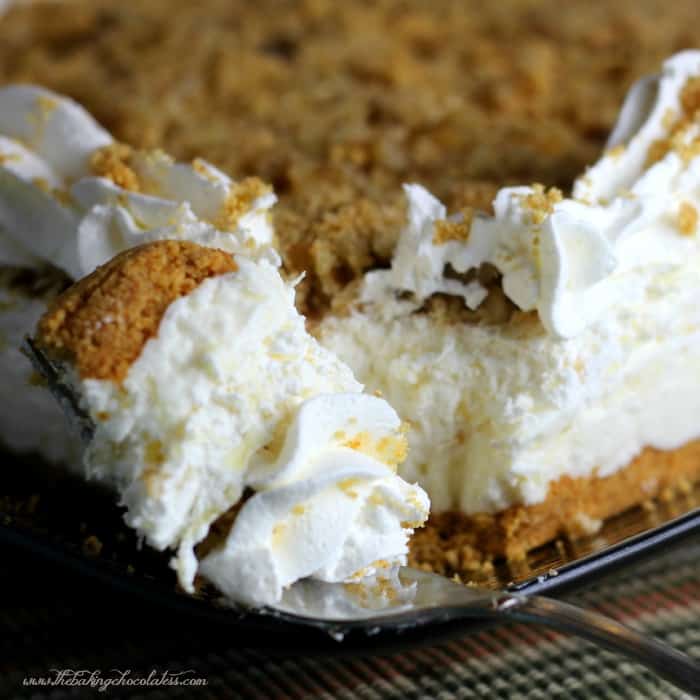 I found this recipe at Amanda's Cookin and I loved the spin she put on by making it more like a no-bake fluffy pineapple cheesecake dessert.  It's super easy to make too!

Speaking of sharing...Whenever I think of "pineapple", I can't help but think of  Spongebob Squarepants!  🙂 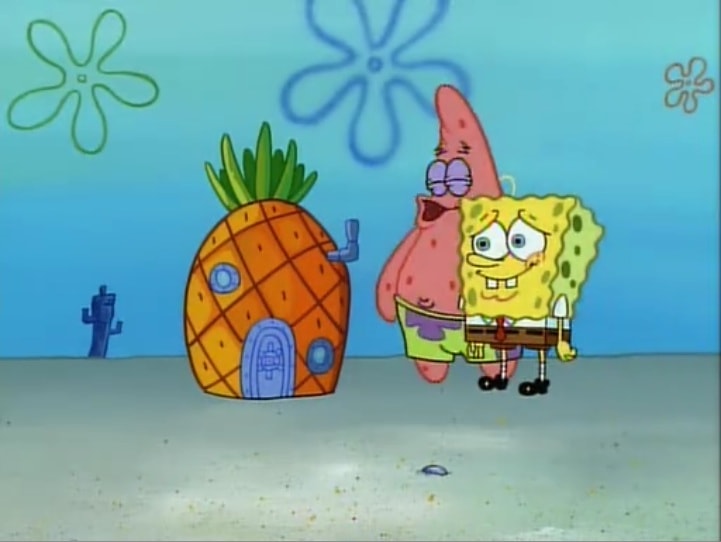 History lesson for those of you who don't know who this is! SpongeBob SquarePants and his pet Gary the Snail live in a pineapple house under the sea and it's located at 124 Conch Street.

The house is three stories high and it's fully furnished. The pineapple itself originates from land, when it fell off of a ship navigating above the sea.

With kids, it's kind of hard not to have missed this cute little show. 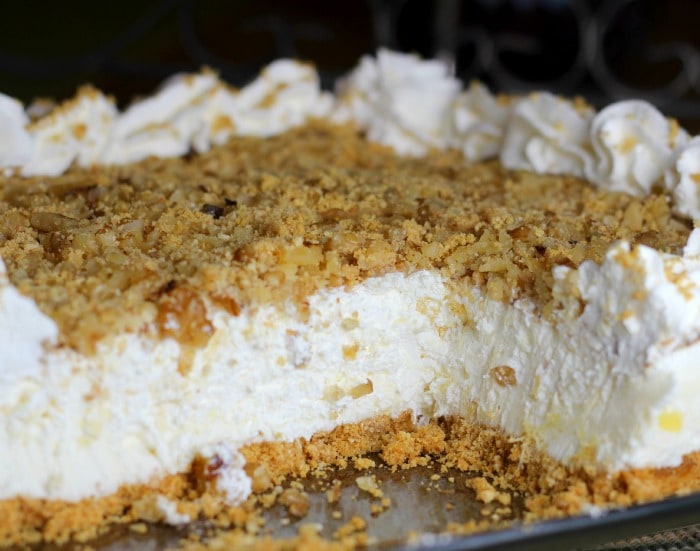 You gotta try this!  The graham cracker crust really kicks this pineapple dessert up a notch.  I even added some chopped walnuts (for a little saltiness) and graham cracker crumbs to the top and some extra whipped cream.

I debated putting mini marshmallows in mine, however I think next time I will for sure, just for an added layer of fluffiness, besides, me being a huge marshmallow junkie. 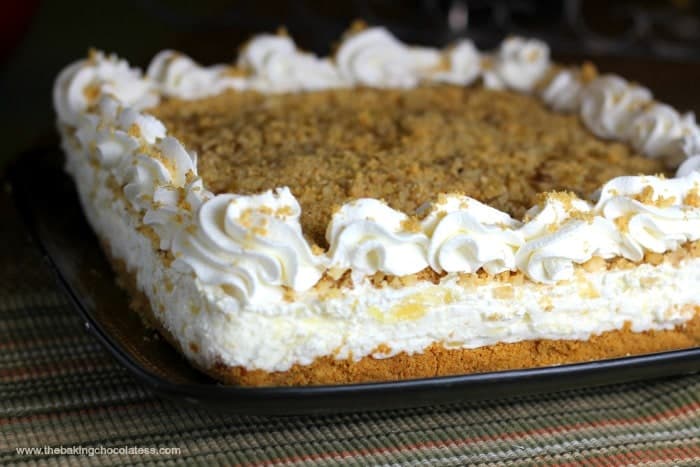 This is one dessert that everyone will want the recipe for.  It's so handy for potlucks, family gatherings, or after Sunday lunch, dinner or that late evening snack.

Other Pineapple Desserts I'm spongin' on!

Pineapple Pudding Cake via Made To Be A Momma

And if you happen to live in a pineapple under the sea, this Heavenly Hash Pineapple Fluff Dessert might be a great dessert for you too! 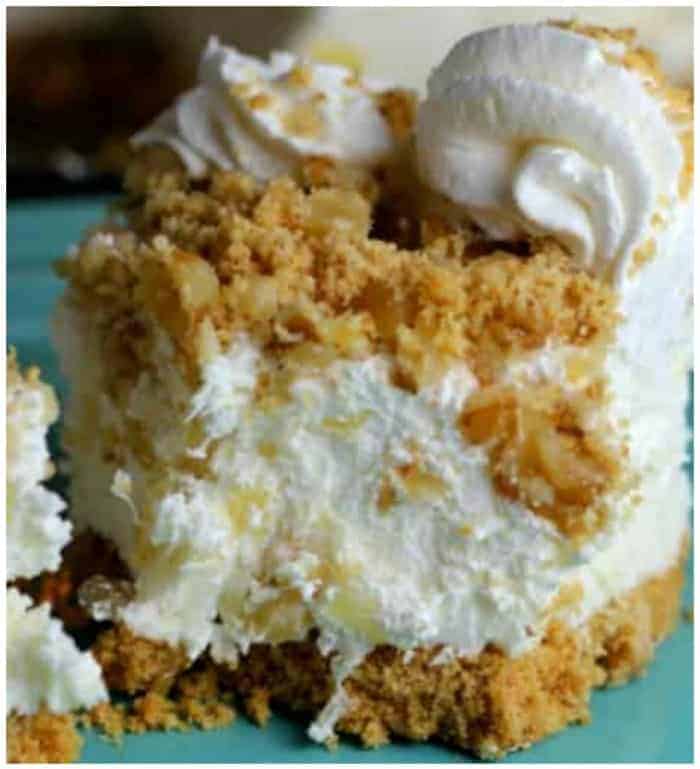 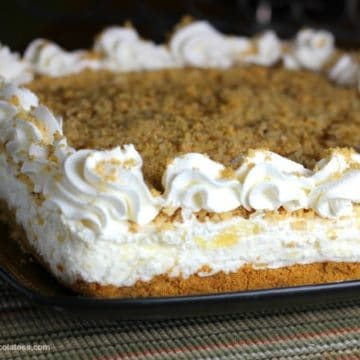 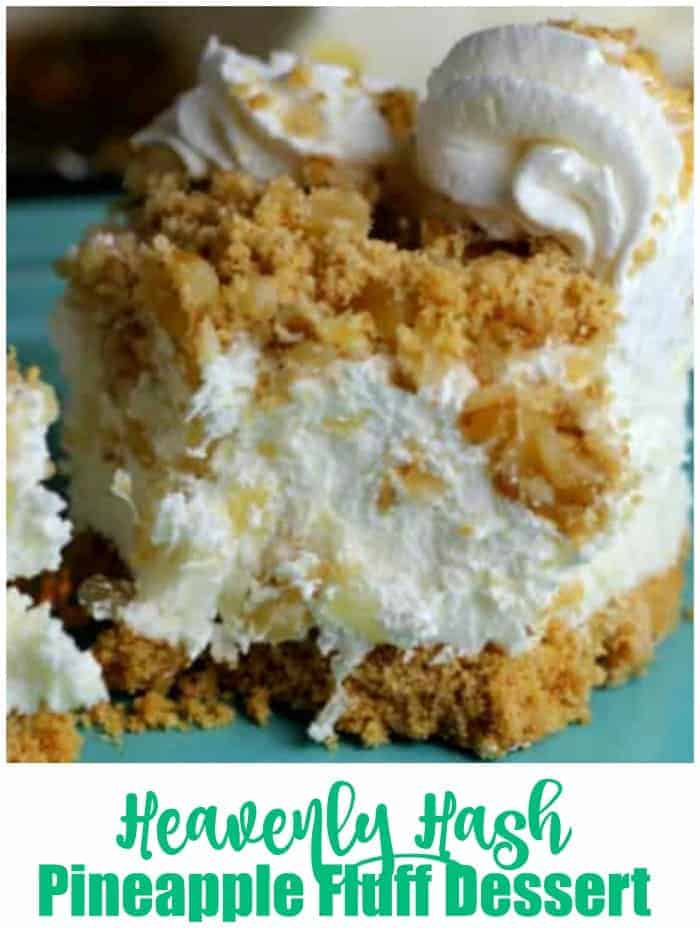