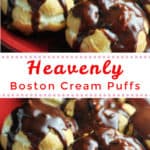 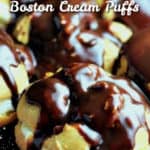 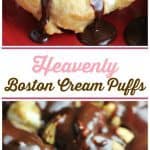 Heavenly Boston Cream Puffs  have a heavenly creamy vanilla custard filling, layered inside heavenly fluffy cream puff pastries with a luscious heavenly chocolate icing, is out of this world!  These luscious little beauties must have come from heaven, the way they taste. 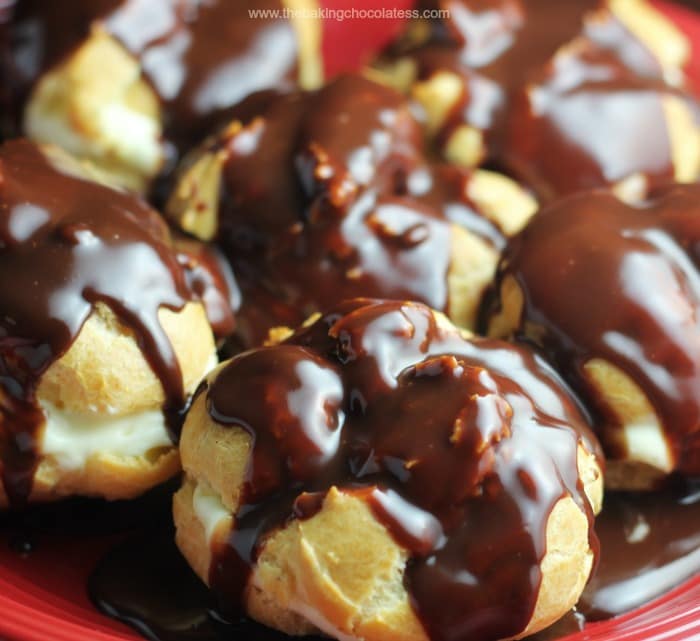 I absolutely, adore cream puffs. They excite me so!  OHHH EMMM GEEE!  Heavenly Boston Cream Puffs, I need to devour you!  All of you!

Cream puffs, themselves are super easy to make.  The first time I made them as a tweener and was shocked how easy they were to prepare. 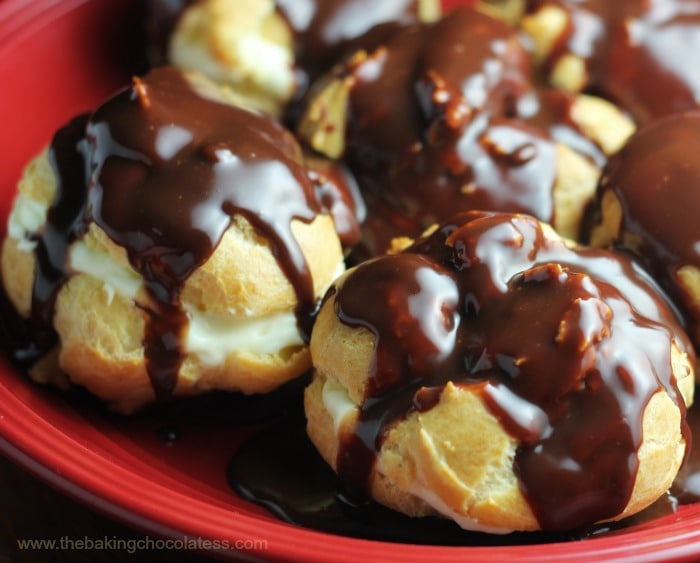 This delicious pastry dessert that is filled with a cream filling has it’s own special day each year on January 2nd, known as, ta-da!!!! National Cream Puff Day!  I'm a little late.  Sorry...but, as they say, better late than never, right? 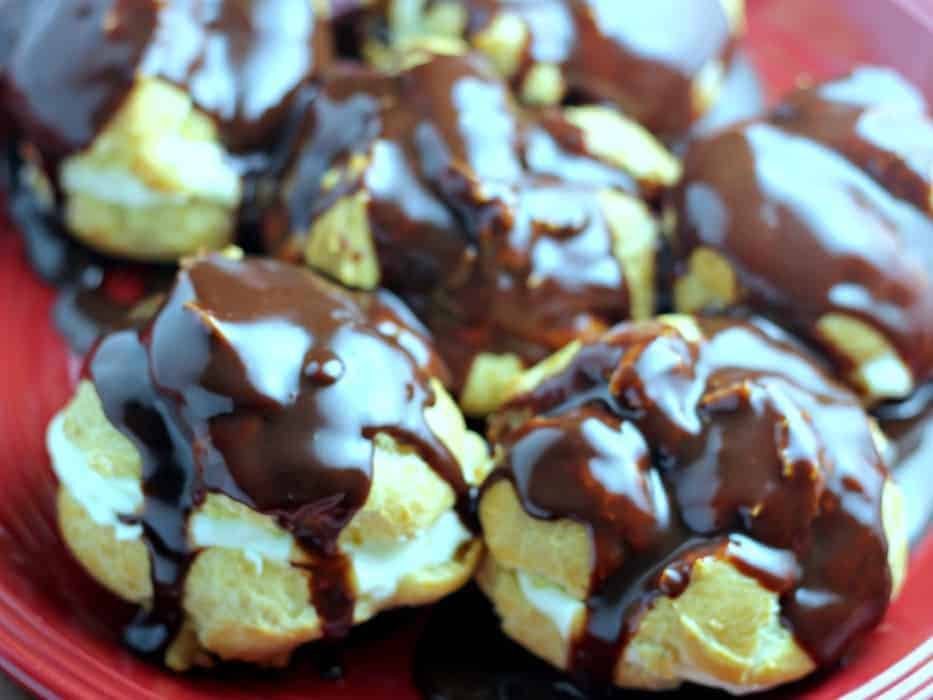 Cream puffs are a French dessert pastry of  crisp, hollow pastry shells made from dough called choux (pronounced shoo) pastry. They can be filled with whipped cream, pastry creams, fruit fillings, ice cream, puddings, pastry creams and custards. Toppings include such delights as chocolate sauce, caramel sauce or even dusted with confectioner's sugar.

You could also try this “tried and true” State Fair Cream Puffs, or these Cream Puffs with Vanilla Ice Cream and Chocolate Sauce. But, I highly recommend this recipe! 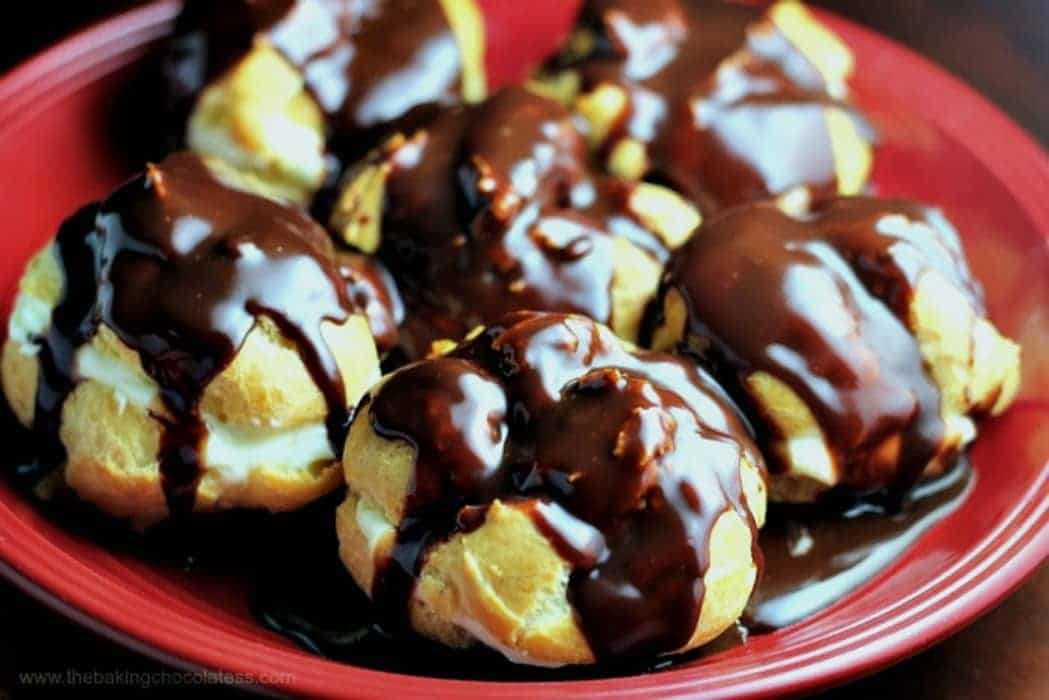 These Heavenly Boston Cream Puffs will have you licking every last drop!  Trust me, the plate is lickable! 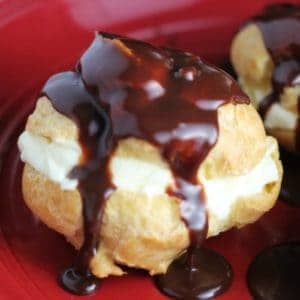