Who else is fascinated and totally obsessed with chocolate covered fluffy marshmallow anything?

If you do, let's kick the chocolate covered fluffy marshmallow thing up a notch, because Chocolate Covered Fluffy Marshmallow Brownies just really sound amazing!  Don't they??  I think it's safe to say that the marshmallow is everyone's bestest friend in the land! 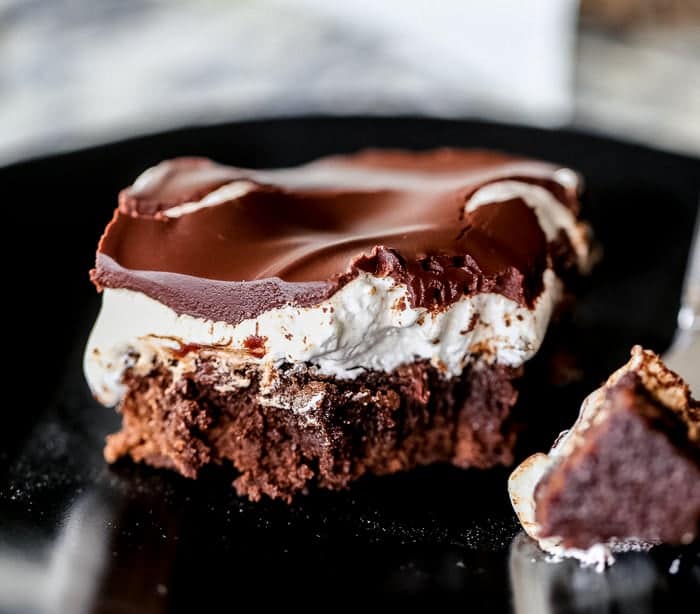 So to start this marshmallow fantasy, whip up these easy one bowl scratch brownies for starters!

Then add some sweet fluffy marshmallow cream with some mini marshmallows are used for the thick marshmallow layer and then it's covered with the most yummy chocolate ganache and WOW! 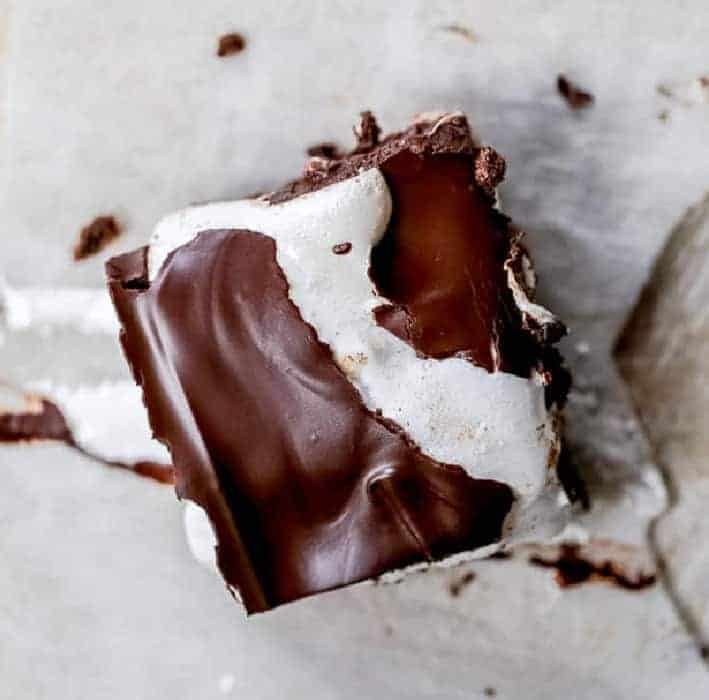 These are best served and left out at room temperature.  You can cut them after they have cooled.

They're really gooey and fudgy.... 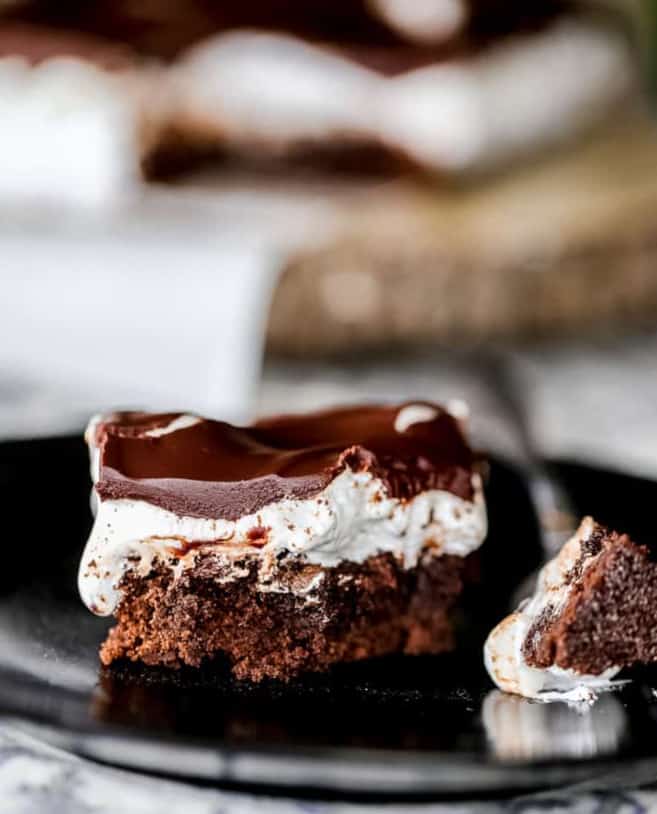 Spray again with cooking spray on top of the parchment paper and make sure your parchment paper is long enough on the sides so you can pull the baked brownies easily out of the pan and you can cut them easier.  Once lifted out, cut the brownies and devour.  Who can resist?

is the best and I use it for most all of my cookies, bars, brownies, breads and cakes.  It's one of my most prized tools of choice when baking. 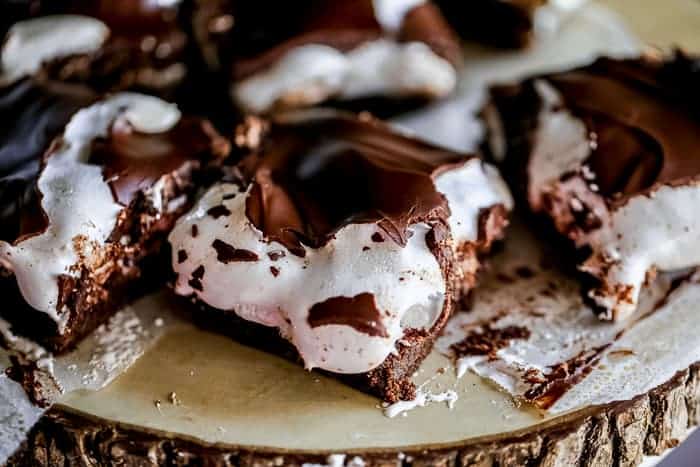 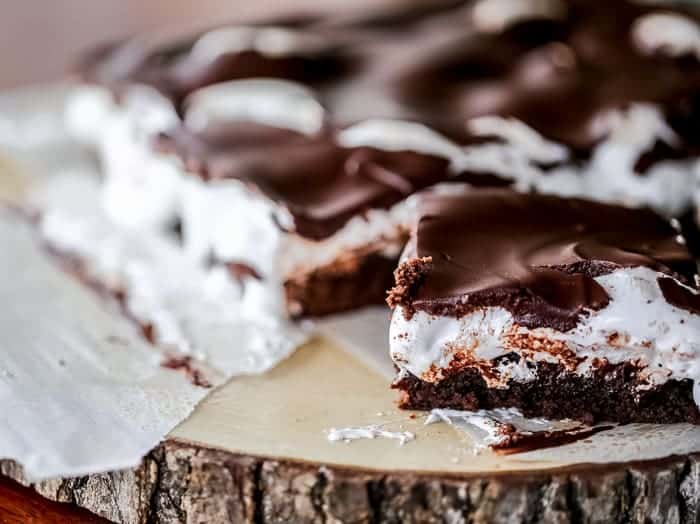 I have eaten a ton of this  Heavenly Chocolate Rocky Road Candy! {5 Ingredients!} too...seriously, the best! 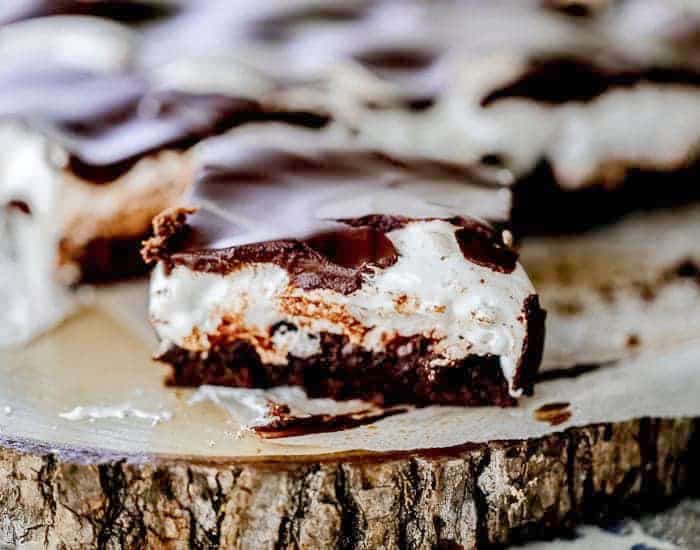 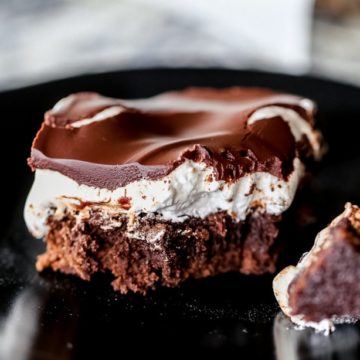 Use half of the ingredients if you want thinner layers of marshmallow and/or chocolate layers.   Don't recommend putting these in the fridge.  The chocolate turns to chocolate shell and it's not as good if you ask me, but I'm sure if you did put it in the fridge, just pop it in the microwave for a few seconds for a warmed up delicious treat!
Tried this recipe?Let us know how it was! 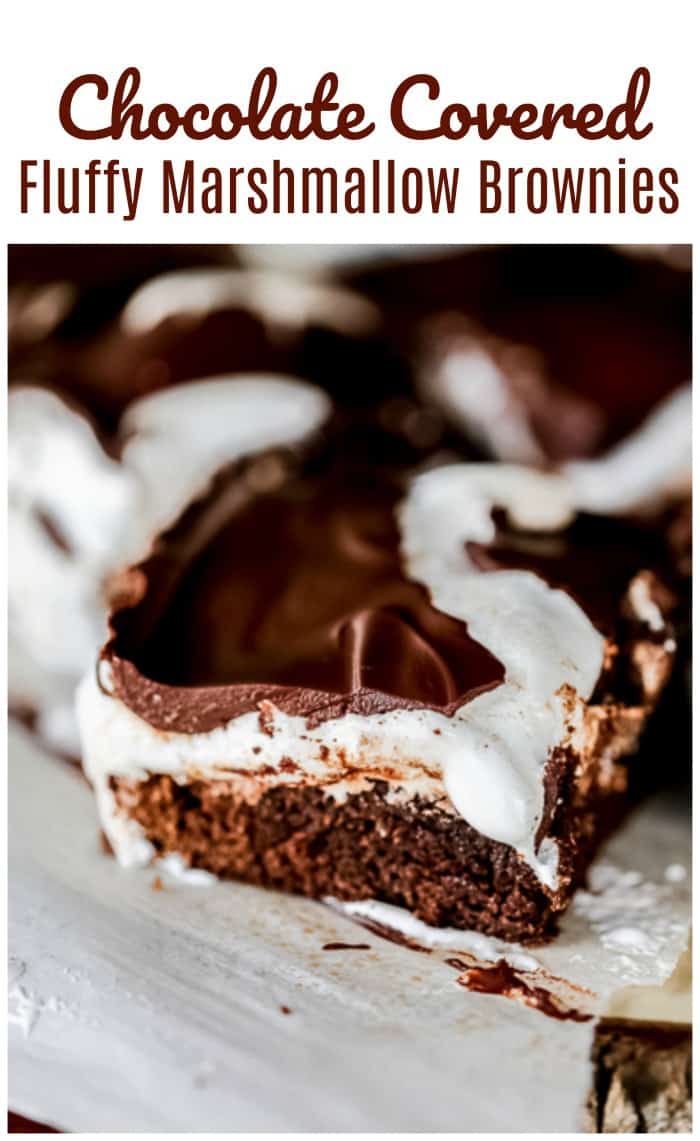 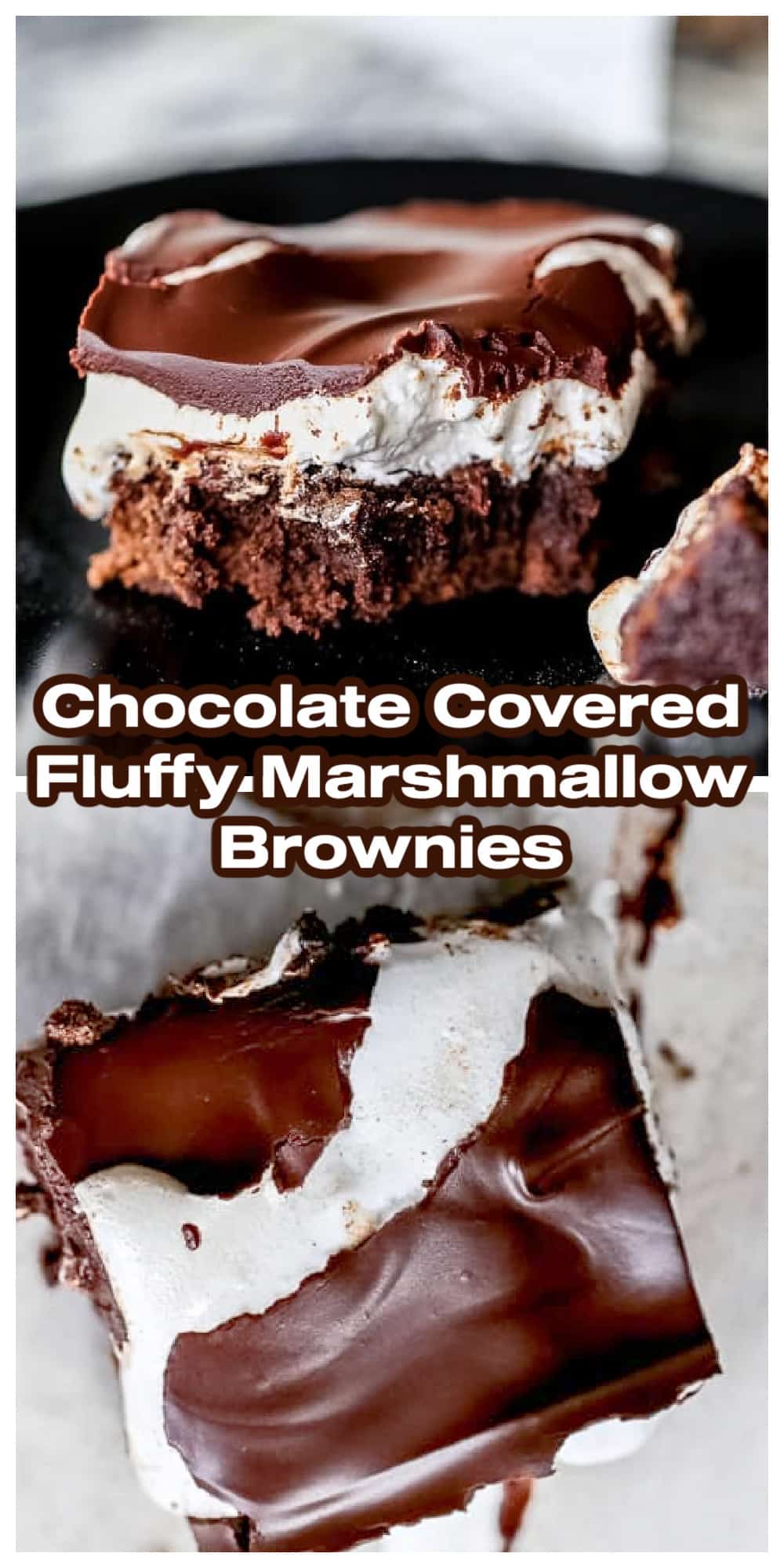 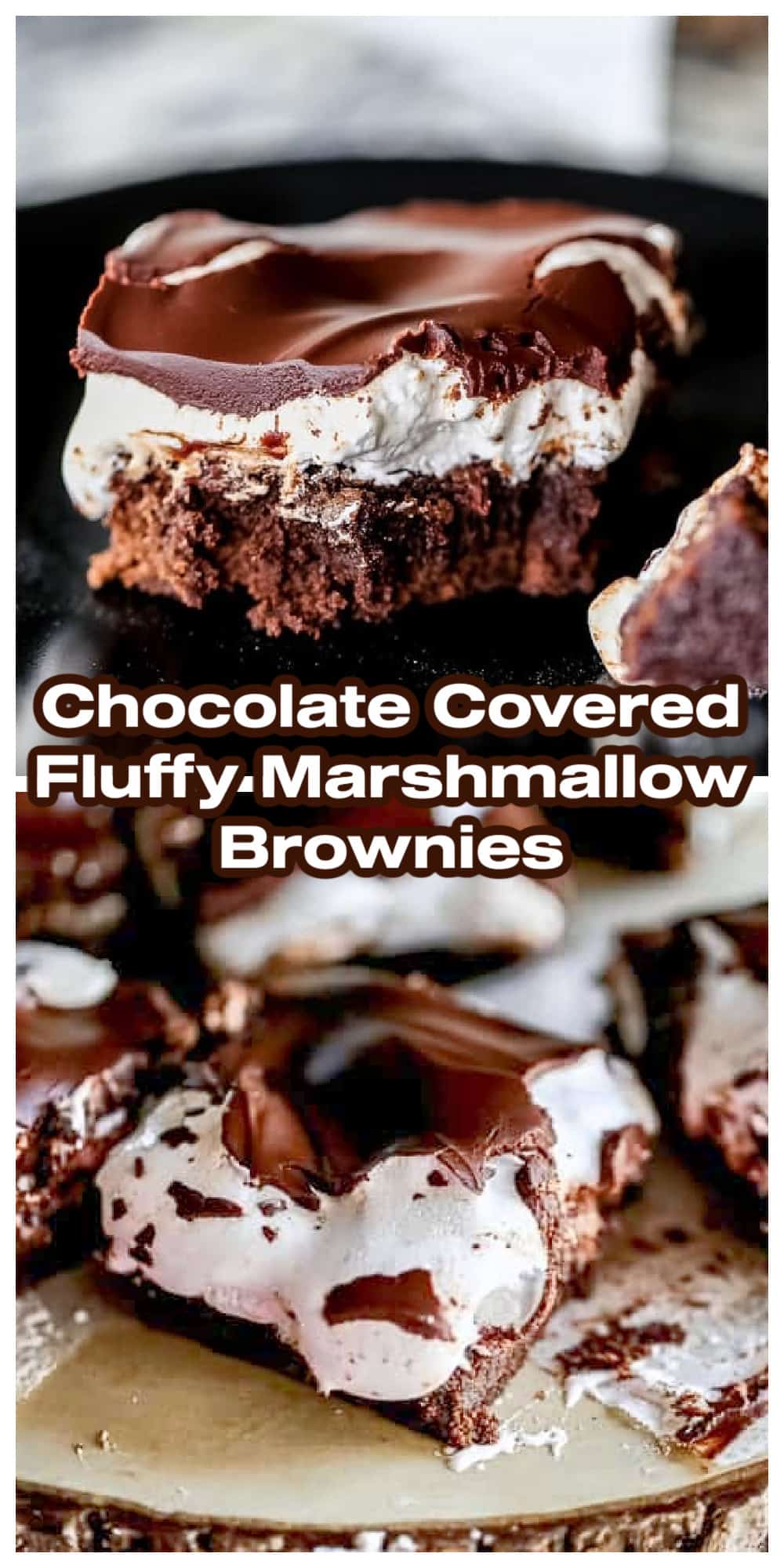 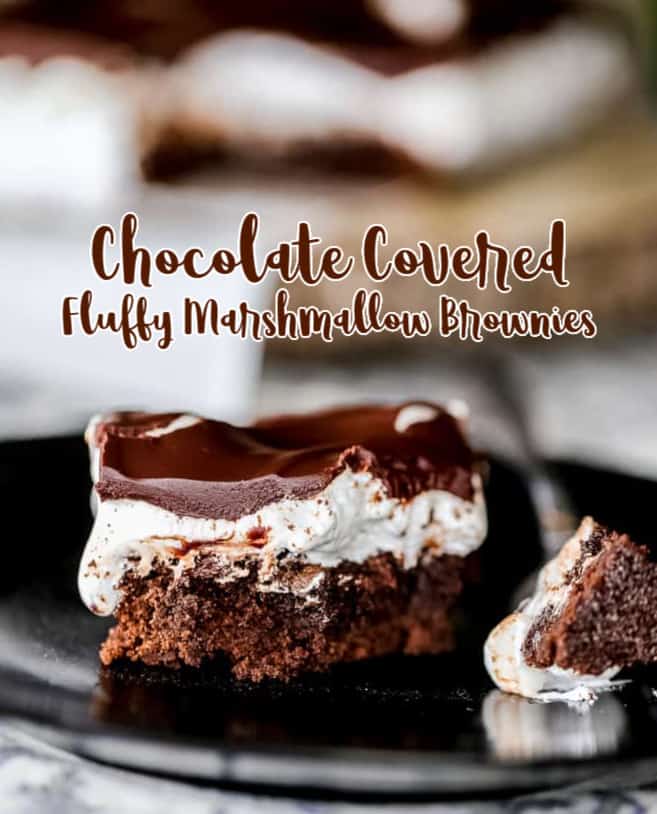 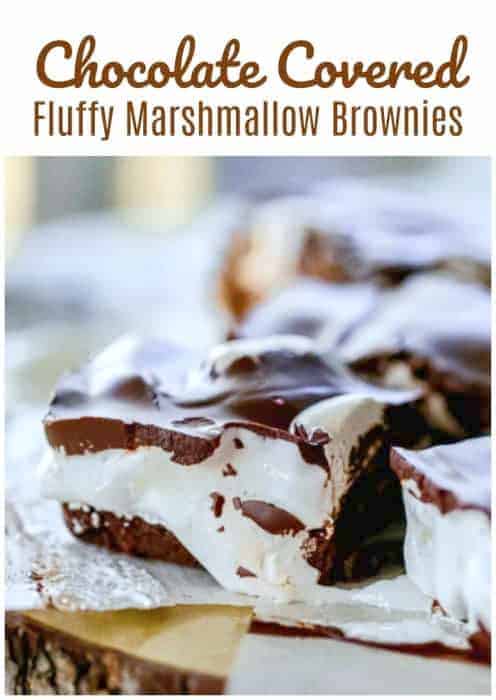