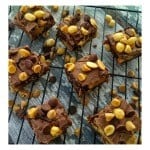 Heavenly, rich, creamy peanut butter and chocolate gooey deliciousness in a fudge brownie. These Rich 'n Gooey Buckeye Bars are Trouble! No one can resist! 🙂 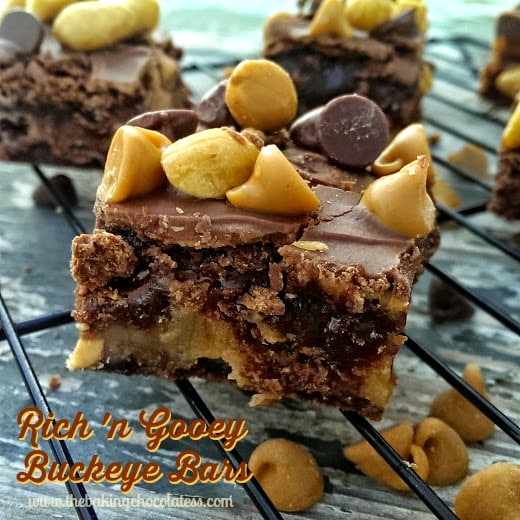 Buckeyes!  Growing up in Bourbon, Indiana, believe it or not, we had a big ole' buckeye tree!  True story!  My sisters and I would make necklaces out of them, have buckeye fights, pile them up, spell with them, rake them and stomp on them.

There were lots of those little buckeye nuts in our yard, luckily we didn't eat them.  Found out they are poisonous after the fact, so I guess it is a really good thing we didn't try eating them, being crazy kids and all!  We wouldn't have these Rich 'n Gooey Buckeye Bars!

Back in those care-free days, in the tweener and teenager years, seems like I was always stuffing my face  morning, noon, after school, dinner, after dinner and even the late hours. But, strangely, we never ate buckeyes (no...not the real buckeyes) but, as in the candy "Buckeyes".

"Buckeyes" are peanut butter candy cream rolled into balls and then dipped into melted chocolate, leaving a 1-inch round circle of peanut butter visible on the top.  Buckeye candies were created to replicate the nuts from Ohio's state tree, the Buckeye tree. 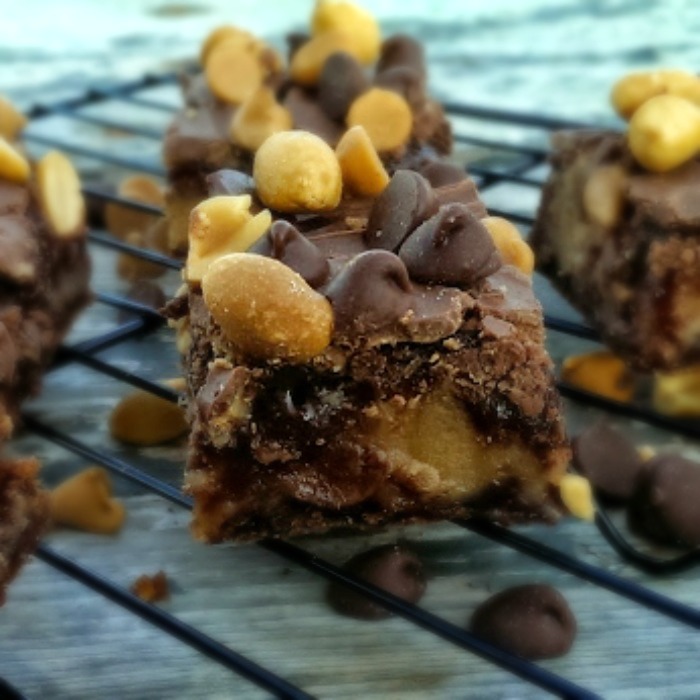 I never officially had  "buckeyes" until I was in my twenties. (I guess I was care-free & sheltered.)  And when that moment happened...it was instant!  It was definitely love at first bite! 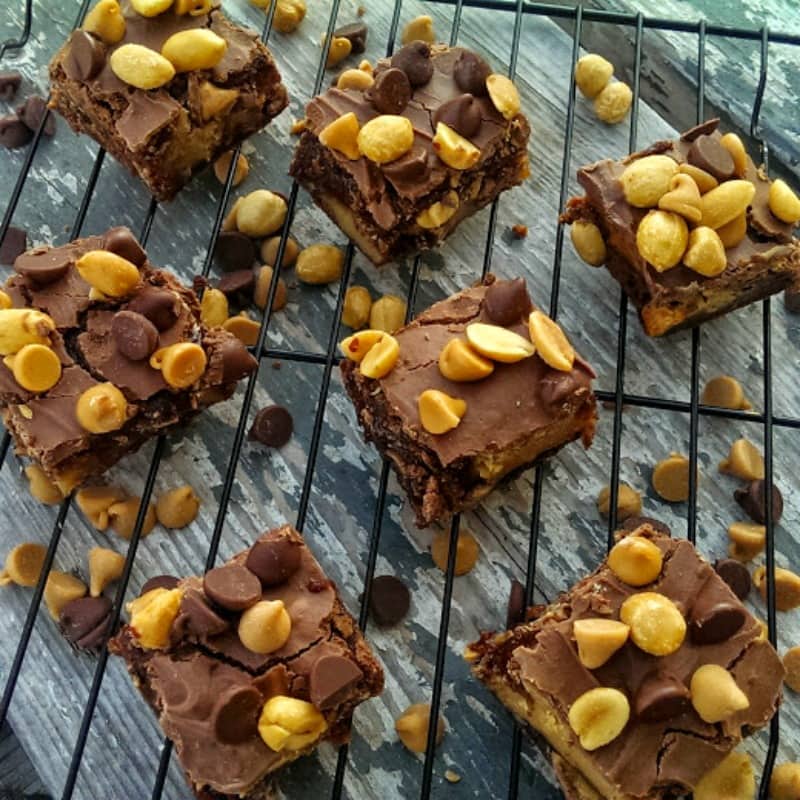 Another love ----> I love brownies!!  In fact, the gooier, the better, and these Rich n' Gooey Buckeye Brownies are so rich and ooey-gooey, they literally melt in your mouth!

One of my guinea pig friends, (and I have many!) said his mouth had multiple orgasms.  (I did not make this up! LOL!)  So, if you are desiring, 'I'll have what he's having', here's the recipe!  Happy Baking and Enjoy!! 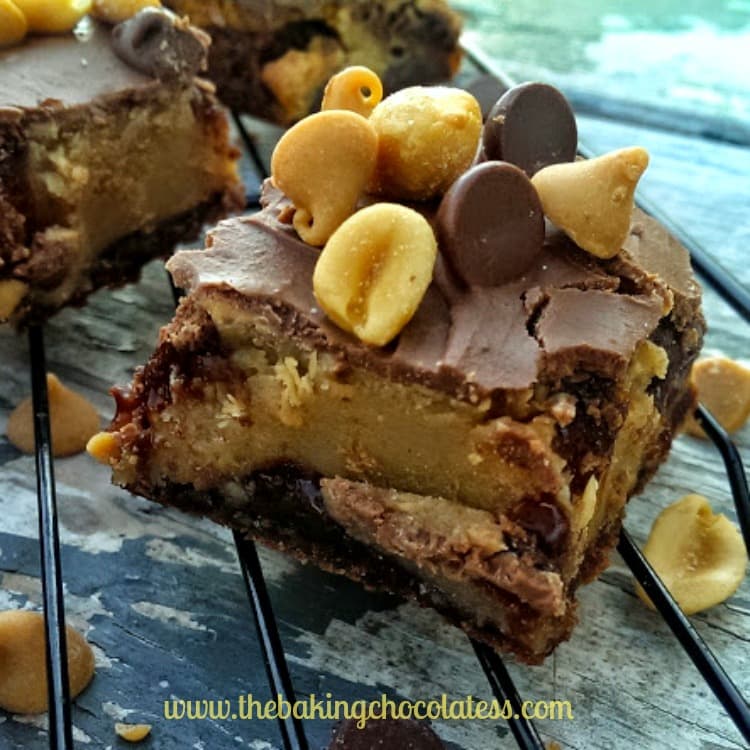 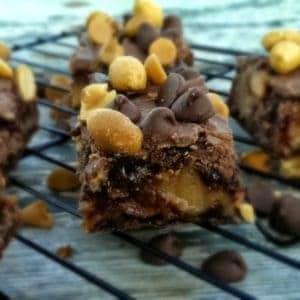