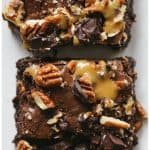 Sinfully divine fudgy Turtle Brownies infused with a layer of caramel gooeyness and then topped with lots of chopped pecans, caramel and chocolate chunks. Doesn't get much better than this! 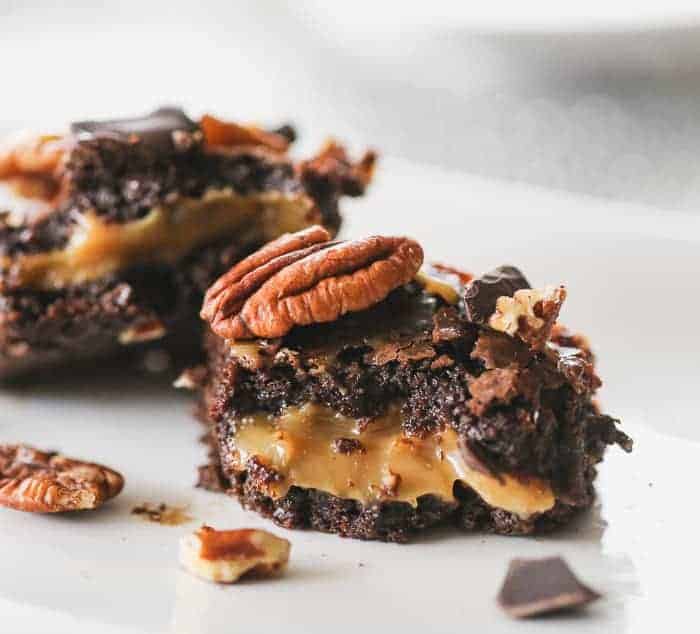 Hope you all had an awesome Turkey day!

I had a super, awesome time with the Lange family this Thanksgiving, which would be my husband's dad's side.  Wonderful, wonderful people!  They are very special to me and I'm so proud to be a part of the family. We had great delicious food and lots of laughs! 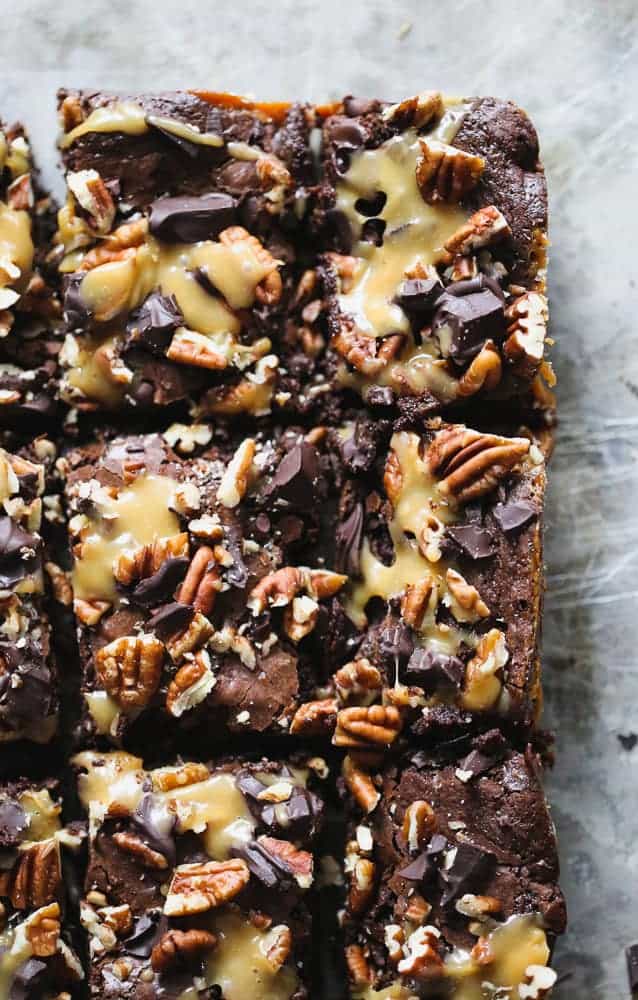 Curious....do you still have your fat pants on?

Plus....We got Turtle Caramel Truffle Brownies in the house!

WARNING!!! These gooey, fudgy Turtle Truffle Brownies are ultra yummy and drool-worthy, so you see where I'm going with the fat pants.  Or I can just tell you no calories and we'll all be in denial. 🙂 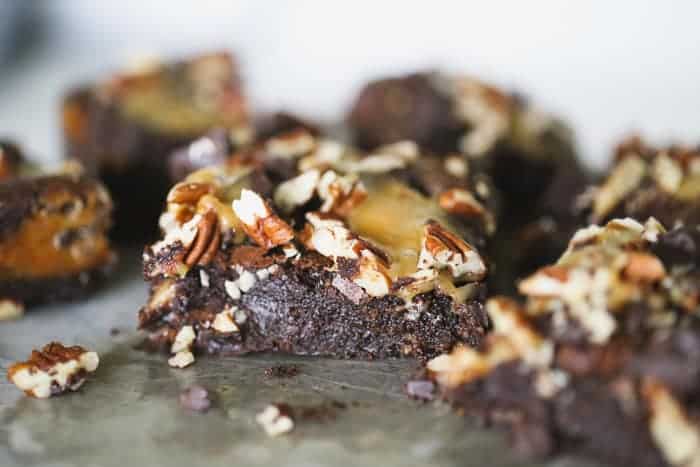 These purely sinful decadent brownies look and taste like an OMG moment.... Chopped pecans, chunks of luscious Lindt chocolate and caramel on top of fudgy brownies.  Oh, and these brownies are stuffed with gooey caramel too.  It's not just on the top!

Ohh hello Hollywood!  These definitely are show-stopper worthy!  Everybody knows that! Duhhhhhh!!!

If you're old enough, remember back in the 90's, when everyone used the phrase 'Duh'?  I don't even want to think how many times I have said it and still do, when I'm feeling a little nutty.  LOL...My go-to favorite word is and probably always will be 'Whatever'. Of course, there has to be an eye-roll to make it picture perfect when 'Whatever' is spoken, ya know? 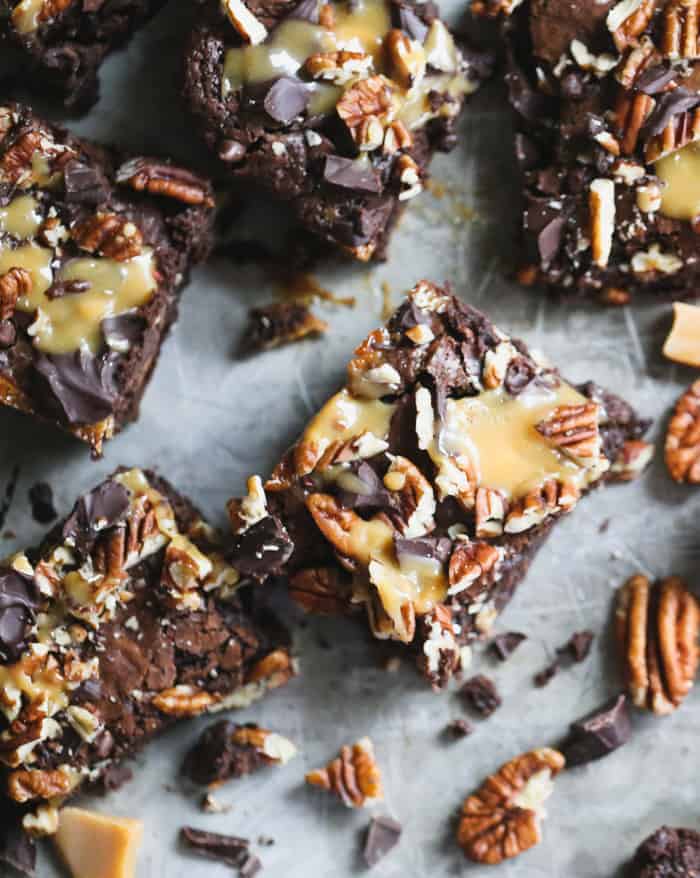 I used to have a black t-shirt that had white font lettering that spelled out 'Whatever'. I was so proud of that shirt because I knew everything at that age, ya know, being a teenager and all.  I don't know 'whatever' happened to it to my 'whatever' shirt.  Sad face. 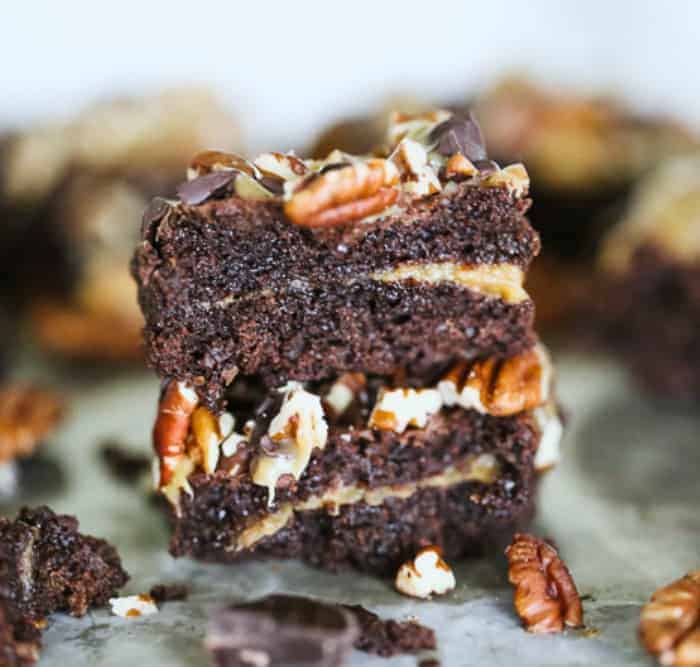 I'm positive though, one of my ex boyfriend's hid it, burned it or gave it to Good-Will, probably wishing secretly, that if they got rid of the evidence, that I would miraculously quit saying 'whatever'.

Unfortunately, that strategy did not work. ‘Whatever' can translate into so many meanings, you know?  But, since I'm rambling on here, I probably should get back to telling you about these awesome brownies! 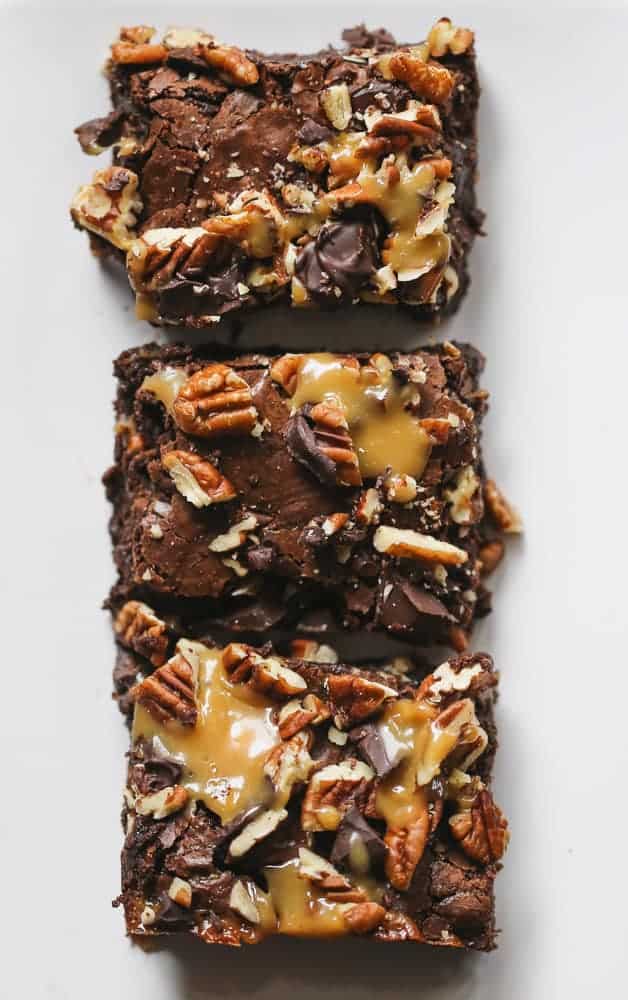 Is there somewhere you need to show up at that you want to impress? These do just that!  I promise you! You won't hear 'whatever', especially out of me and that would be a guarantee! 🙂 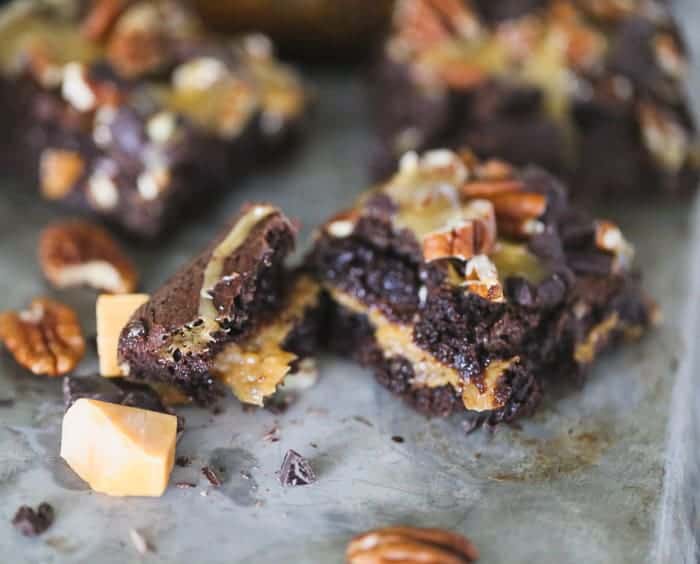 Perfect Brownies {For that Chocolate 'Fix'}

Hope you enjoy!  Here's the recipe! 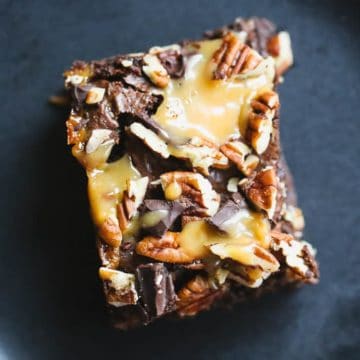 Kim Lange
Sinfully divine fudgy Turtle Brownies infused with a layer of caramel gooeyness and then topped with lots of chopped pecans, caramel and chocolate chunks. Doesn't get much better than this!
No ratings yet
Print Recipe Pin Recipe
Course Dessert
Cuisine American
Servings 16
Calories 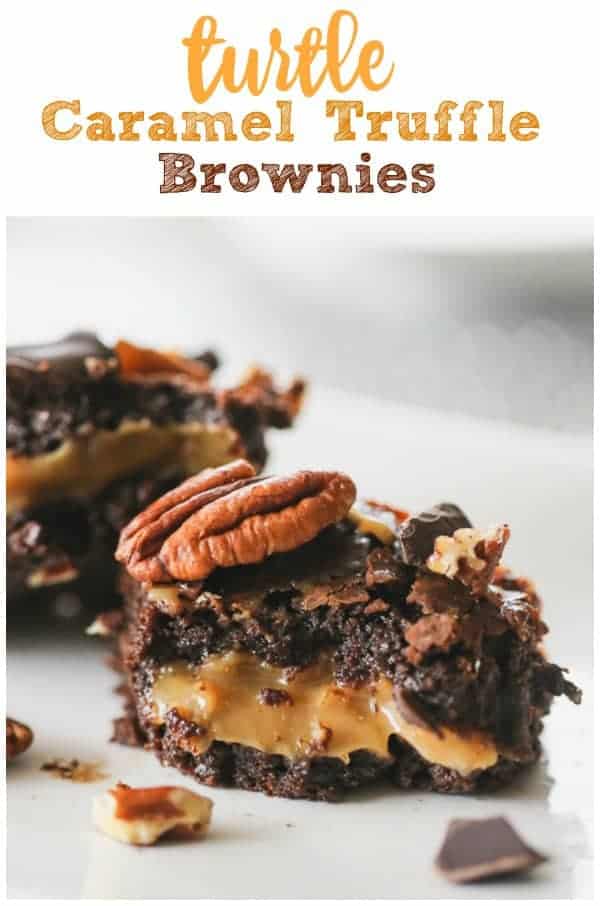