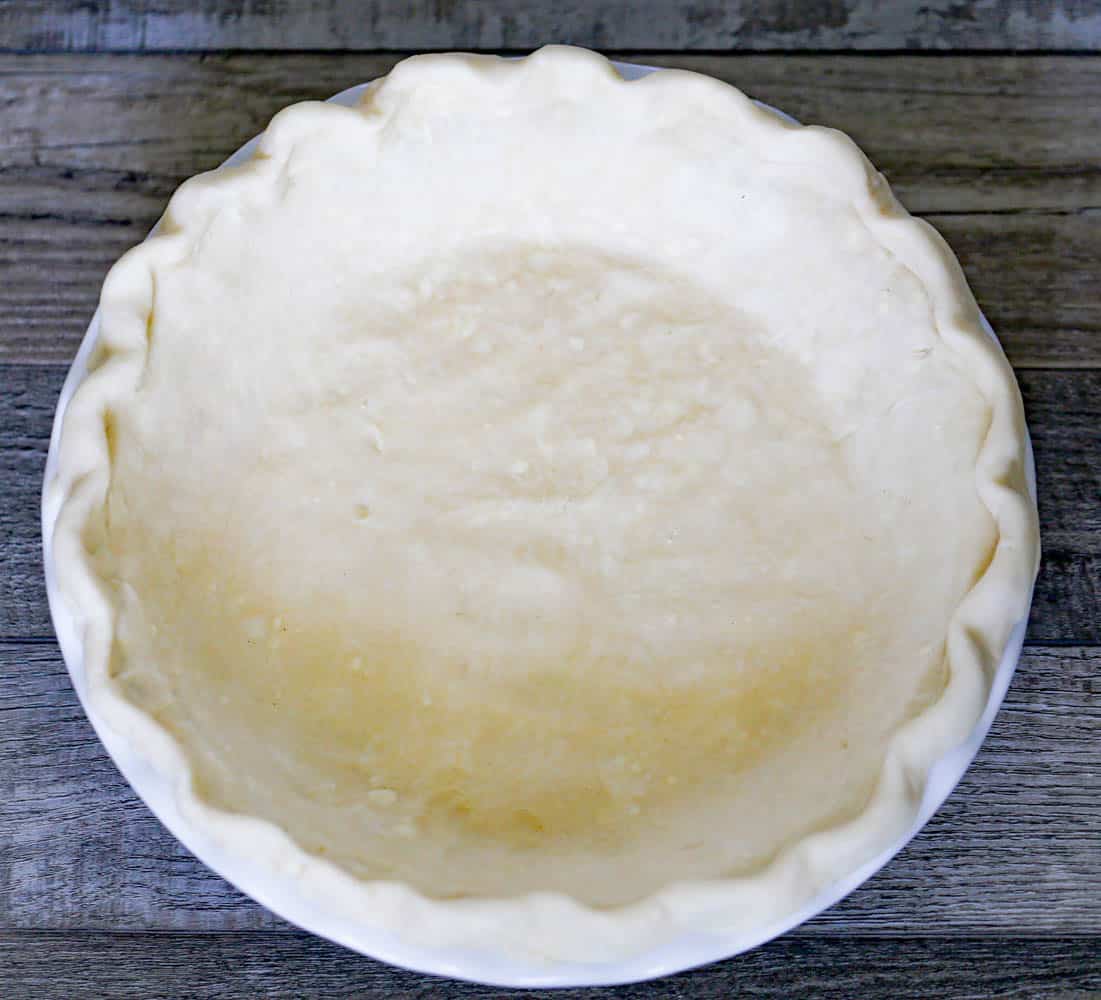 When someone says 'let's make a home-made pie crust' there's suddenly a pink elephant in the room and it gets real quiet, because no one wants to tackle it. I know! I've been there, I get it!  But, it doesn't have to be that way anymore. Actually it's simpler than you can imagine. All it takes is a little faith in yourself (Yes you can do it!) and a few tricks of the trade that anyone can master with our easy Pie Crust Tips!

For the love of God...first rule....Don't Overmix! 🙂 Using a fork, toss the wet and dry ingredients together or a very few pulses in a food processor.  To get a really flaky pie crust, you want  the butter to remain in big flakes, so don't overmix. Who knew, right? We like flaky!

Second rule...Chilling!  Chilling is a huge factor when making your crust. That's why we use ice water and very chilled butter, and if you chill all the utensils, you are using to mix up your dough, that really helps too.  No matter how many times you handle or mix the dough, you need to keep it well chilled.  It makes the crust tender.

Pie dough also benefits from a rest period after mixing.  It makes the dough easier to roll and shape.

, put all ingredients into your food processer and pulse until you get coarse little balls.

By hand, put everything into a mixing bowl, and quickly squish the chunks of butter and flour mixture together with your fingers or use a pastry cutter

Once the dough has come together, form it into a disc (approximately ½ inch thick) and wrap it tightly in plastic wrap and chill 30 minutes to overnight. 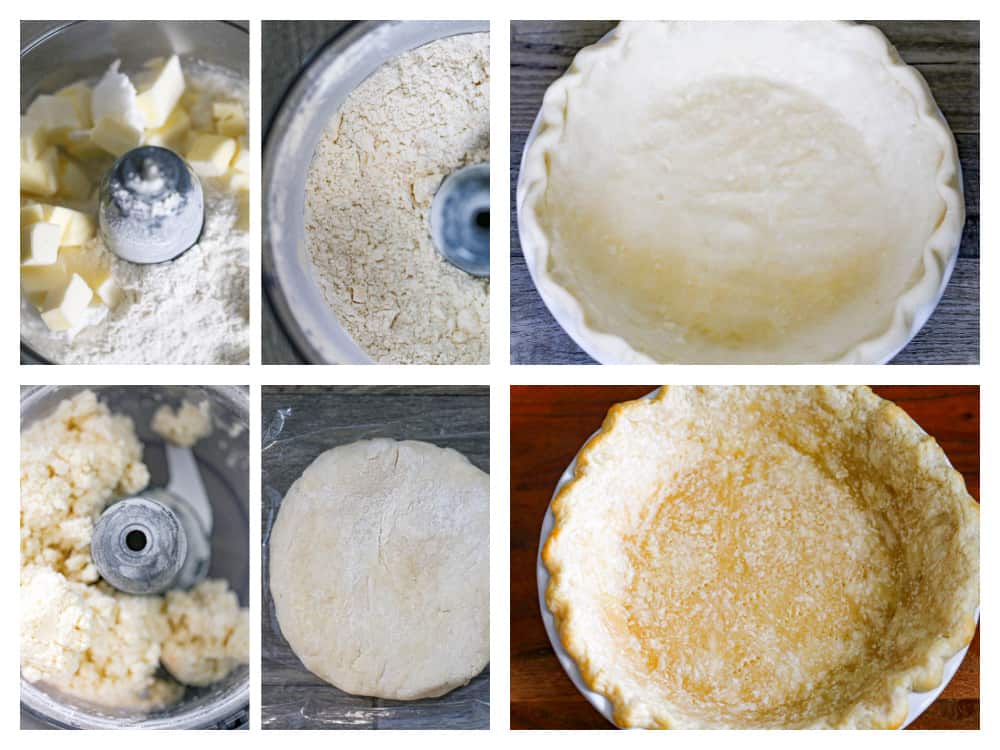 When rolling dough out, always start from the center and work your way out in all directions.  Use a heavy rolling pin

for rolling pie crust. If you roll out the dough on wax paper or parchment paper

, it makes cleanup easier.  To keep wax paper from slipping, sprinkle a few drops of water on the countertop before arranging the paper.

, chill it again 30 minutes to overnight.  Use a metal or ceramic pie plates when baking pies with butter pie crusts; glass pans are much more slippery.

Hints for a No-Soggy Crust:

Refrigerate the dough for 15 minutes before adding the filling.

You can blind-bake (see below) the crust and then moisture-proof it with one of these tips.

Baking a frozen pie is also a help, as the crust begins to bake before the heat thaws the filling, and the entire pie bakes for longer than it would normally.

This refers to the process of baking a pie crust or other pastry without the filling.

Line a pie crust with tin foil, then fill it with beans, rice or pie weights

, so that it will keep its shape when baking. Blind-baking is necessary if the pie filling can not be baked as long as the crust requires, or if the filling of the pie would make the crust too soggy if added immediately.

Use a fork to poke holes in the bottom of the crust.  This will also keep the bottom from bubbling up.

Another trick to weigh down the dough is to place empty pie pans on top of the dough in the pie plate.  This is called double panning.

Blind-baking is essential if the filling is not intended to be baked, for example a chilled filling. 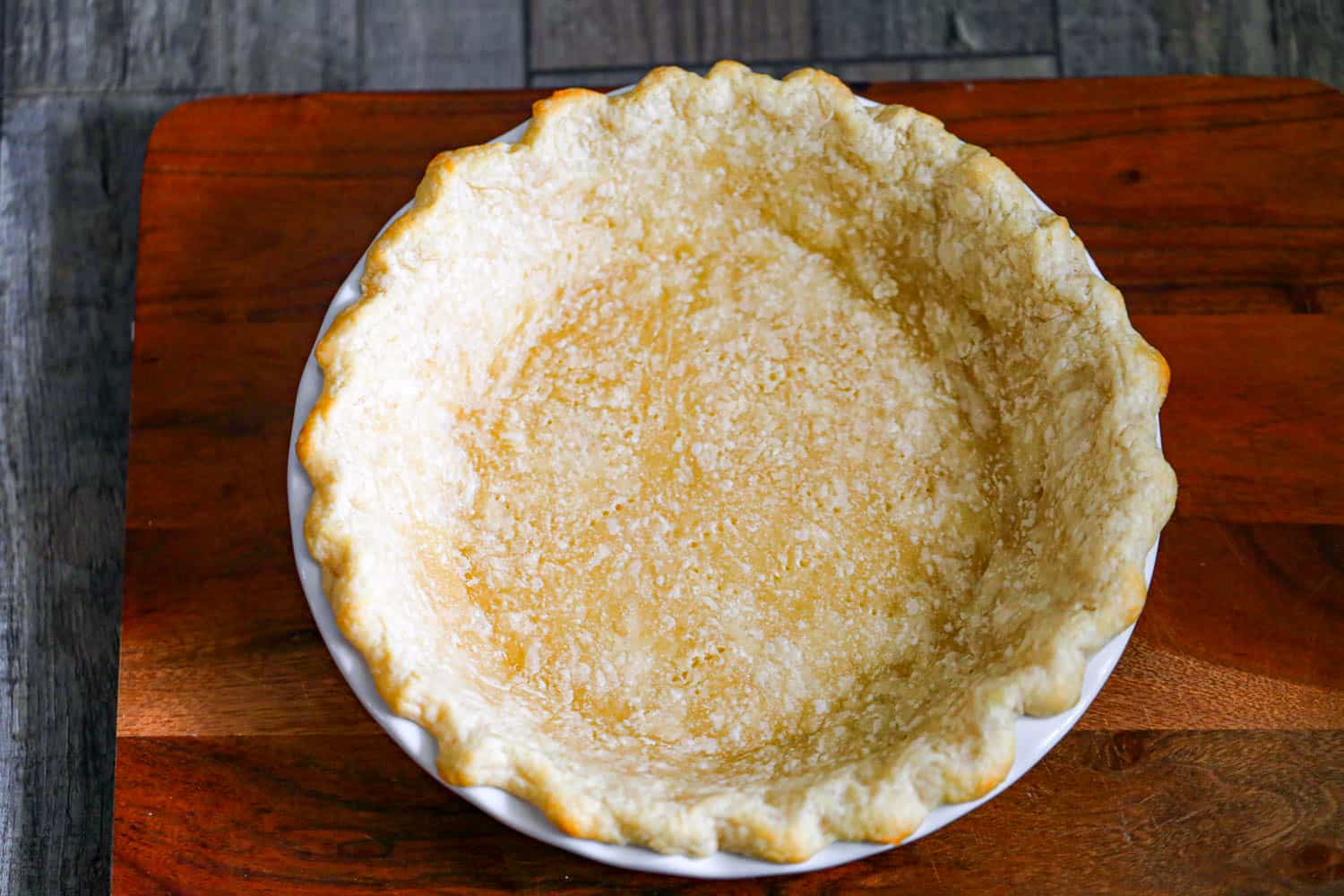 Brush a little water around the edge of the bottom crust before placing the top crust to create a good seal by crimping the top and bottom crust together with your fingers.

Before placing double-crusted pies in the oven, loosely wrap aluminum foil around the pie crust edges to help the edges from browning too quickly.  Remove the aluminum about 10 minutes before pies are ready to come out of the oven so the crust is properly browned.

Always make deep slits in the top crust of fruit pie. If you do not do this, the filling will be soft and soggy.

For a Golden Brown Top Crust:

In a small bowl, beat cream and egg yolk together.  Using a pastry brush, brush the surface of the top pie crust.  Bake.

Cool baked pies on a wire rack set on the counter to circulate and prevent it from becoming soggy from the steam remaining it in.

When making pies at high altitudes, pie crusts are not greatly affected.  A slight increase in liquid may help keep them from becoming dry.  Use as little flour as possible when rolling out the dough.

You may really enjoy this Easy Homemade Pie Crust as well!

Our easy delicious homemade pie crust has a pretty golden color, tender, flaky layers and buttery flavor throughout and has great flavor on its own. If you're one of those people who freak out even thinking about baking pie dough from scratch, our foolproof pie crust recipe uses a food processor to make a pie dough that's super easy to work with and it bakes up beautifully!

More Tips in the Kitchen!