Here's a wonderful, lush cinnamon-swirled coffee cake bursting with fresh, juicy raspberries and drenched with a cream glaze.  Delicious served warm from the microwave or straight from the fridge. 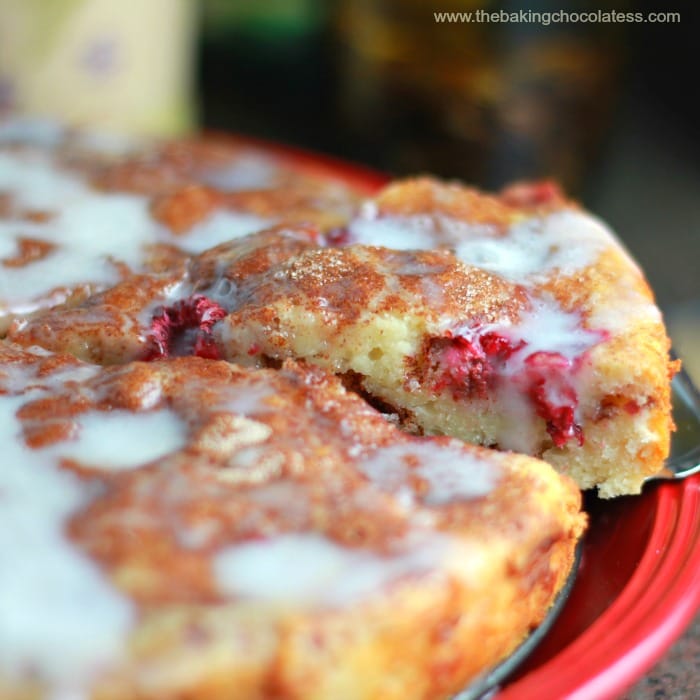 I saw these fabulous, ruby red raspberries at the market, and I COULD NOT resist.  I had to make this Raspberry Cinnamon Swirl Coffee Cake!  And this decadent coffee cake is a one heck of a doozy!  Fresh, lush raspberries always remind me of 2 things.  Summer and Valentine's Day.  🙂

It's elegant and bursting with love! 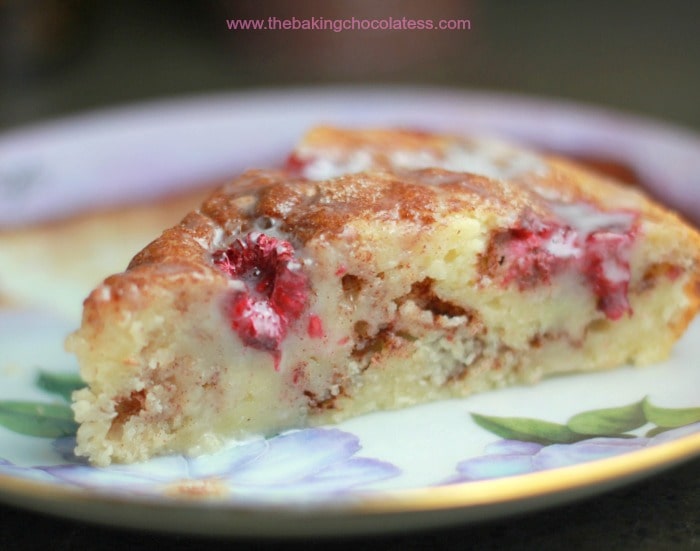 So why not put them in a wonderful, delicious moist buttermilk coffee cake surrounded with mouth-watering swirls of cinnamon sugar, I ask myself? 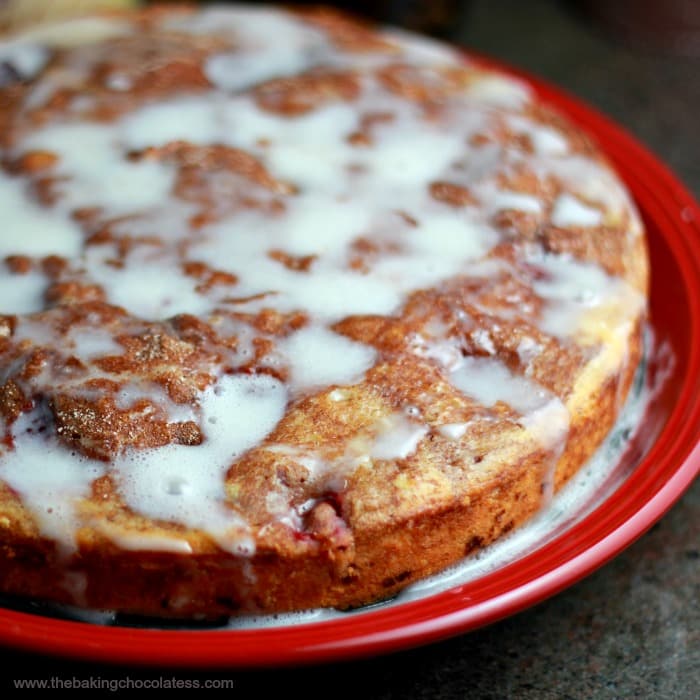 It wasn't hard to convince myself.  *Shocker!* 🙂

It's super amazing and has a wonderful texture! 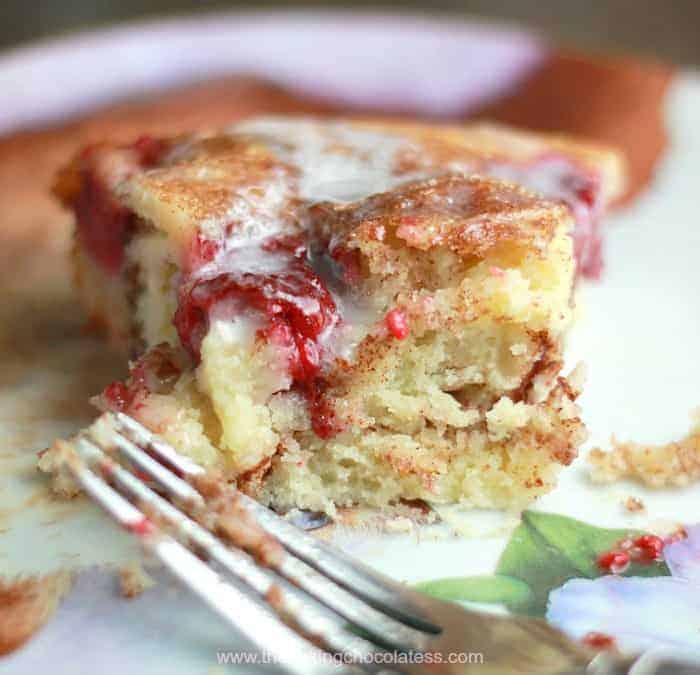 The family will absolutely love this Lush Raspberry Cinnamon Swirl Coffee Cake!  You may get lots of extra hugs and kisses too!  Here's the recipe!  Happy Baking!

If you're crushin' on coffee cakes, you'll love these too! 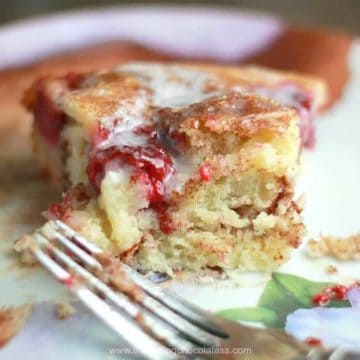 Keyword breakfast, cake, cinnamon, coffee cake, raspberry
Tried this recipe?Let us know how it was!