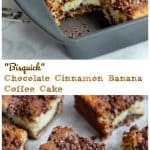 This yummy coffee cake is delightfully infused with vanilla Greek yogurt and banana, which makes it so light, moist and fluffy, with hints of cinnamon, dark brown sugar and chocolate in each gorgeous bite. See that cinnamon-dark brown sugar-chocolate mixture layer in the middle?  And on top?  Good God Gertie! 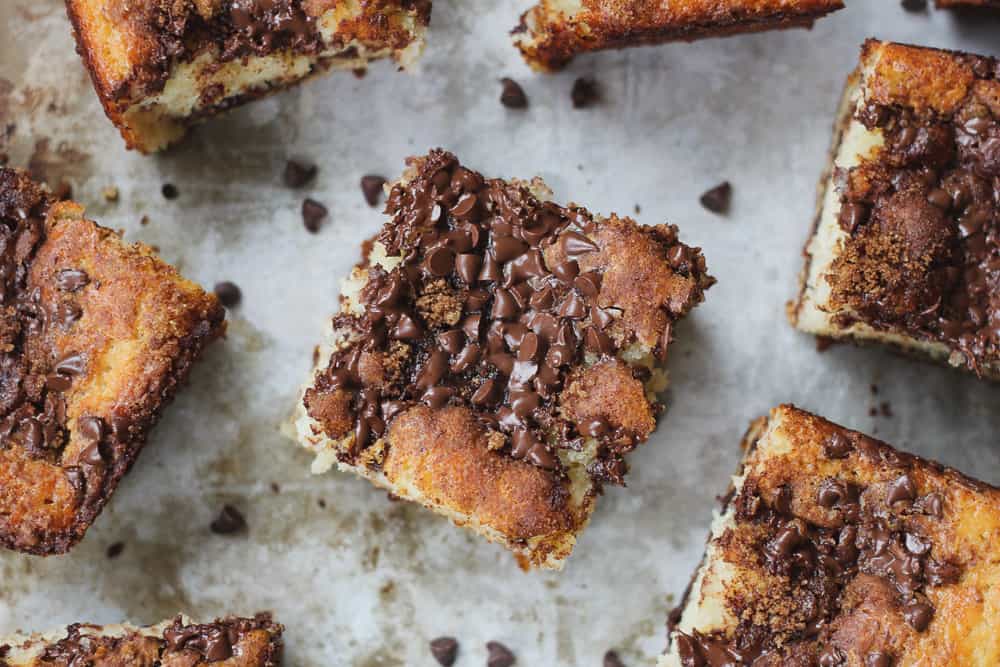 It's sooooo delicious, I managed to wolf down almost a third of this coffee cake.  *Inhaled* is a better word and physically made myself seal it up and put it in the freezer.  I used the*out of sight, out of mind* strategy, so I would stop being mistaken as Miss Piggy's doppleganger.

Note to self:  With that being said, it's best to have this around when others are in the house, otherwise the mistaking of your identity will be questionable...aka Miss Piggy. 🙂  It's hard to stop eating it! 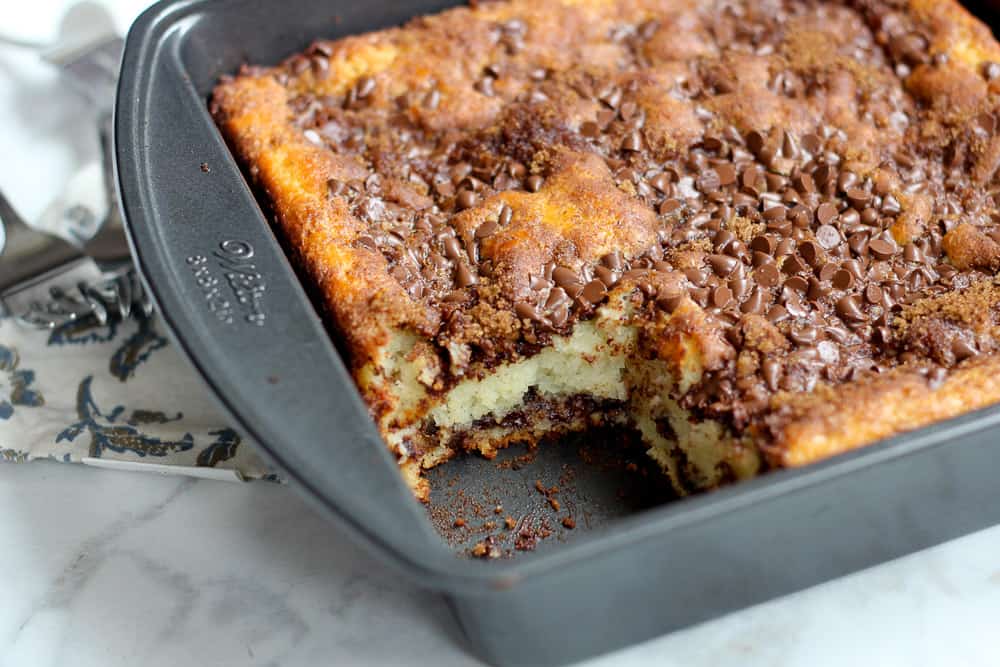 Bisquick is a pre-mixed baking product (General Mills under their Betty Crocker brand) consisting of flour, shortening, salt, and baking powder.  It's famously used in making pancakes, waffles, muffins, rolls, donuts, coffee cakes, ... and the list goes on!  It's a helpful shortcut in developing and using in recipes, due to ingredients already being in the flour mix, like this one! 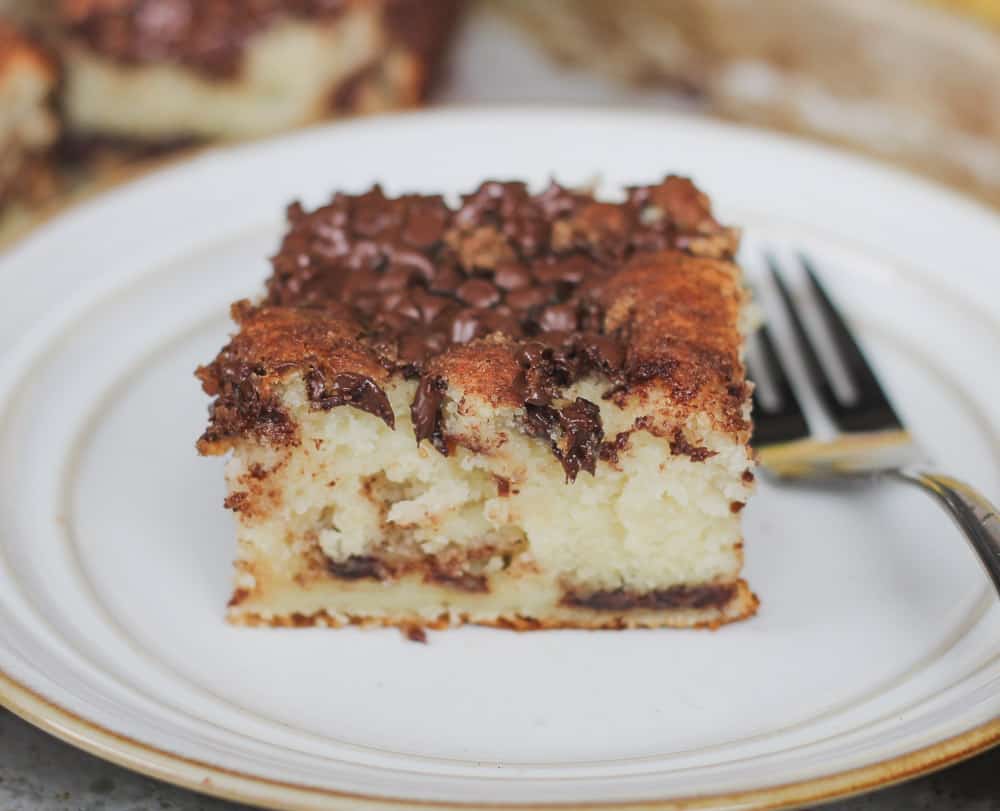 Bisquick was invented in 1930 by a sales exec, who stole a chef's pre-mixed biscuit batter recipe while on a business trip!

Sounds sinister, but these things happen every day.  Someone creates.  If you don't take responsibility, someone else can embellish on it and and history is made.  Wise words...yaaa! 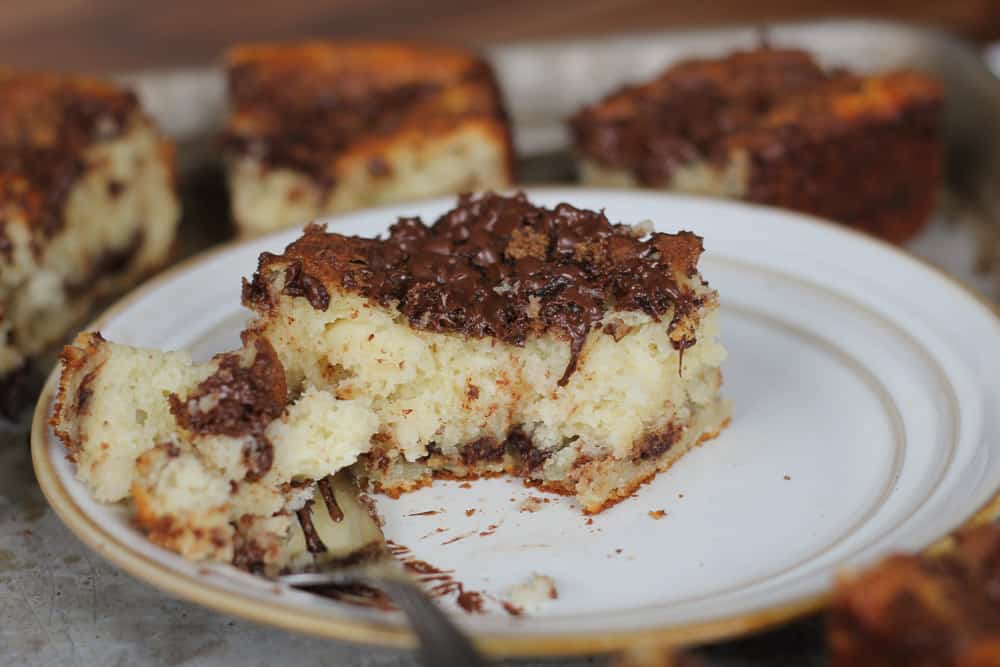 Secret Formula=1 cup of Bisquick can be substituted by a mixture of 1 cup flour, 1½ teaspoons baking powder, ½ teaspoon salt, and 2 ½ tablespoons of oil or melted butter (or by cutting in 2 ½ tablespoons Crisco or lard).  Eureka! 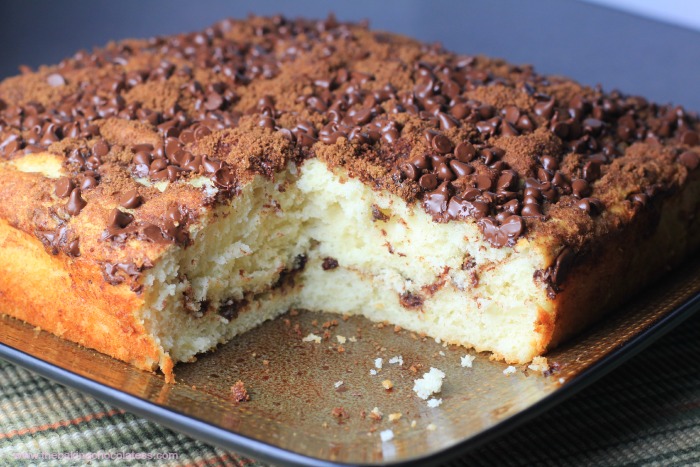 Whatever kind of day you're having...this "Bisquick" Chocolate Cinnamon Greek Yogurt Banana Coffee Cake will make everything better for that *golden moment* of the entire day! 🙂 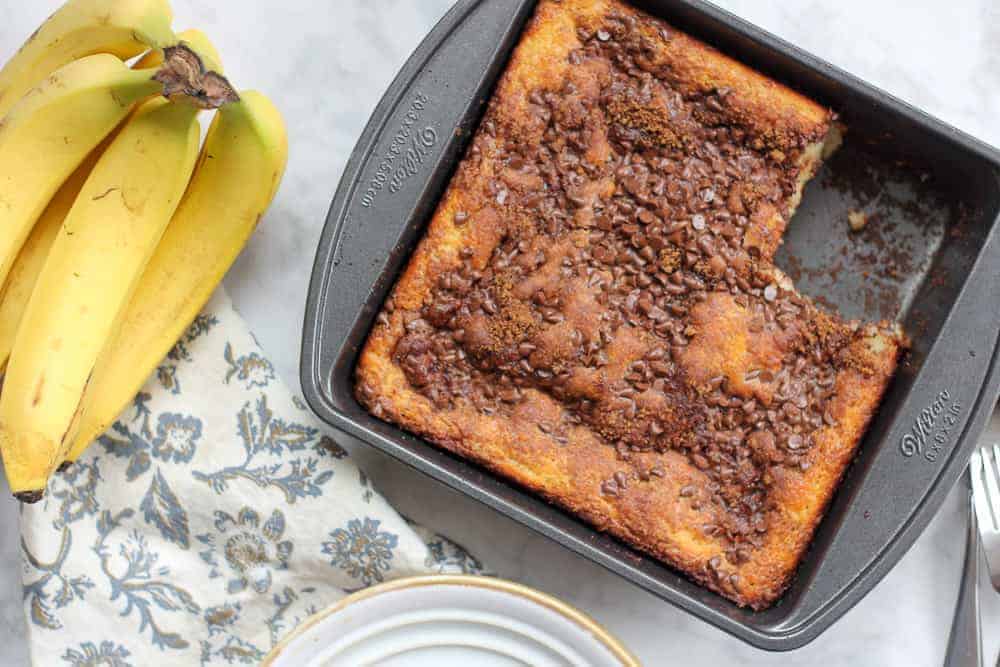 Of course, you already know, coffee goes with coffee cake, no exceptions here!  Relax, bake and enjoy this recipe! 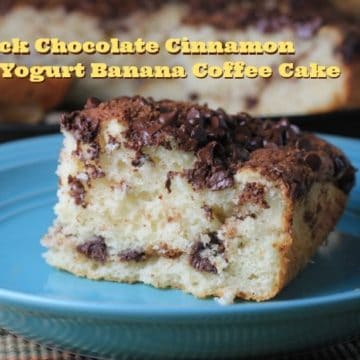