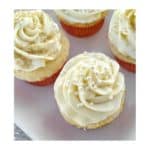 Rich, Vanilla Butter Cake meets decadent White Chocolate Buttercream Frosting! Heavenly!  Are you ready for some Heavenly? (umm...yeah ALWAYS!)
If you are...Be prepared to be dazzled with how easy these cupcakes are to make! 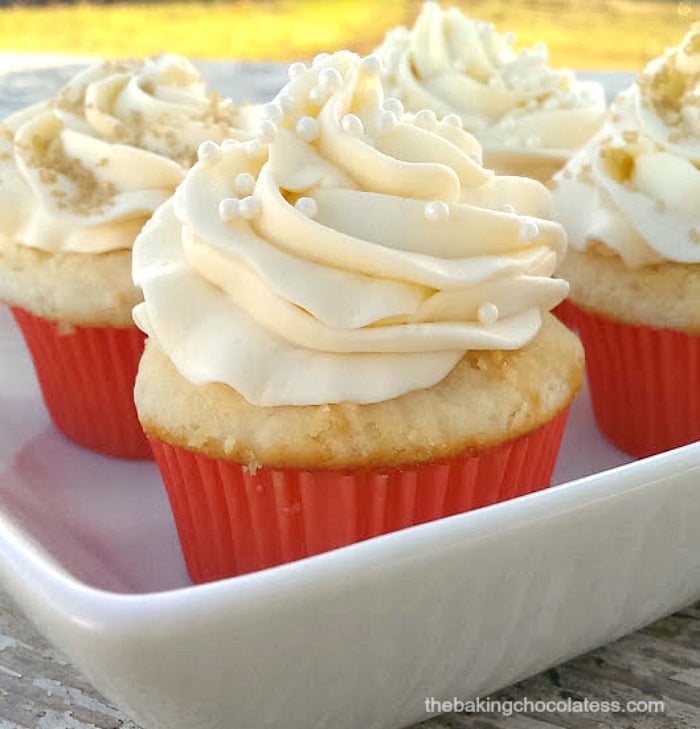 It really does have real melted butter and vanilla extract in it to make it legit.  But what you probably don't know is, these cupcakes are actually made with a Vanilla cake mix.  But, we changed it up so it would taste more 'heavenly' and even added in some buttermilk .  Buttermilk adds  rich taste and texture to the cupcakes.  YES!

I added in extra eggs too...well egg whites, that is.  You can add regular eggs or egg whites.  I used egg whites so the cake would be completely white.  But if you used the egg yolks, then you could pass it off as a yellow cake too, right?

So literally speaking, the icing on the cake?!  Holy freakin' CoW!!!  This White Chocolate Buttercream is just as it says, 'Heav-en-ly'!!! Real white chocolate, butter, confectioners sugar and vanilla extract all whipped together and so creamy!  It's gettin' HOT in HERE! 🙂

Put these two dazzlers together and you've got Double Heaven, if there is such a thing?  Which, if it isn't such a thing, it is now a thing.  I just created it. 🙂 Why don't you 'dazzle' your crew up on New Year's?  These would be adorable even at a wedding anniversary or shower!  You could even make them super cute mini, just reduce the time and set the timer to 10-15 minutes, I'm guessing. 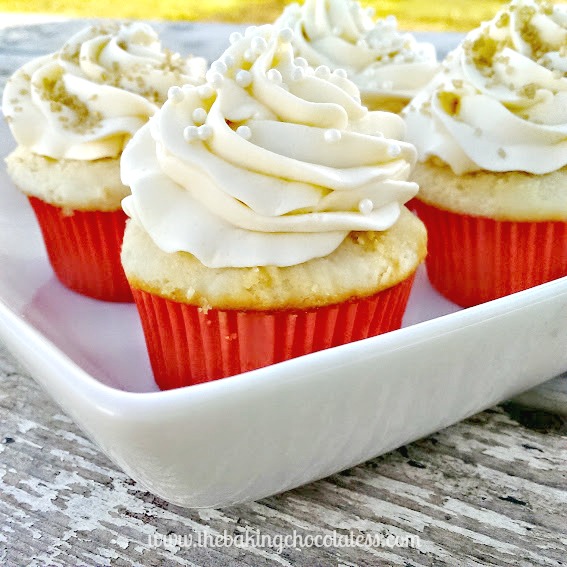