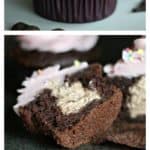 Seriously, does it get more romantic than raspberry and chocolate together as a "lovey-dovey" decadent pairing for your special Valentine's Day party or to make for your family and friends?!  (Because they're very special , too right?) *Nod Yes* 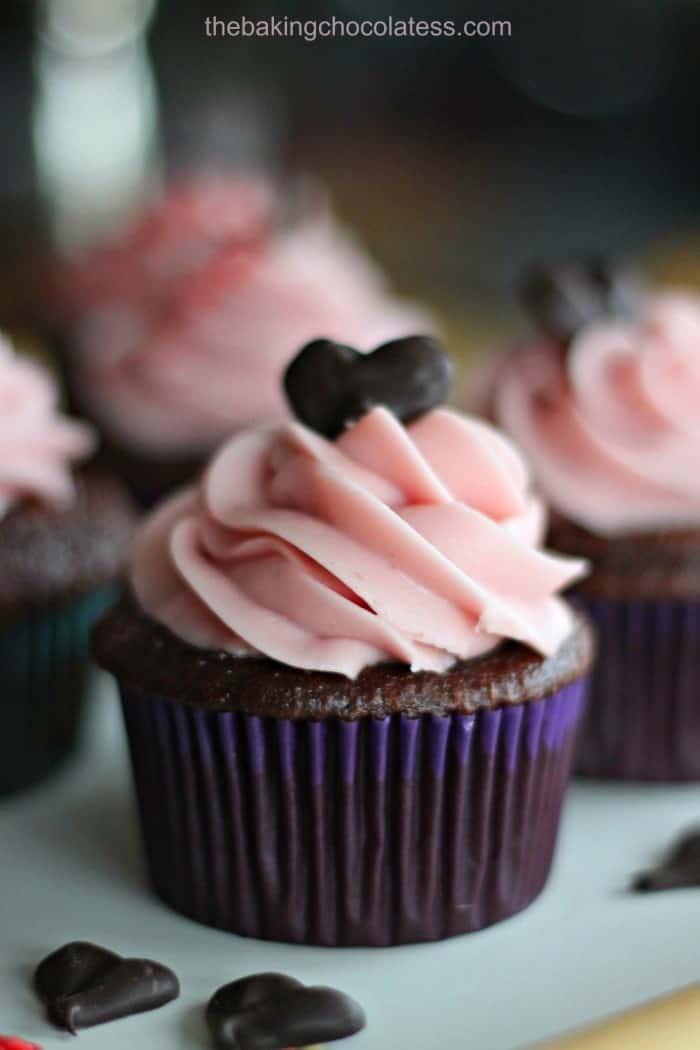 There's a feeling of excitement and mystery associated with love and romance.  Are you a true-blue, sappy, romantic browsing around the internet for ideas for a collage, email or card idea?

Just *swoon* on over to 20 Extremely Romantic Quotes You Should Say To Your Love at Epic Reads.  Super romantic! Awwww! <3 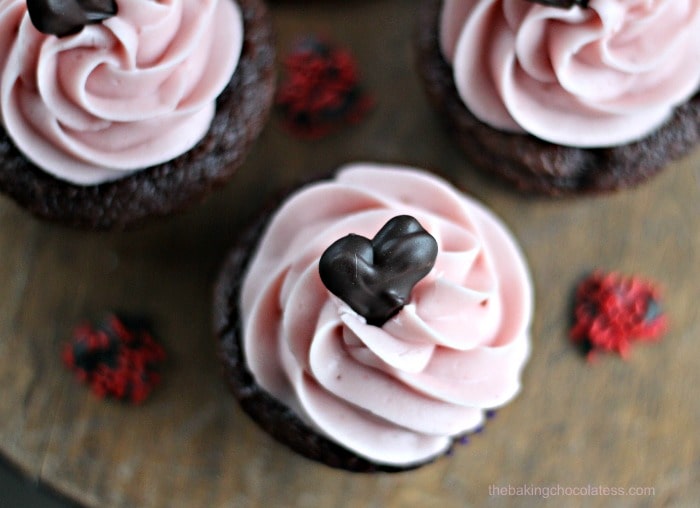 If you love the funny, raw truth *that's why it's freakin' funny!!* love stuff, I suggest you check these 25 Funny Valentine’s Day Cards over at The Huffington Post. 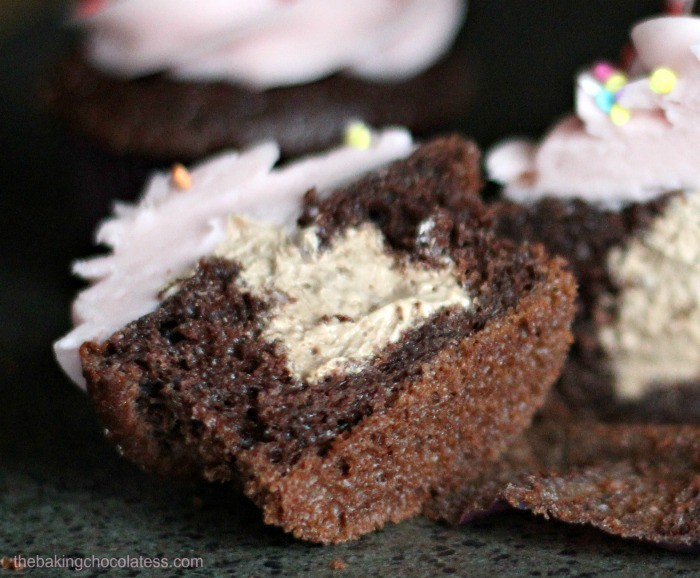 Ok, so let's talk about some more *swooning* shall we?  As in the let's get to the dessert already!  These "Lovey-Dovey" Chocolate Heart Raspberry Chocolate Mousse Cupcakes are the perfect cupcake desserts for Valentines Day!

You'll be quickly seduced by these rich, moist decadent dark chocolate cupcakes and piped inside, is a lovely, light milk chocolate mousse that tastes like a fluffy, chocolate clouds of yumminess.

Piped on top is a wonderfully, delicious and generous swirl of  red raspberry jam buttercream frosting.

To sweetly add to the *LOVE* factor, each one gets decorated with the cutest easy-to-make Ghirardelli piped chocolate hearts on top. 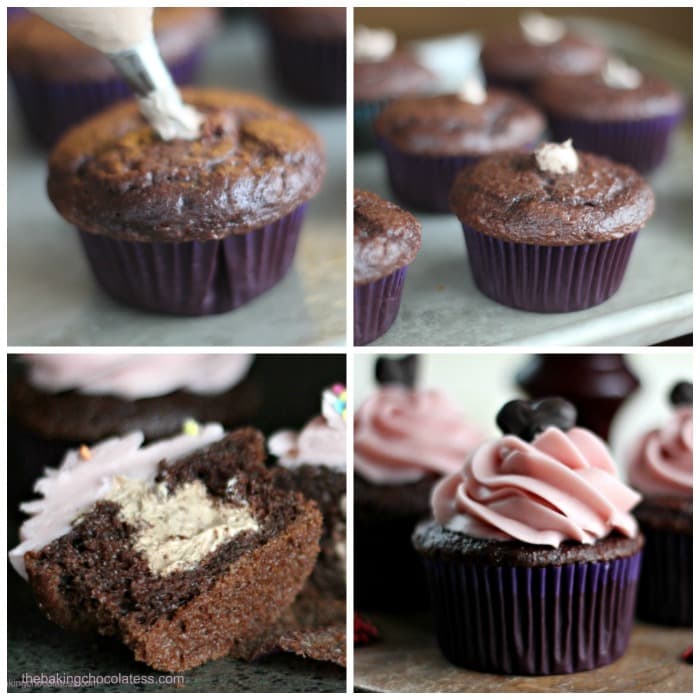 The soft pastel pink and dark chocolate colors are very romantic too. <3

Give these a try!  Made from scratch, but easy enough to make!  To get the pretty swirl on top you will have to have a star tip, which you can pick up at Walmart, Target or Amazon 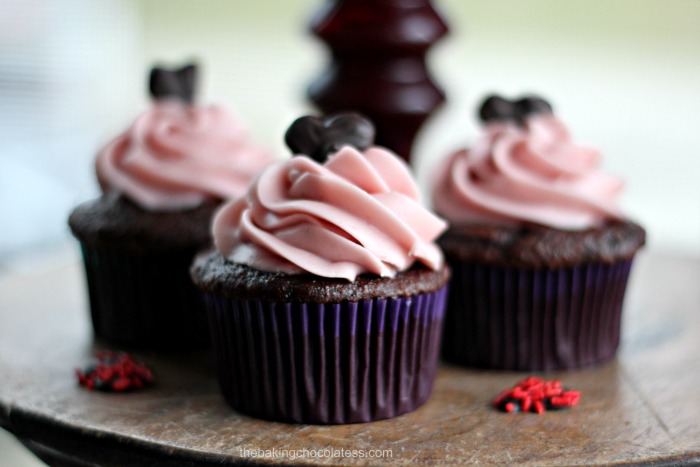 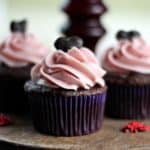