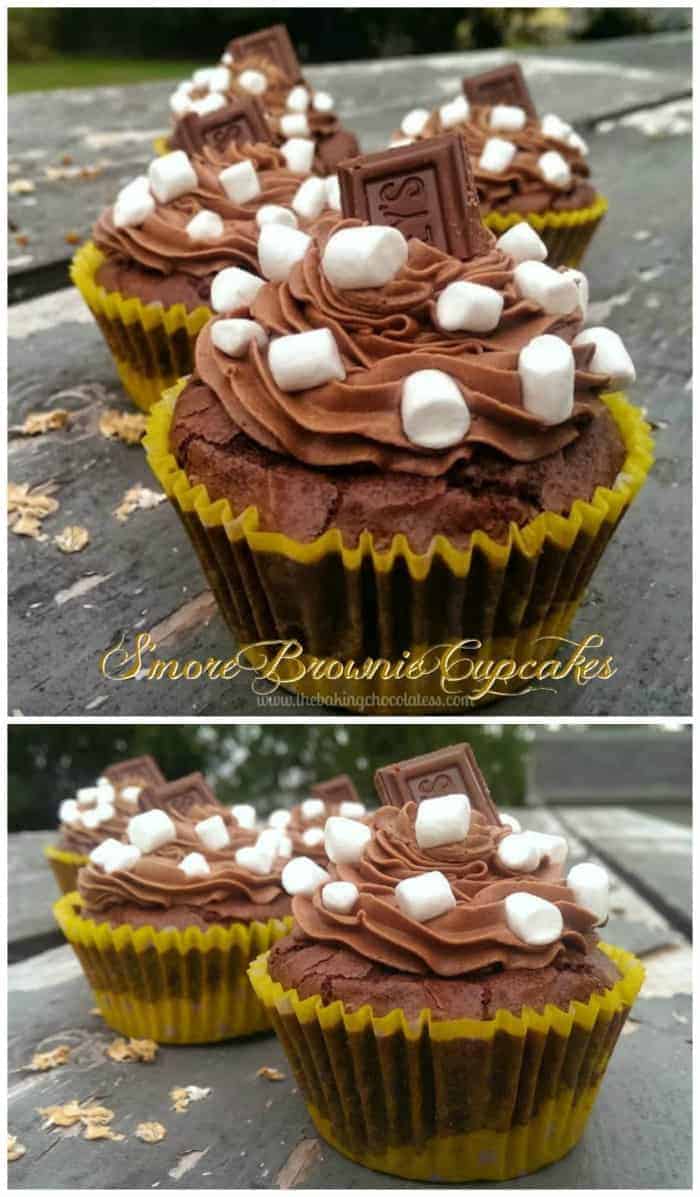 Pretty sure 'indulgent, rich and fudgy' refers to these Chocolate S'more Brownie Cupcakes right here on this blog!

Are ya with me? 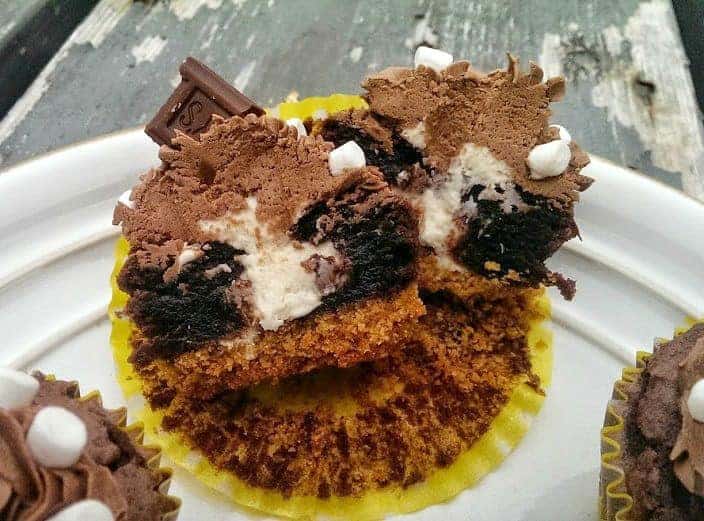 Aren't they just the cat's pajamas?? ?

Constructed, starting from the bottom to the top of the cupcake, it begins with a buttery graham cracker crust, then is followed with chocolatey, fudgy brownies stuffed with fluffy marshmallow cream filling and topped deliciously with some heavenly chocolate buttercream.  YUM!  For a special touch, spruce it up with some mini marshmallows and a Hershey bar square and you've got sweet treats for life!

Houston, we DO NOT have a problem!  ...Now, leave me to these cupcakes already to devour! 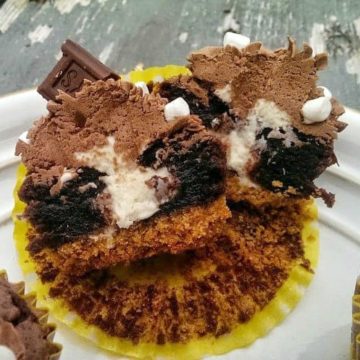