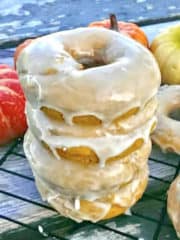 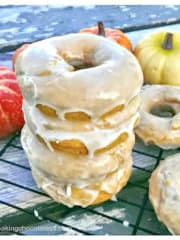 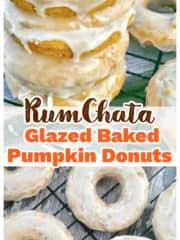 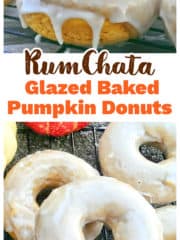 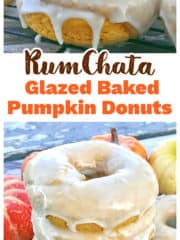 For a baked pumpkin donut, these rock n' roll big time! These tender and delicious cake donuts are not overly sweet, but the tempting RumChata glaze will make up for that.  Very light, fluffy and yummy, glazed or not, but we love that glaze!

RumChata is very popular, but in case  you don't know what it is, it's a delicious liqueur blend that is heavenly all by itself!  It has *five times distilled* Caribbean rum and the freshest real dairy cream with a touch of cinnamon, vanilla, sugar and other confidential flavors.   Sounds pretty delish!

Add it in your coffee, your cocoa, or over the rocks, right?  OH yea!

Anywhoooo, I absolutely love RumChata and these pumpkin donuts are perfect for fall, especially with the glaze!  If you love pumpkin, vanilla and cinnamon flavors, then you've come to the right donut! 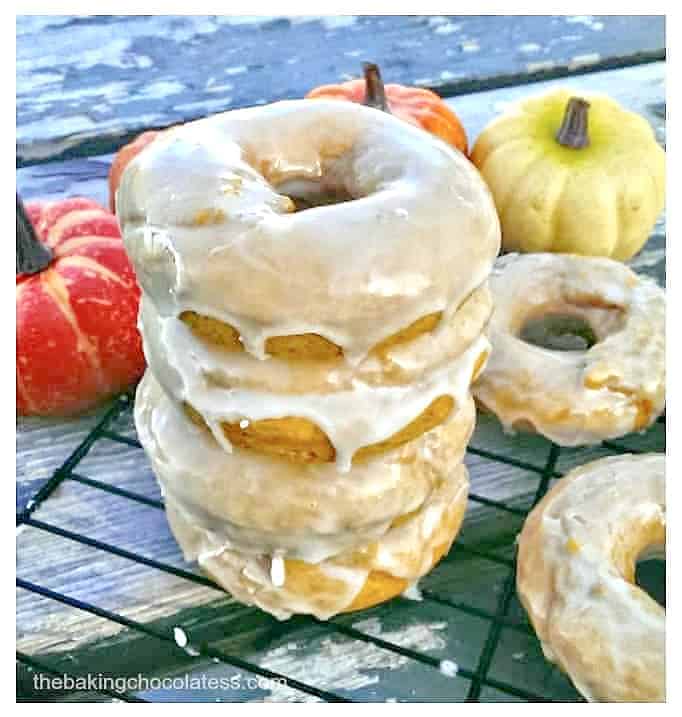 We are celebrating fall with these! Halloween, hayrides, bonfires...yes I'll take a dozen!

to make these cute donuts 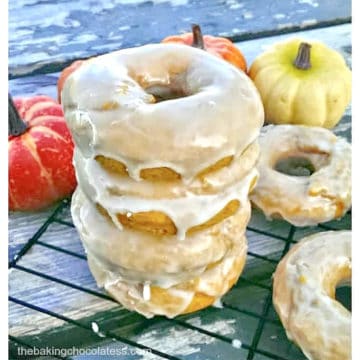 Kim Lange
For a baked cinnamon, vanilla, and pumpkin donut, these rock n' roll! These tender cake donuts are not overly sweet, but the glaze makes up for that. Very light, fluffy and yummy, glazed or not!!
No ratings yet
Print Recipe Pin Recipe
Course Breakfast
Calories