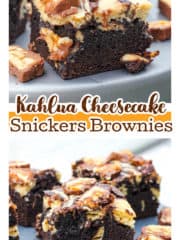 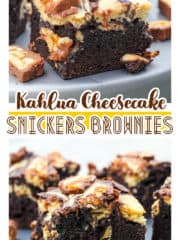 Kahlua. Cheesecake. Snickers. Brownies.  Nah...I'm not name-dropping, nope...not me! I would never!  Ok...I'm totally name-dropping here!  Put all 4 of these 'rock star headliners' together and you get the most outrageous, delectable brownies EVER!  These easy brownies are infused with boozy Kahlua and stuffed with Snickers bars and cheesecake galore!  Seriously the most heavenly brownies ever!! 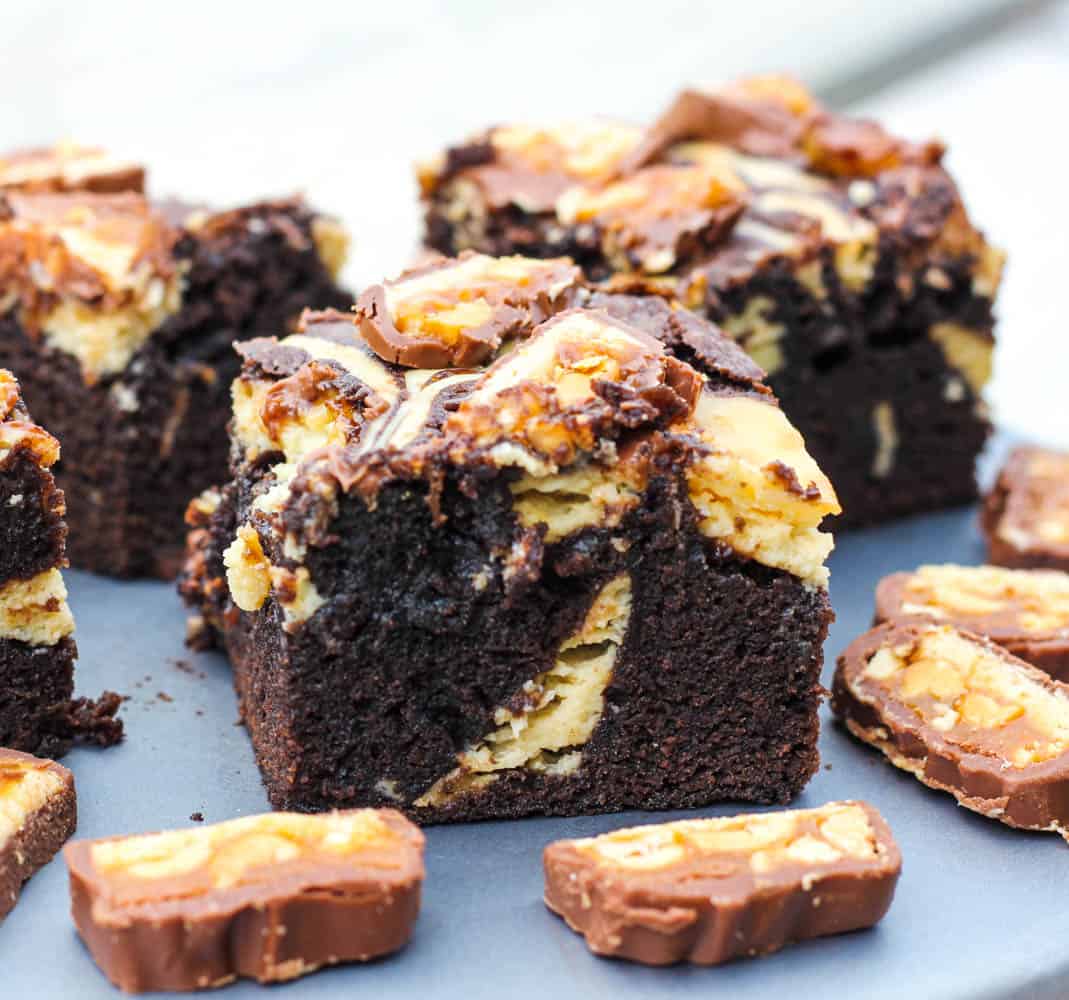 I am kind of embarrassed to say this, but it's all I could do not to dive face down {without coming up for air} into these rich lovely treats after I took the first bite!  I know the damage I can do when it comes to just brownies alone!  It isn't pretty. 🙁 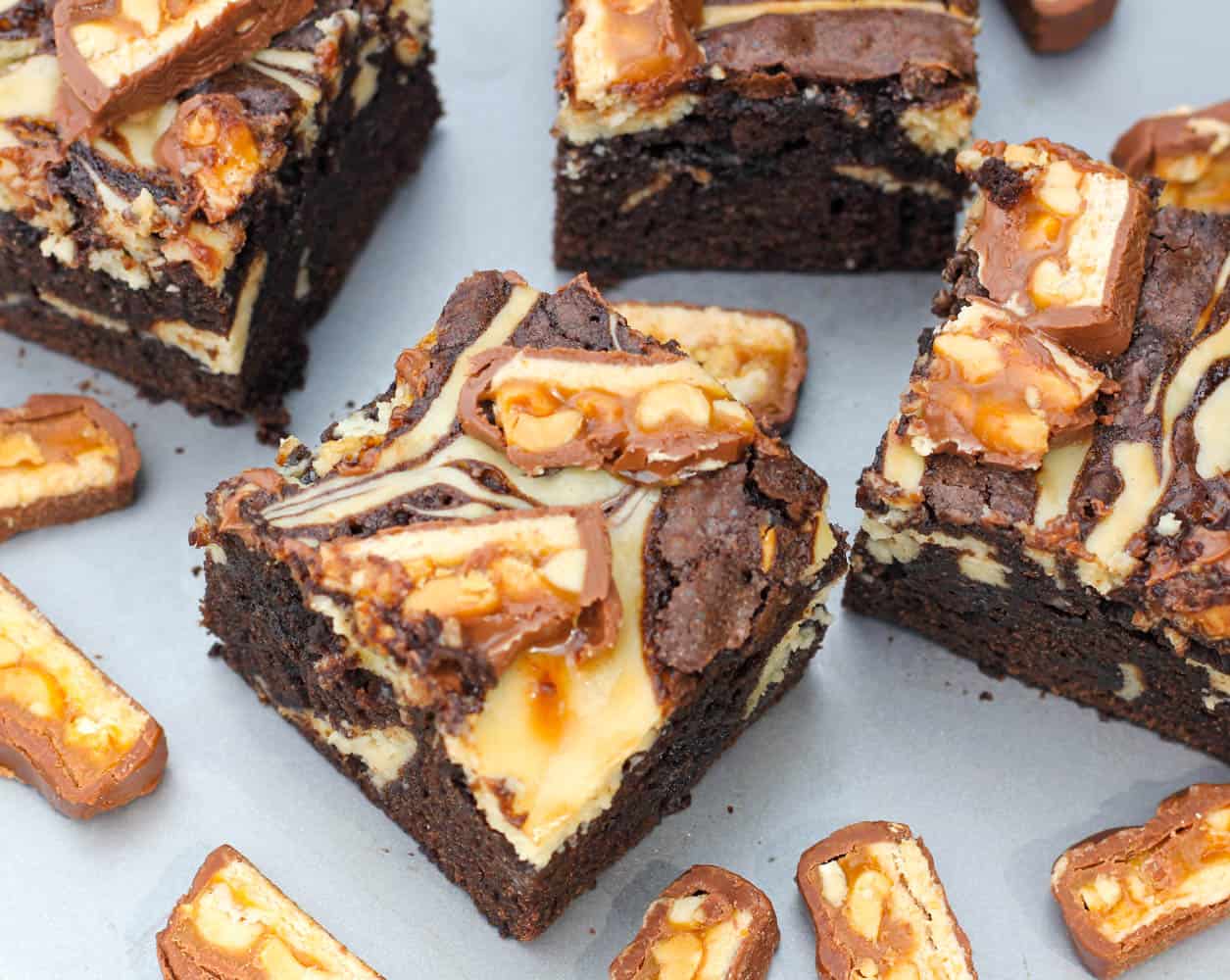 If you're not familiar with Kahlua...Kahlúa is a rich coffee-flavored rum-based liqueur from Mexico and it's delicious in coffee, cream and all kinds of desserts, especially these brownies!

We decided to go over the top even more and stuff these brownies with Snickers candy bars and swirled cheesecake!  So we get bits of nougat topped with caramel and peanuts drenched  in milk chocolate from the candy bars, cheesecake, AND Kahlua in these brownies. These are what you call comfort brownies! YUM! 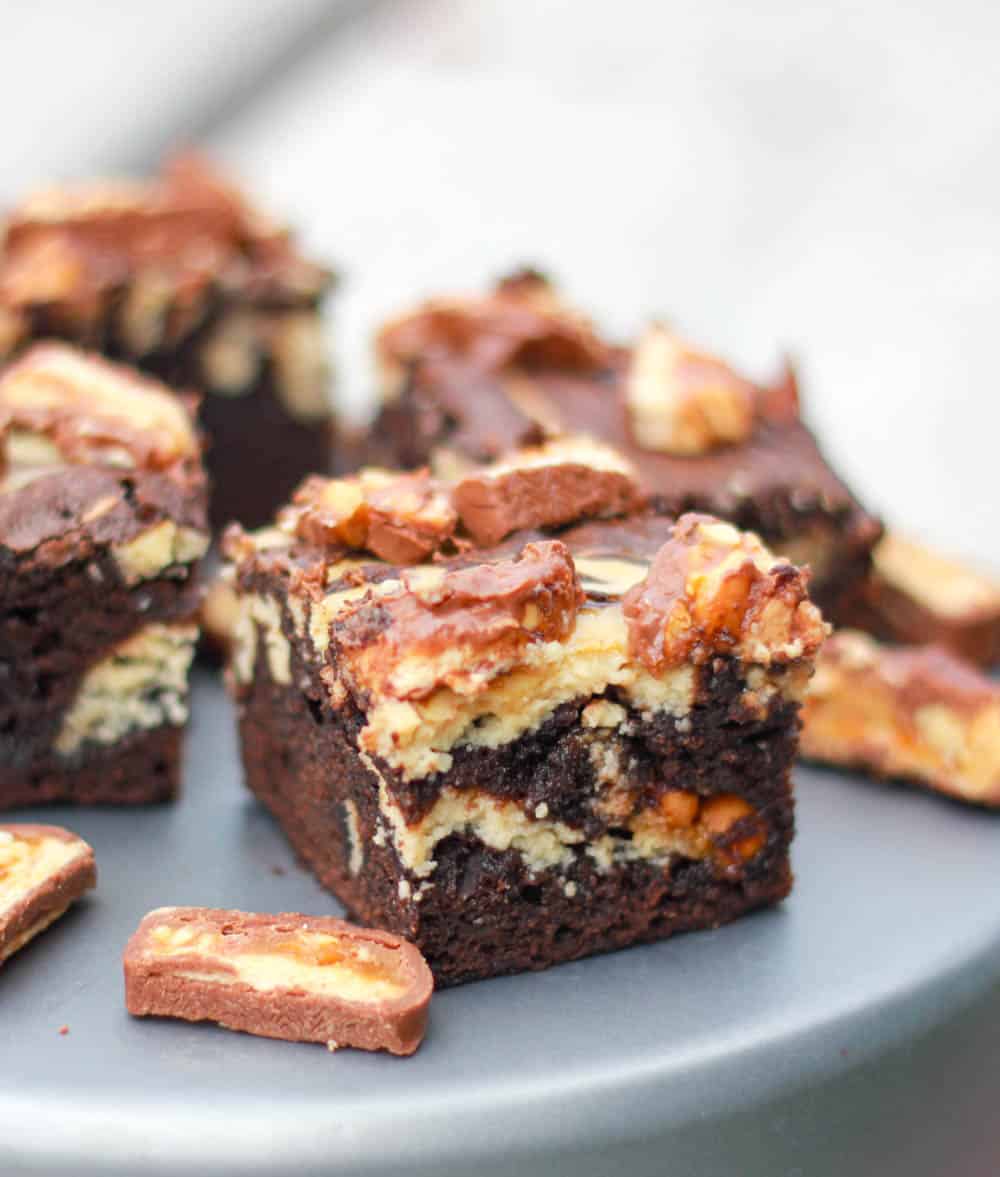 So my advice?  If you want to get someone's attention or get a marriage proposal out of it {You know who you are!} ----> Kahlua Cheesecake Snickers Brownies will make it happen!  Enjoy these brownies!! 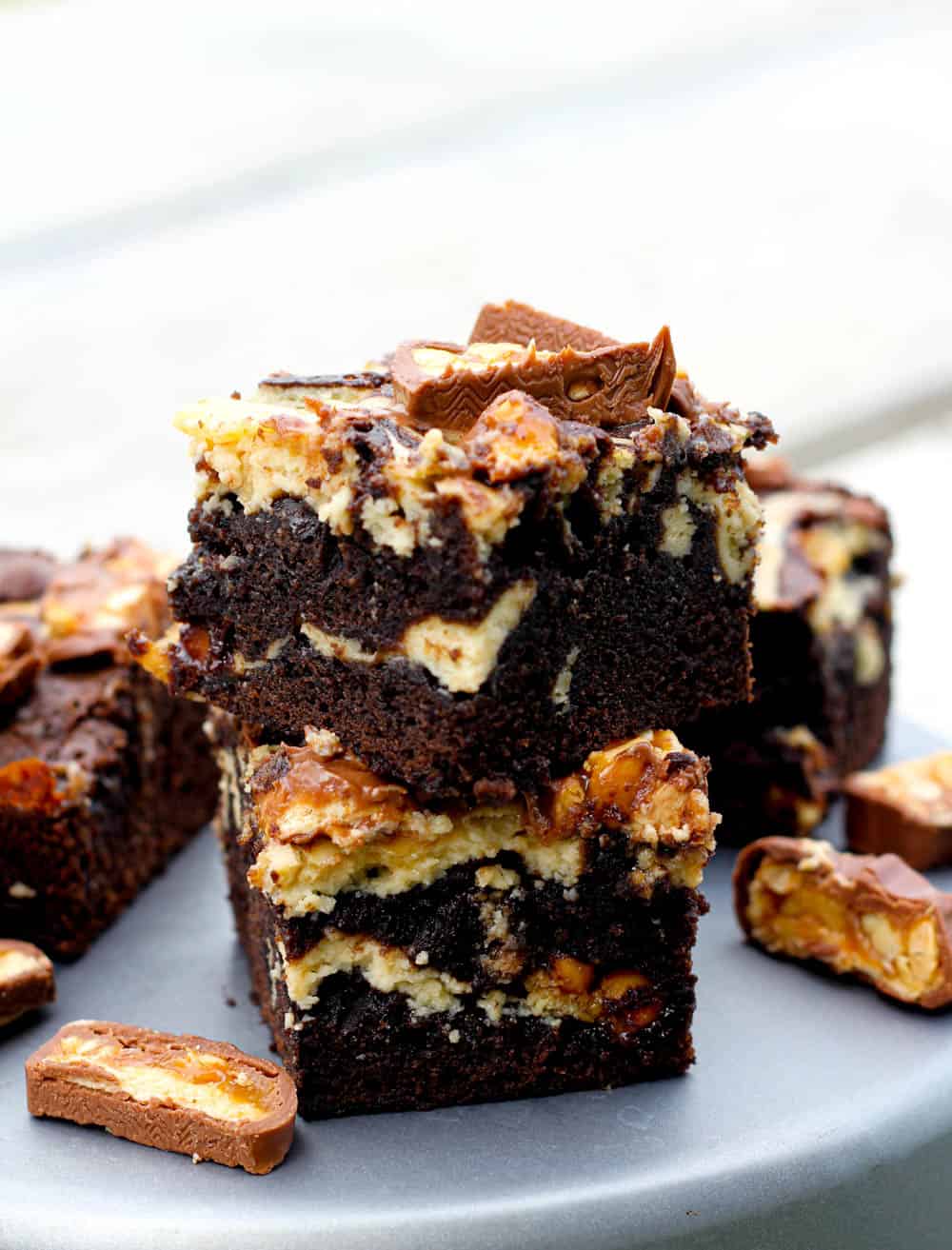 Snickers Stairway to Heaven – 20 Reasons Not to Leave! 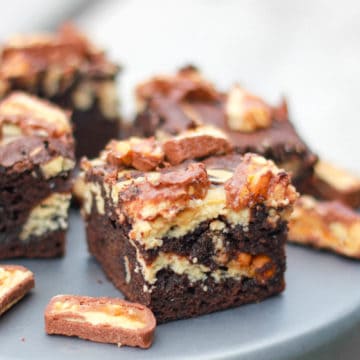 If you don't want to use Kahlua, use ½ teaspoon vanilla extract in the cream cheese batter and omit from brownie mix.
These will also freeze well too.
You can use a whole egg in cream cheese mixture, but the egg yolk alone doesn't thin out the recipe as much and egg yolks are mainly fat, so they add creaminess and richness making the cheesecake in the brownies very moist.
Recently I updated brownie mix ingredients above - previously I had what my brownie mix calls for in the ingredients list and I took them out so there is no confusion and to clarify to prepare brownies as called out on your box instructions.
Keyword brownies, cheesecake, cream cheese, kahlua, snickers
Tried this recipe?Let us know how it was!
« Peanut Butter {PB2} Banana Protein Drink
PB&J with PB2 Protein Smoothie »
2.8K shares