If you've never experienced right-out-the-skillet Cinnamon Roll Pancake 'heavenly goodness'...you need to get on board ya'll!

It looks and tastes just like a cinnamon roll, only it's in a fluffy pancake form with delicious swirls of brown sugar and cinnamon.   Drizzled with a luscious cream cheese frosting on top makes it CinnaBon Roll Style pancakes!!  Perfect morning treat for the fam and a real cinnamon lover's dream come true! 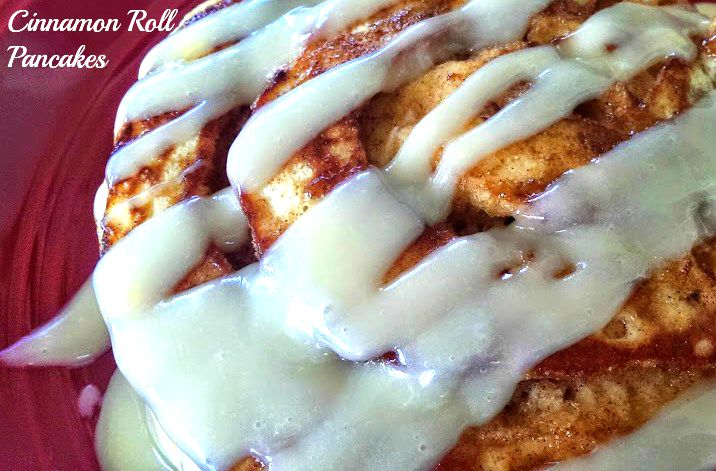 These are incredibly delicious!  Don't you just want to take a bite?  Grab a fork!  Let's dig in! 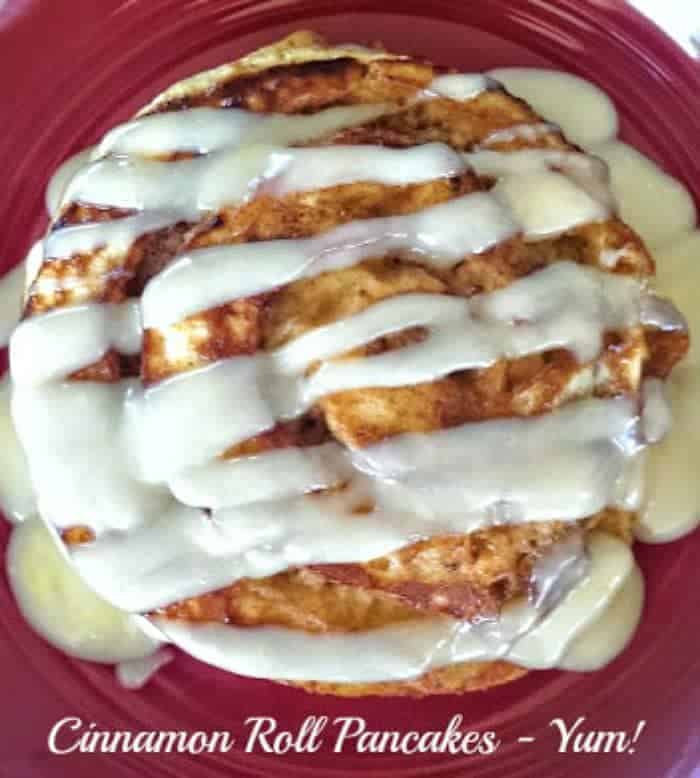 Here's what they look like in skillet while cooking! Can't you smell them?

You could!  What are you waiting for? 🙂 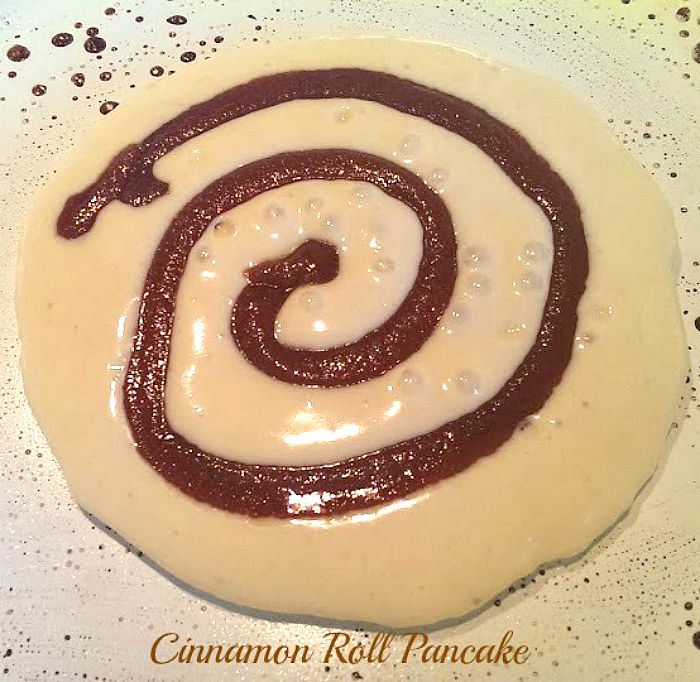 I used a boxed pancake mix {Bisquick} as the base for this recipe, because it is so handy to have around the house as a staple ingredient, right? You can use your own favorite brand if you have a favorite or go to Recipe Girl and get her Pancake recipe. That's where I adapted this recipe from and she rocks!

More Cinnamon Love comin' at ya!

I guarantee the family will want you to make these over and over, they are a family favorite of ours!  Ya'll come back now...ya hear?  For these..yes...yes I will! 🙂 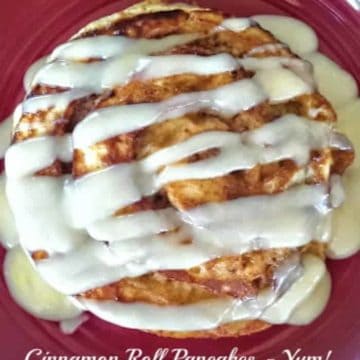 If you want to make this lower in calories/fat intake, you could substitute the cream cheese for fat-free and use the HeartSmart Bisquick.
Keyword cinnamon, cinnamon pancakes, cinnamon roll, cream cheese, pancakes
Tried this recipe?Let us know how it was!
« Red, White and Blue Bombers {Jell-O Shots}
Thick & Soft 'Ultimate' Peanut Butter Cookies »
488 shares