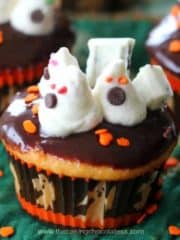 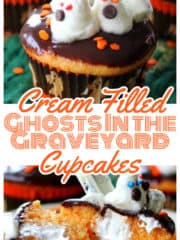 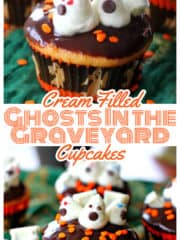 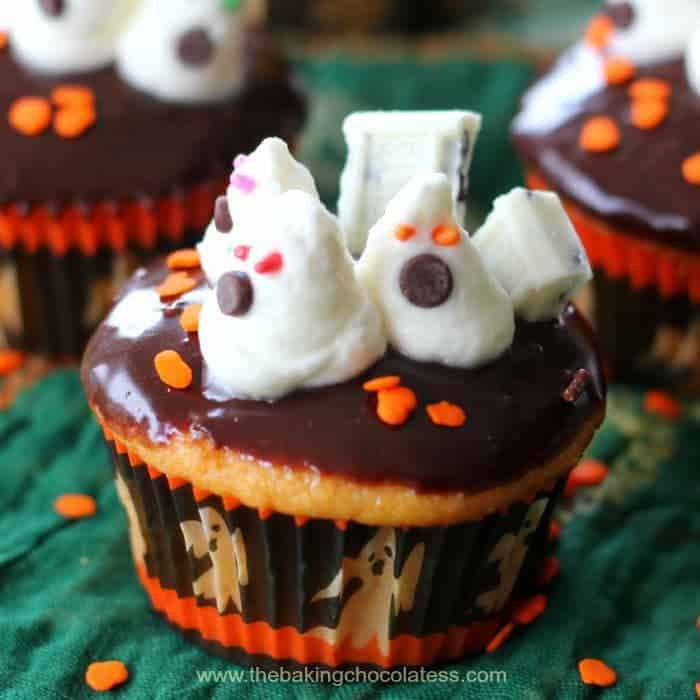 Have you ever had any of those bizarre 'spur of the moment' nights when you were a teen and you  got this brilliant idea to sneak out in the middle of the night to the graveyard with a bunch of giggly girlfriends and hope for some weird, unexplained mystery thing to happen?  Crazy, huh? Well, I'm right there with ya...and it did happen to me.

These Halloween Ghosts In the Graveyard Cupcakes {Creme Filled too!} sort of inspired me of that night.  I know they're not scary, but I don't like scary. gross looking food, let alone 'scary' in general .  (I'm a real cupcake...really.)  That's where the reality lies.

It was so creepy, sometimes I ask myself, 'Hey, did this really did happen or did I just dream it up?'  Yup...it really happened.  Are you dying to hear?

Ok, ok, so we all walked to the graveyard, which was only about a couple of blocks from where we were spending the night.  As we entered the graveyard, we browsed around, whispered and was getting all caught up in reading the names on the gravestones.

We came upon this one that had a ceramic button-like oval stone that had a picture of the man that was buried there, and this ceramic stone was attached to the gravestone.  One of the girls said out-loud, "If you're here with us or in spirit, show us a sign". 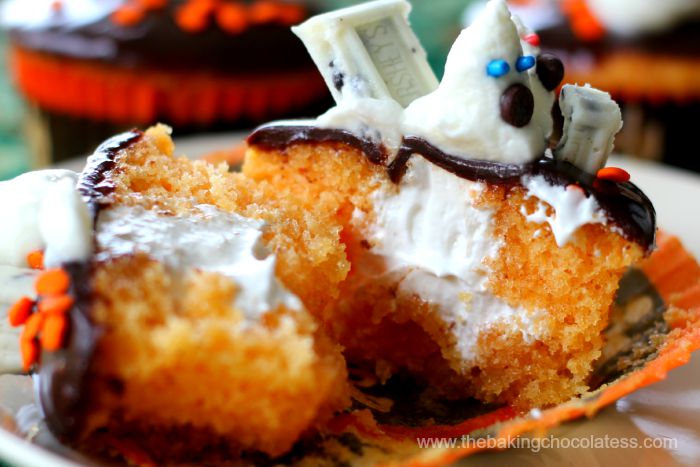 As we all stood there waiting for nothing to happen, something did happen!  Within seconds, that ceramic button popped right off the gravestone!!!!  I kid you not.

It was so eerie, we didn't wait around to see what was going to  happen  next, and ran as fast as we could, never looking back.

Unless you want to be involved with the dark world, don't summon it, even as a joke.  Just sayin'...it's like opening up a pandora's box. Me?  I'm just going to summon these Cream Filled 'Ghosts In the Graveyard' Cupcakes into my mouth and be done with it!  Way more fun! 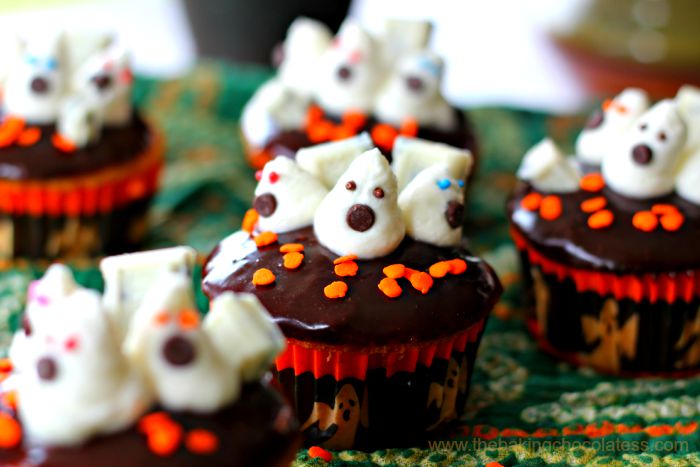 As for the frosting ghosts on top of the cupcakes, if you don't want to do homemade frosting, you can used canned frosting and add chocolate chips and sprinkles for the eyes and mouth.  You can also top the cupcake with these over the top cute friendly little ghosts candies from Wilton. Aren’t they fun? 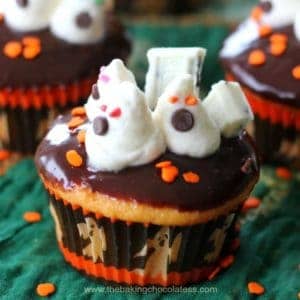 Frosting for the Ghosts

Ghosts in the graveyard