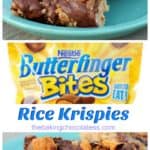 We have two very major American treats in this winning combination.  Did someone mention Butterfinger and Rice Krispies in the same sentence? "Nobody better lay a finger on my Butterfinger Rice Krispie Treats!!"  That's 'sort of' what Bart Simpson says when Homer tries to steal his favorite candy bar.  🙂 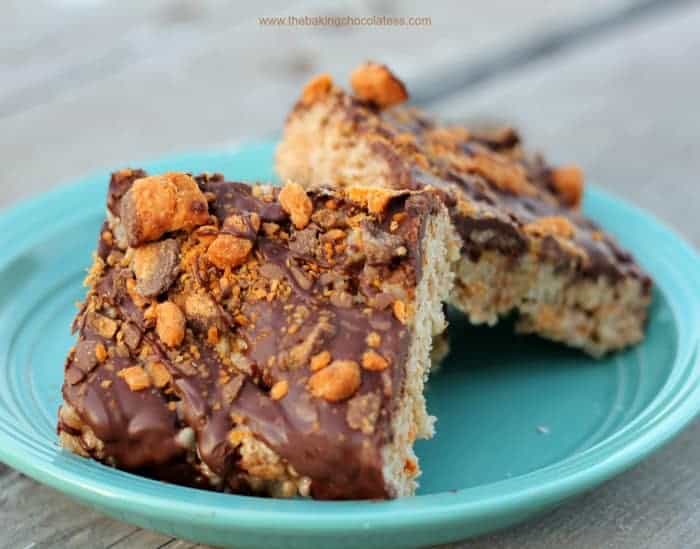 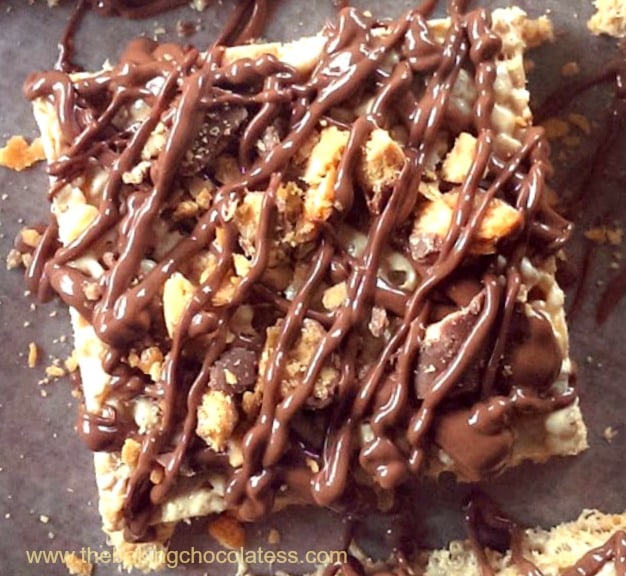 Guess what it's time for? ChocolaTess Trivia Time!! 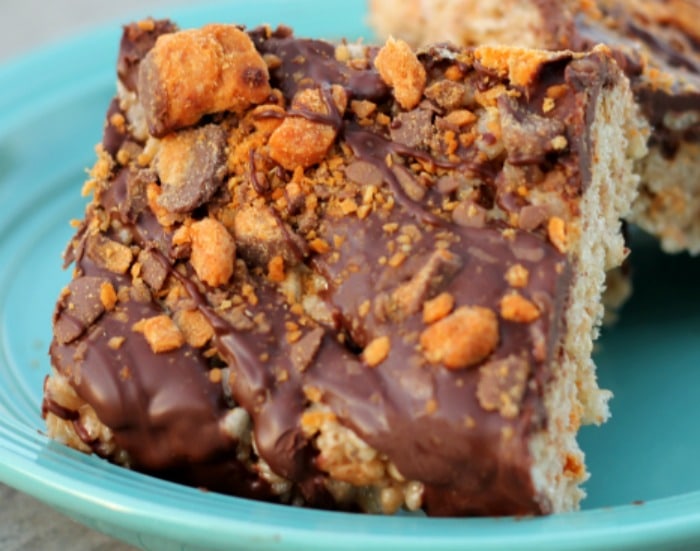 You thought it was over?  Nope...ChocolaTess Trivia Time again!!  (You'll totally be surprised!)

♦ Can you guess what was lost  in 1981, after Nabisco acquired the Curtiss Candy Company that invented Butterfinger? -----> The recipe!  Whoa!!  Thankfully, similar recipes were developed by Nabisco to keep the public happy and sales up. Thank goodness!

For other Butterfinger delights, you might want to peruse these! 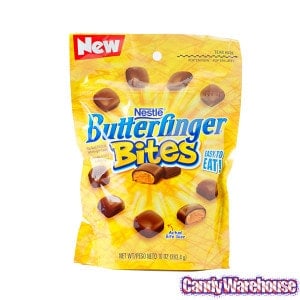 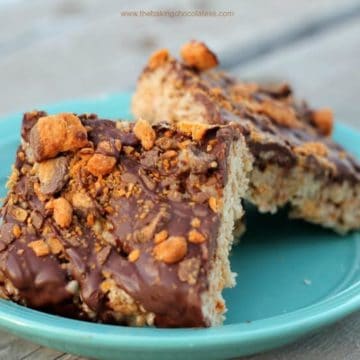