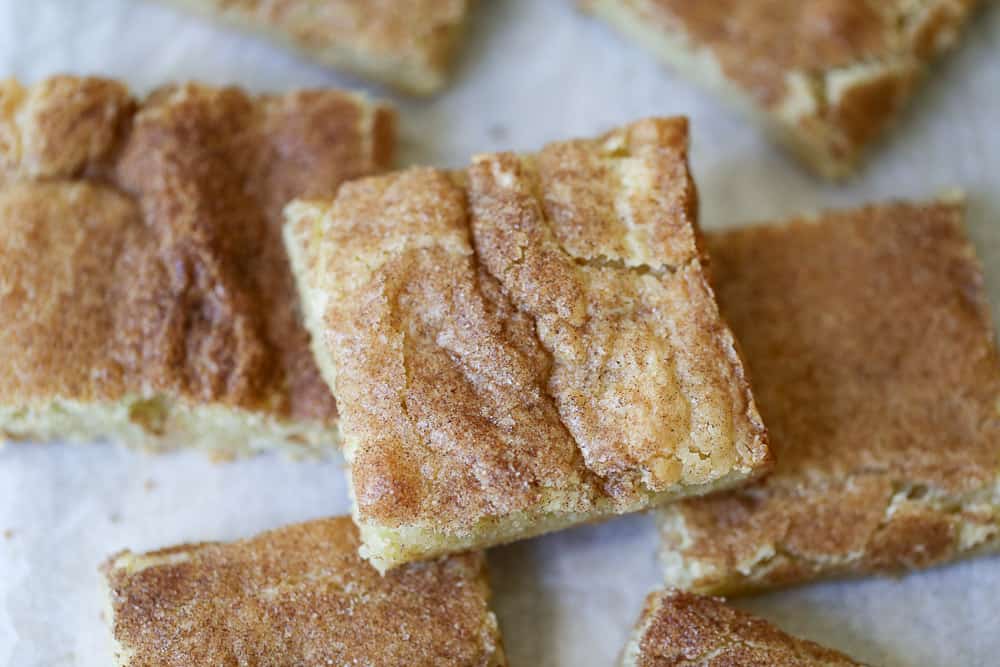 Let me tell you upfront, it tastes exactly like your classic, old-fashioned Snickerdoodles Cookies you know so well.

It's definitely a family favorite, only these Snickerdoodles are in a yummy cinnamon cookie 'blondie bar' version! 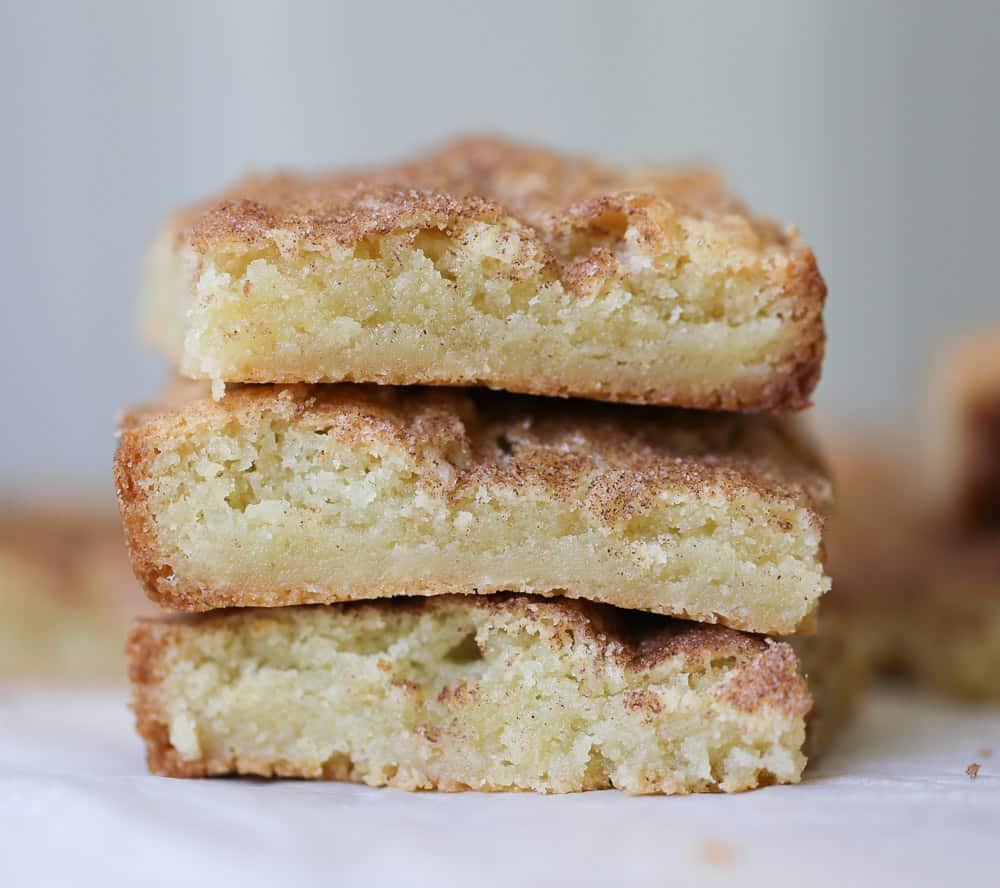 So, what's missing why I should make these vs. snickerdoodle cookies??

It's a thing called "Time".

Basically, you are mixing up the cookie dough, spreading it into as 8x8 pan, sprinkling the top with the cinnamon-sugar, popping it into the oven and presto- you're baking! 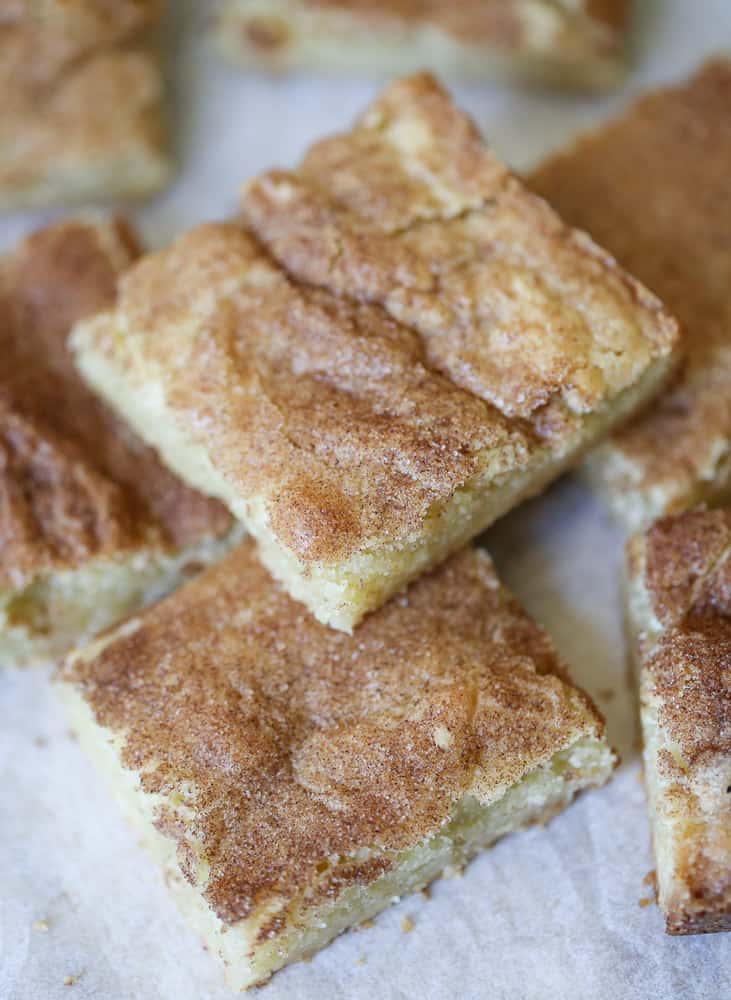 Remember all that rolling of the dough into balls and then dipping each one into the cinnamon-sugar mixture?  Yes, it's fun or boring, depending on the person (s) making them, but more than anything, it's kind of time consuming.  (I love snickerdoodles, but I hate the whole process of rolling and rolling.)

If you are looking for 'simple jack' easy, but still want quality, these steps can be omitted, and now you've eliminated all that time involved rolling 2x. 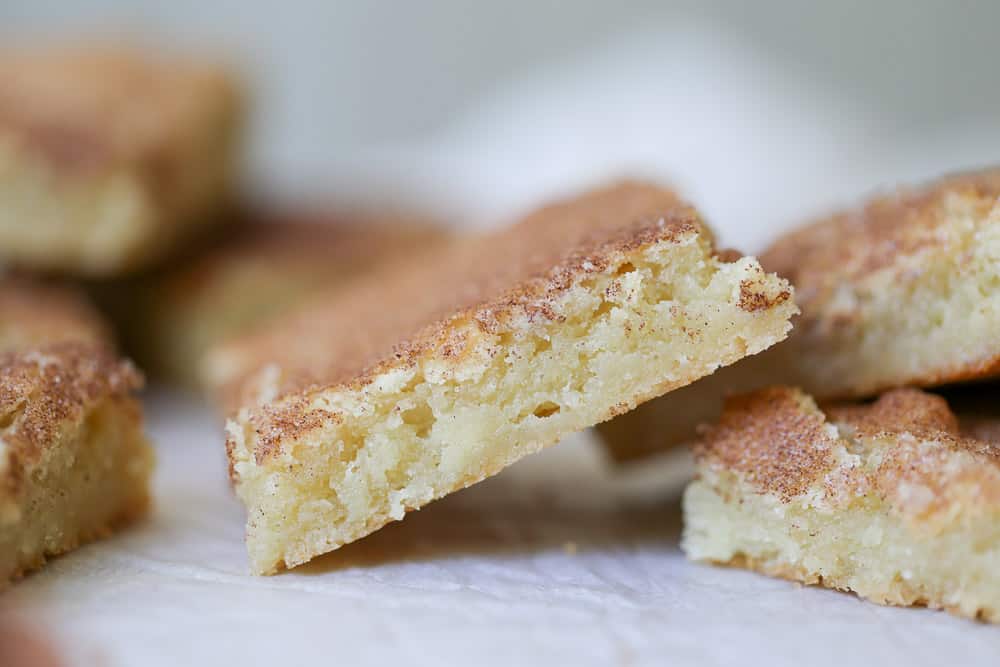 This recipe has very few ingredients and has no leaveners!

Cream of tartar is also often added to baked goods to help activate baking soda. But we don't require cream of tartar, because we don't have any baking soda included in our recipe, so that's why we omitted it. 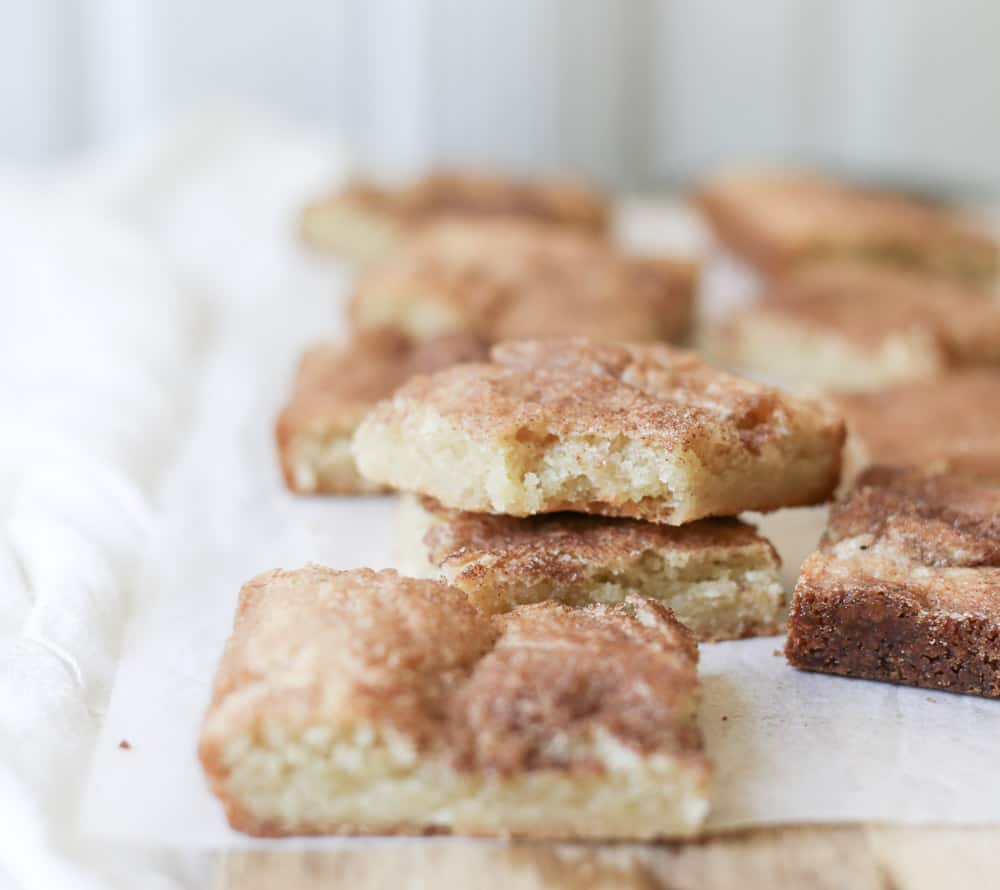 Besides, nothing else matters, because these bad boys are so moist and fudgy tasting! 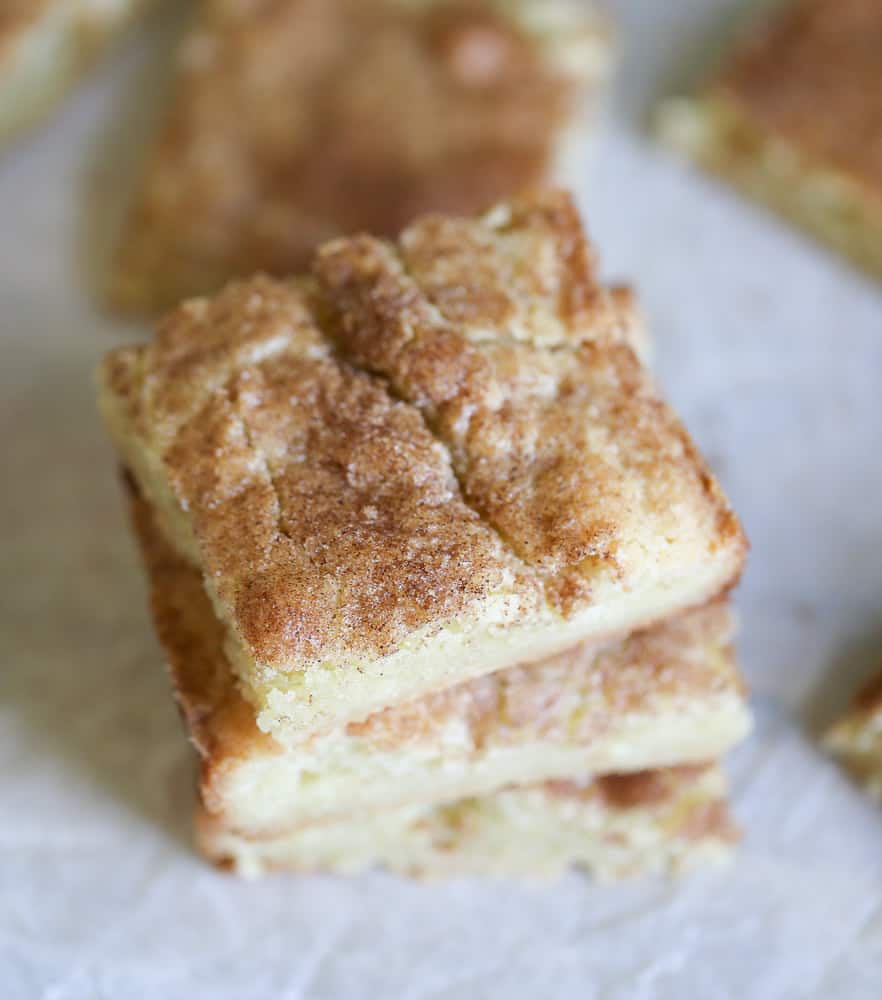 If you love cinnamon flavor... 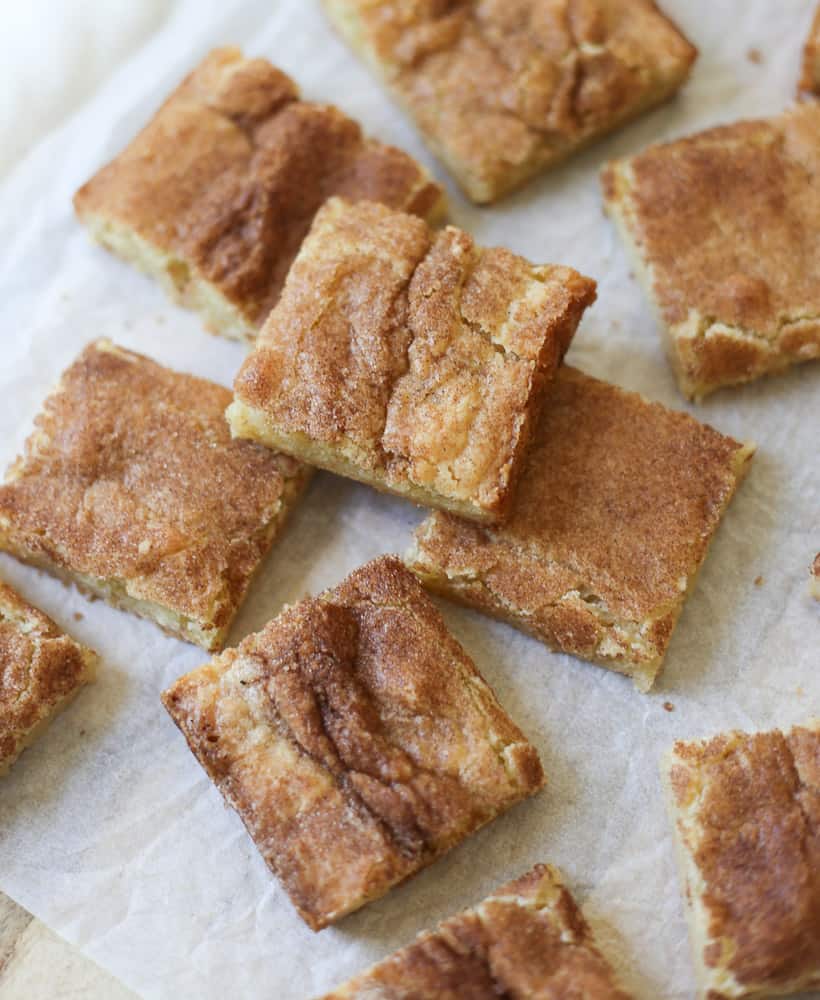 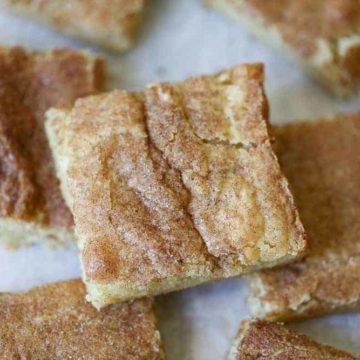 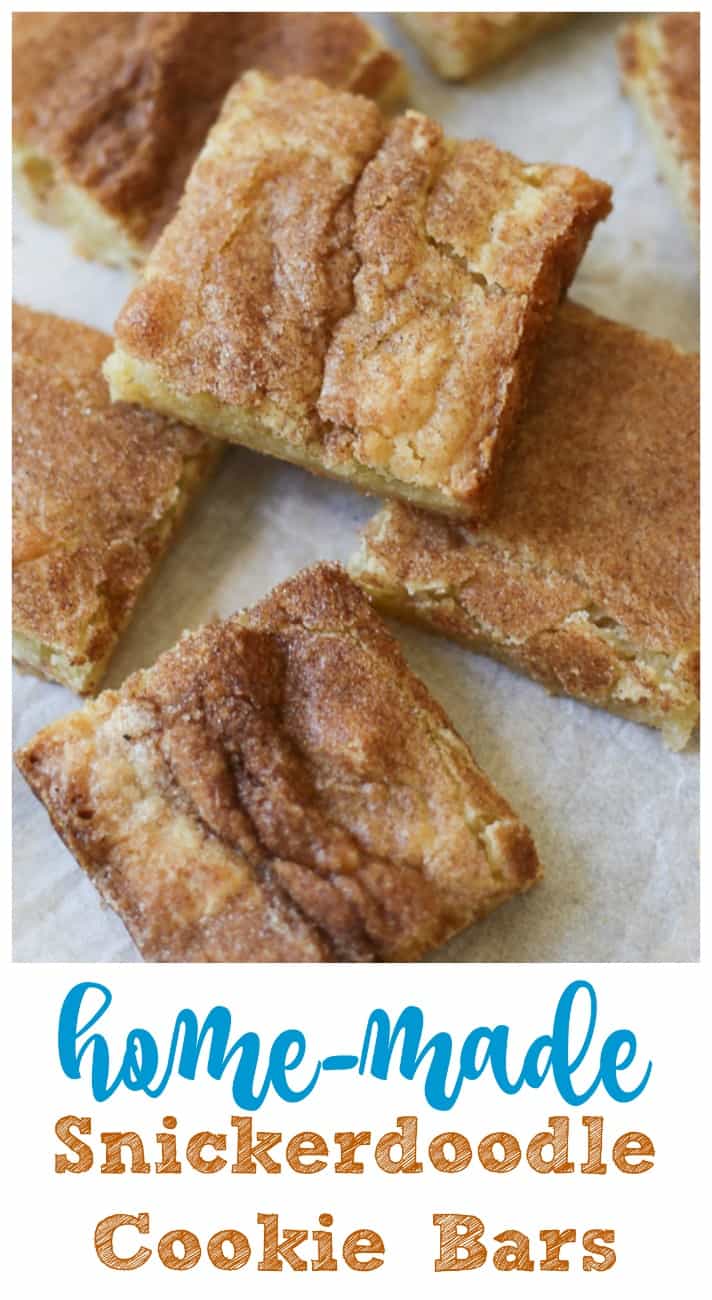